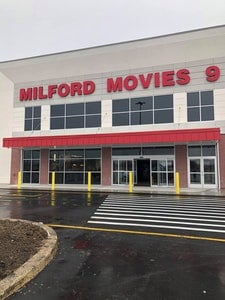 Arthur Helmick, owner of the Movies at Milford, announced on New Year’s Day that the Milford Movies 9 would open at 5:30 PM. The new theatre is located in the former Walmart/Sitel building on Route 113 next to Food Lion The opening of the theatre was delayed due to the ongoing COVID-19 pandemic.

“Because the crews have to be smaller, it took much longer to get the theatre completed,” Helmick said. “I had hoped for a Thanksgiving opening, then a Christmas Day opening, but we are pleased that we are finally able to bring a state-of-the-art movie theatre to Milford. We are extremely grateful for the overwhelming support we have been shown by such a great community.”

Helmick explained that because the pandemic regulations were constantly changing, he also did not want to hire new employees until he knew he could keep them on the payroll. He has managed to keep his staff busy in other ways even when there have not been many customers. Business has been slow at his other theatres, Helmick explained, but that has made it easier for him to adhere to strict social distancing requirements. 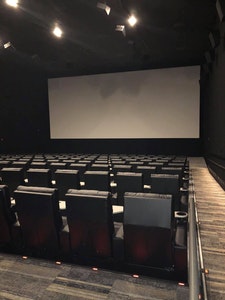 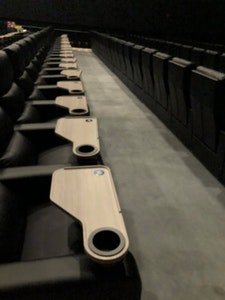 Tickets for movies showing at the new theatre can be purchased on Fandango, at the Milford Movies website or at the theatre.. Helmick explained that Fandango may say that the theatre is temporarily closed and they are working with the online ticket service to resolve that issue. Opening day movies included News of the World, Pinocchio, Promising Young Woman, Wonder Woman 1984, Monster Hunter and The Croods:  A New Age.

“Just got done watching Wonder Woman,” Chris Wood posted on the theatre’s Facebook page. “Such a nice theatre! Everyone was very accommodating and hospitable. Also, I was the very first patron to buy the first ticket.” The theatre is following all COVID protocols. The ticket system they use allows them to block seats so that groups stay six feet apart. The theatre also has a state-of-the-art filtration system that circulates fresh air from outside into the theatre and then out again. Guests are required to wear facial coverings which can be removed inside the auditorium as long as patrons are eating and drinking. 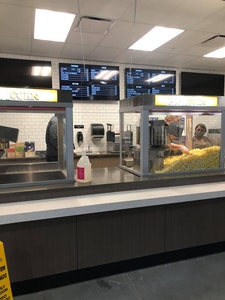 As for the announcement by several studios recently that movies would be released on streaming platforms the same day they are released in theatres, Helmick said he was not concerned.

“This is a complicated issue,” Helmick said. “At the highest level of the industry, the view has always been to protect the theatres. What many people may not realize is that when a studio releases a movie to a theatre, even if it is not good and stops making money, the studio requires the theatre to keep that movie showing for a set amount of time. Now, if they release it in the theatre as well as on a streaming platform and it is a flop in the theatre, they can pull that movie quickly and replace it with something else. There are more than 600 movies made each year but only 150 end up in the theatre. This may allow more movies to end up in a theatre.”

Helmick also pointed out that there are some movies that need the theatre experience to convey meaning. Movies like “Schindler’s List,” “Platoon,” and others are powerful films that are much better viewed in a theatre setting than at home. He also explained that this was not the first time there have been concerns that theatres were in danger.

“It started back in the days of the VCR,” Helmick said. “Television shortens the length of a movie in order to add commercials, so when the VCR became popular, there was concern that it would keep people from going to the movies. It didn’t. Now we live in the world of Netflix and Hulu. What many do not understand is that if you go to the movies to see the film, a ticket may cost $13 to $15. If you decide to stay home and watch it on a streaming service, you will need to have internet which is a monthly fee. You will need to have a subscription to the streaming service, which is usually a monthly fee. The studio is then going to charge an additional fee for the first-run move, usually around $20. By the time you are finished, you have paid far more to watch the movie at home than you would if you had gone to the theatre. Even with streaming services so popular in 2019, theatres did $13 billion, the best year they have had in decades, so I don’t think that this change will make all that much difference to us in the future.”