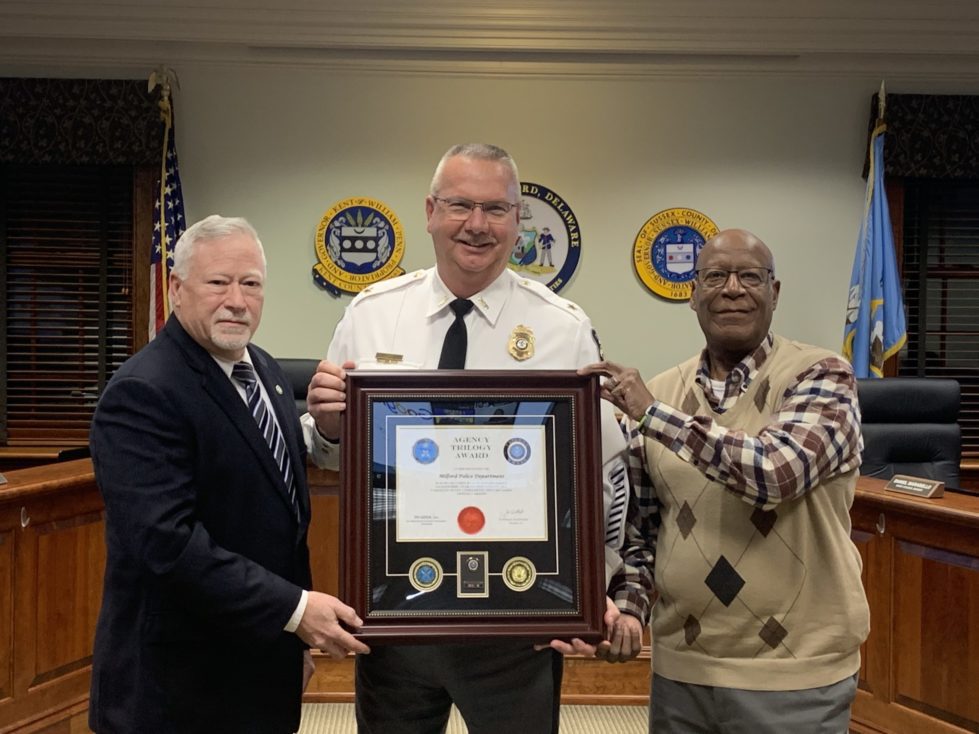 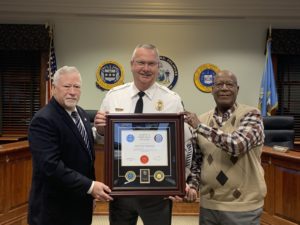 “FBI-LEEDA is an international organization of over 6,000 members,” Chief Horsman said. “And, in Delaware, we’ve trained over 1,000 police officers since 2013 at absolutely no costs to law enforcement. In 2017, the Executive Board approved the Trilogy Award to recognize organizations that have embraced the leadership.”

Horsman explained that all members of an organization’s command executive staff must have completed the three courses  in order to receive the award which is the highest honor bestowed by FBI-LEEDA. He stated that Milford Police Department had achieved that and, as such, were only the second organization in Delaware to do so.

“This award is almost exclusively because of this man right here,” Chief Brown said. “When he started being real active in FBI-LEEDA and got on the executive board, he is the one who got all that done for Delaware. And these classes would have cost $600 to $700 a person. We were able to get not only all of our command staff, but sergeants in Milford are all trained with this training. So, I cannot thank John enough.”

“This award comes straight under the leadership of Chief Brown. Without his efforts this could not have been possible,” Chief Horsman said. “You should be very proud of your chief of police, your police department, your command staff when they’re all doing the same training. It means that they’re all on the same page. They’re speaking the same language, and that’s a big, big deal. But Chief Brown can travel to New Castle County and see that same Trilogy Award sitting on the desk of the Chief of Police in New Castle. When he sees that trophy award, he knows he can speak to that Chief of Police or the executive officer in the same language. And that’s a huge, huge benefit for someone in this state, especially as small as Delaware is and where we all know each other. Thank you very much.”