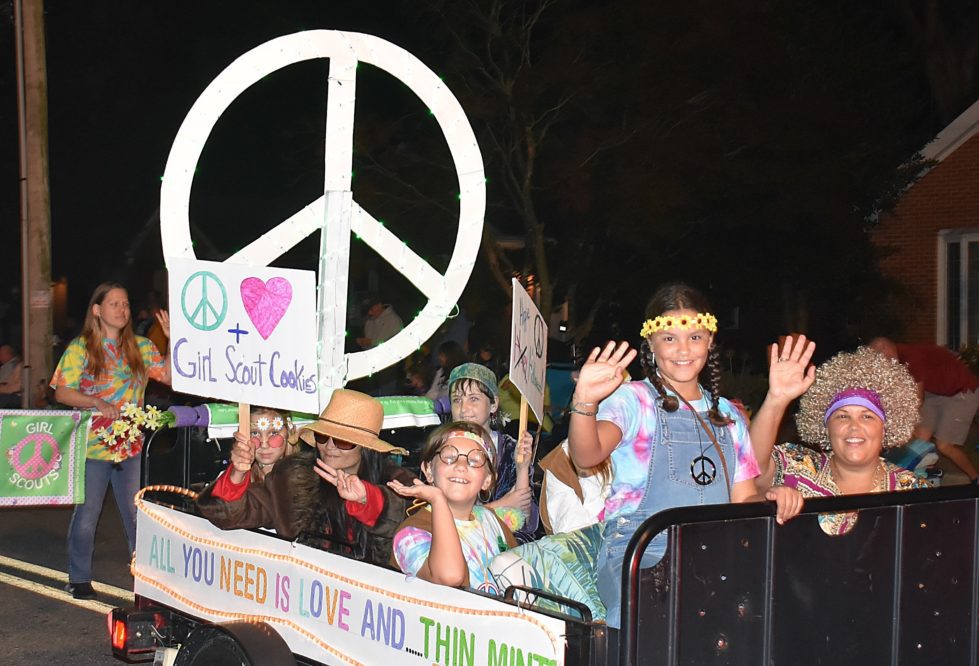 It was ghosts and goblins abound, along with Michael Meyers and other spooky characters, as Milford held its first community parade for the first time since 2018.

Thousands of people lined up along Walnut Street waiting for the first October parade that was hampered by COVID-19 and rain in the past. As the sun went down, the parade kicked off with engines from the Carlisle Fire Department and the Milford Middle School band.

Raul Pelizo brought his family down from Magnolia. It was their first parade since the pandemic.

“We’ve been to the Milford parade a few times over the years but this is the first in a while,” Pelizo says. “It’s good to be back.”

Josh and Meilinda, along with their three young kids, are new to the parade this year. They recently moved to Milford from Virginia and say the parade is something they will look forward to for years to come.

“An amazing experience,” Meilinda says. “For two of our kids, it’s the first time they’ve seen a parade. It’s our first time experiencing a night [parade].”

For many kids, it was a first. It’s been a while since Milford held a celebration – let alone a parade. Communities across the country like Milford were forced to halt past parades and events due to COVID-19 and weather.

La Hacienda, which recently opened downtown, was filled with spectators on the second floor watching the parade. They said the parade made for a nice dinner rush and people grabbing post-parade drinks or food. Dixie’s Down Home Cooking, a food truck parked near town hall, also had hungry patrons grabbing a bite to eat on the way home.

In the end, people were sent home happy and glad to be back out. Life roared back into downtown Milford with the nuance of fall and Halloween.

If everything goes according to plan (and the rain holds off), the next fall community parade in Milford will be held October 19, 2022.