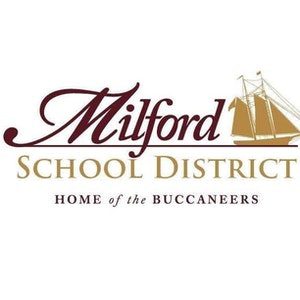 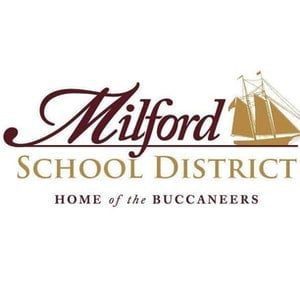 “We tried to condense it some also, obviously realizing at this point time we have a Public Relations Officer and wanting to make sure we include her role as far as policy,” Dr. Kevin Dickerson, Superintendent, said. “Through this previous policy, we did have our attorney review this policy as well, just to ensure that we were covered with things we need to cover in such policy. And he also helped us a little bit here.”

Board Vice-President Rony Baltazar-Lopez asked if it was possible to change the title so it included communication with the public and the media. Dr. Dickerson stated that they felt there was a need to shorten the title, but they would take a look at whether to better refine it. Baltazar-Lopez also pointed out that the original policy named the president of the school board as their spokesperson and the new policy did not. President Jason Miller agreed with Baltazar-Lopez that the official spokesperson for the Board of Education should be the president and not the superintendent. Dr. Dickerson asked if it would be okay for him to speak to the district attorney before changing that to which Miller agreed.

“In the fourth paragraph, can we add a clause in there that mentioned Sport Policy 5313 which is the policy that we had last year,” Baltazar-Lopez continued. “In that same paragraph. there’s a second section that says at the beginning of each school year giving parents and guardians the opportunity to decline or consent to publish names and or pictures of their students. Is there any way that we can add a provision that included to make sure that information is distributed to parents in their native language?”

Dr. Dickerson agreed to add the sports policy and explained that they try to provide all forms to parents in their native language. He believed there was already a policy requiring that, but would check to be sure as he did not want to add a policy that was already in place. Baltazar-Lopez also suggested that the district include social media platforms they use in the policy so the community has an opportunity to see them and follow them.

“I think at one time we looked at some of that, Mr. Baltazar Lopez. When you look at everything here, we tried to make it a bit more concise here as far as the communication, so I think one concern we did have with this with it was that this was going to become very lengthy,” Dr. Dickerson said. “I think one thing that we were very concerned with is how lengthy this was becoming and could we have this concise enough that would cover us for how we should be communicating with the public We’ll also discuss with our attorney and then we’ll bring back up we can bring back a first read again next time.”

Baltazar-Lopez did not disagree with Dr. Dickerson, but felt it would not be difficult to put two sentences in the policy stating which social media the district used.

“My only comment to Mr. Baltazar Lopez is that social media or technology changes so quickly. I mean, if this policy was done the way you’re talking 10 years ago, we’d have MySpace on there,” So I feel we don’t want to always make it a staple that we’re constantly having to revise policies to eliminate this and add this. I’m okay personally with keeping it in social media as a broader term and not labeling specifics. But there may be another resource where we can put those places where we are isn’t directly embedded in a policy that forces us to constantly have to update them every time social media changes. So I apologize, but that is just my thought.”

Baltazar-Lopez stated that adding the actual social media platforms would give the district incentive to revisit policy more often. He felt it should not be decades before a policy was reviewed and updated. Baltazar-Lopez also asked Trish Gerken, Public Information Officer, if she had statistics on how social media outreach had grown since she came on board.

“I don’t have any exact statistics. I can pull it up and can provide at the next meeting,” Gerken said. “But I did create an Instagram when I was in my position and we have over 1000 followers on Instagram. We’ve increased our Facebook followers by at least 1000 And I’m also in the process of creating a new website for us, which will include all of our schools as well and be more open, modern and clean. I’d say the engagement is great.”

Baltazar-Lopez thanked Gerken for what she has accomplished since she came to the district.

“And I just want to thank you for the service that you do for our district because I know, being a PIO myself, is not an easy task. So many props,” Baltazar-Lopez said.

Miller agreed with Baltazar-Lopez regarding the job Gerken has done since joining the district.

“Just a quick comment to mirror my partner here. I don’t spend a lot of time on social media. I do as much as I can, but what I have seen is very positive,” Miller said. “That when I do pop on and I look at what you’re putting on there, you’re doing a great job highlighting the school district in a very positive way. Really reinforcing all the great things that our students and our staff are doing. We the board appreciate the work.”

Dr. Dickerson stated that Gerken also represented the district on various committees in the community and worked closely with the many care providers in the district.

“We recently had one of our really early care providers in the community reach out and say they have such a great relationship now with Milford School District, that it has really improved since Miss Gerken has been in the role here as far as helping us communicate, making sure we understand early care needs, to add to our community or older care providers outside the school district and that relationship has really become stronger here over the last year,” Dr. Dickerson said. “Thank you for all your work there throughout all your responsibilities and one of the things I would like to point out too, we’ve had a lot of our honor society events here, we have different events through the evenings and those type of things and Ms. Gerken is routinely there as well, covering those events for us as well and really, I think highlighting our students and all their achievements.”

The policy will be discussed and placed for approval at the April 25 board meeting.