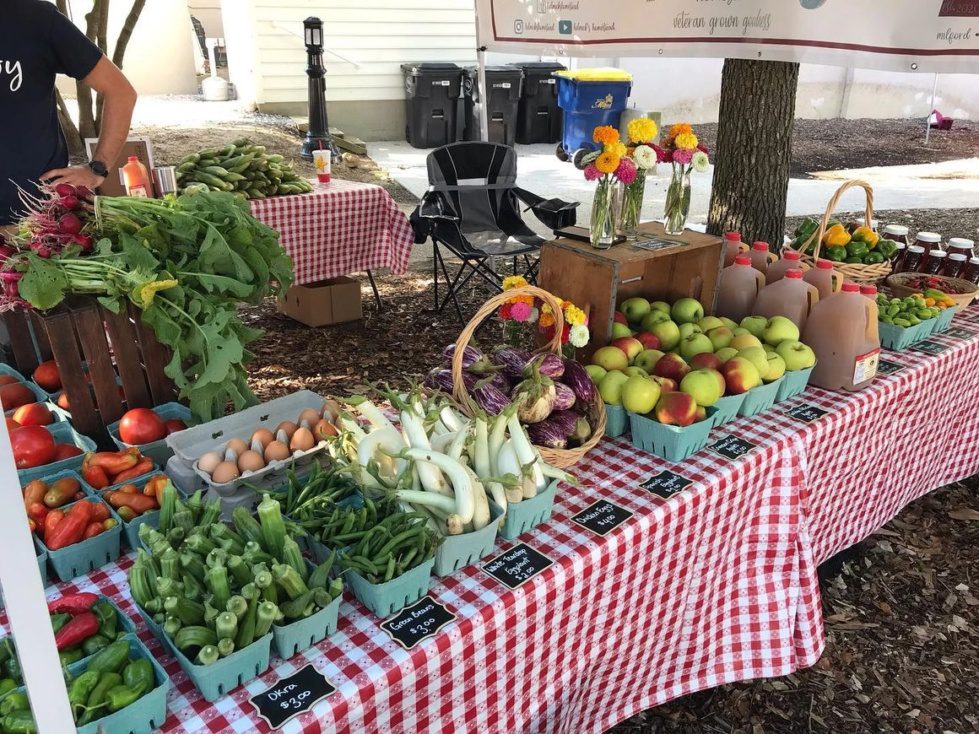 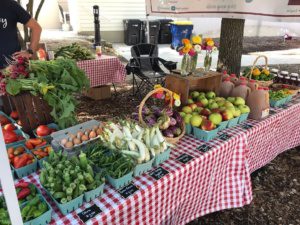 Riverwalk Farmer’s Market will extend the season with After Market

Downtown Milford Inc. (DMI) recently announced that the Riverwalk Farmer’s Market, which has historically ended in October, will expand the season this year with what they are calling “After Market.” According to Lang Redden, chairperson of the Farmer’s Market, the idea to extend the season came to her after last year’s market ended.

“Last year, I saw our Riverwalk Farmer’s Market vendors accepting pre-orders and doing drop off locations all over town during the winter months,” Redden said. “It gave me the idea to start a winter market so they could have one central location and give the community access to fresh produce, locally made goods and unique specialty items all year round. The vendors are committed, the community has a demand and Downtown Milford Inc. is able to foster that connection.”

After Market will be located in the same area of the Riverwalk as the Farmer’s Market and will have the same hours. Shoppers can visit the market every Saturday from now until December 18th. There will be a special Fall Market on November 20, the weekend before Thanksgiving. After a break during the holidays, Redden stated that the market may return in mid-January and run through April, although this is still in the planning stages.

“Only pre-approved Riverwalk Farmer’s Market vendors will be part of the After Market,” Redden explained. “It is a vendor-run market, so to keep things simple, we will not accept new applications at this time. It is the first year, so changes are inevitable as we learn what works and what doesn’t work.”

“Unfortunately, due to COVID-19 restrictions, we had to turn away applicants due to a lack of space,” Redden said. “But, as the season went on, the regulations were loosened, and we were able to increase the number of vendors. As always, we have our loyal regulars, but we saw a lot of new faces and young families this year.”

The Riverwalk Farmer’s Market is the oldest continuously running Farmer’s Market in the state with 2021 being their 26th year. Redden stated that the committee collects a significant number of statistics as DMI must report to their national organization.

“We record how many people come into the market, how much money is done in commerce in the market alone and how many vendors we have,” Redden said. “I’ve only been on the market committee for three years and I remember when it was like pulling teeth to get vendors to come out. I remember when I would go to other Farmer’s Markets and ask their vendors to come to our market. In the last two years, we have not had to do that. We have vendors begging us to get inside our market.”

Redden pointed out that even though DMI volunteers are “very tired and need a break,” the vendors pushed to keep the market going.

“The only reason we can keep it going is because we have the shoppers,” Redden said. “We have the attendees. Despite COVID happening, we still showed great numbers in our Farmer’s Market this year. The craziest thing is that people we have never seen were at the market this year, especially young families with children, with toddlers. I have a two-year old and I’m getting so many playdates out of the Riverwalk Farmer’s Market, it is not even funny. There is no question that the Farmer’s Market along with other events downtown are increasing foot traffic in downtown Milford.”

For more information about the Riverwalk Farmer’s Market and the After Market, contact DMI at 302-839-1180 or visit their website www.downtownmilford.org.