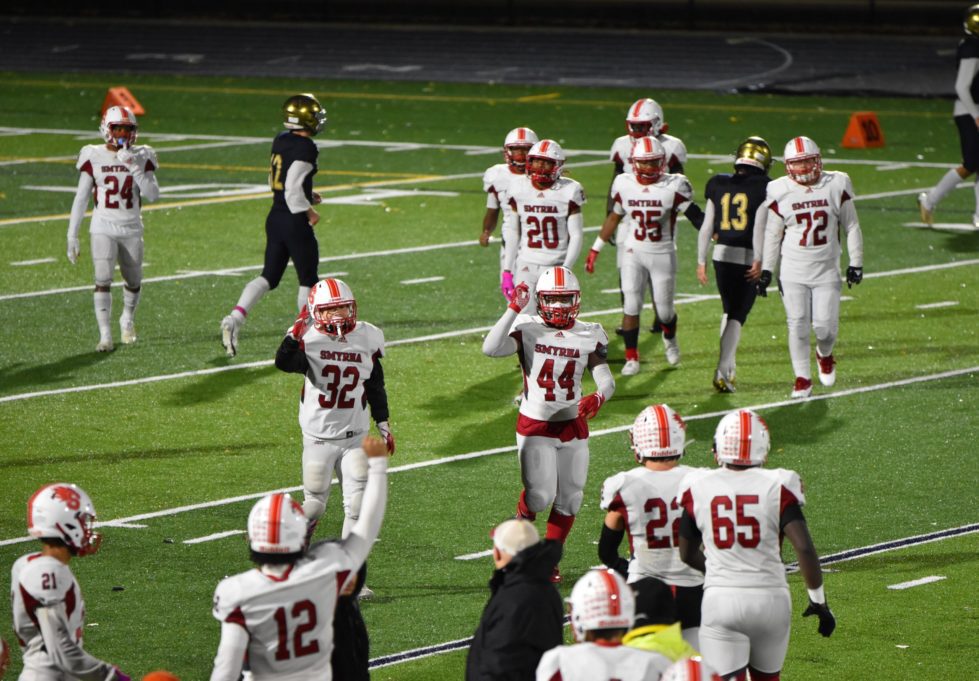 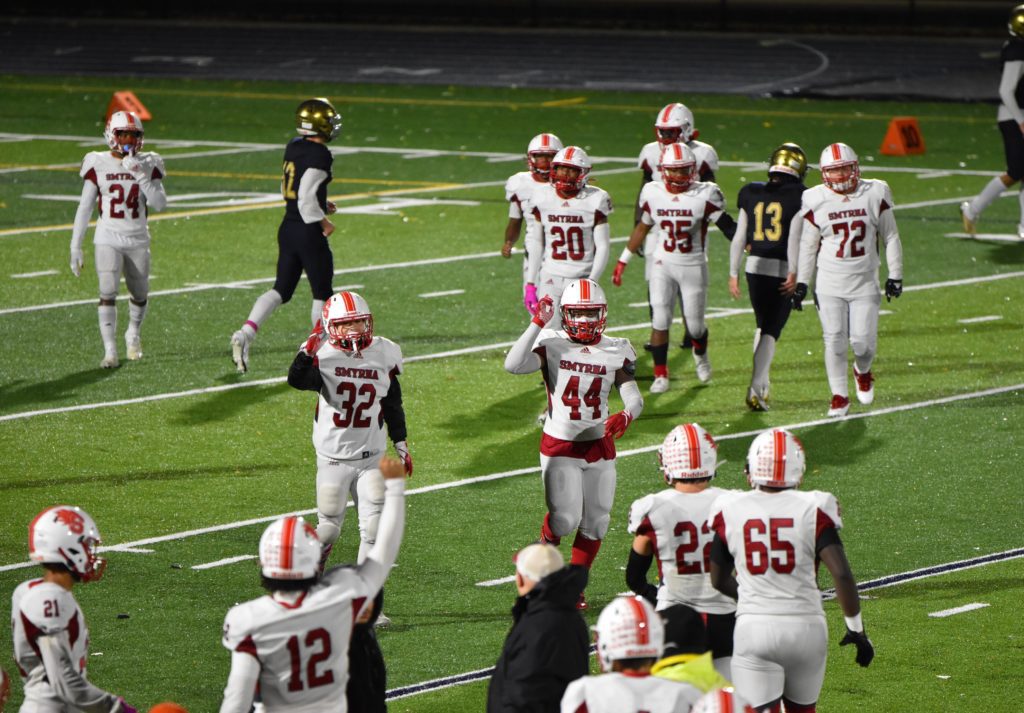 WILMINGTON — Smyrna wasn’t going to let a little rain get in the way when they took the field against Salesianum on Friday night at Abessinio Stadium. A little rain, or a lot of rain, or a whole lot of rain with a stiff wind thrown in for good measure.

The weather was not the greatest, but the show went on, and for the Eagles, that show revolves around the running back, Wayne Knight; the quarterback, Cameron Edge; and the wide receiver, Devin Demoe. All three played pivotal roles in the Eagles’ 28-7 victory over the Sals.

The night didn’t begin particularly well for Smyrna, as Edge had the ball knocked from his grip on the Eagles’ first drive, setting the Sals up at the Smyrna 17-yard line. It took them just three plays and less than a minute to reach the end zone as quarterback Conor Campbell took the snap in the shotgun and powered his way just across the goal line to give the Sals a 7-0 lead with 9:29 to go in the first.

The Eagles answered immediately, taking the lead on a 71-yard drive that took almost four minutes off the clock. Edge began the drive with a nine-yard scramble, but Knight did the rest of the damage on the ground, including a 22-yard pickup on fourth and 8. A few plays later, on fourth and 14, Edge threaded a pass to Demoe at the Salesianum 5. Knight finished the drive with a 3-yard run and a two-point conversion to give the Eagles the 8-7 lead.

The Sals recovered Smyrna’s onside kick at their own 48, but they were unable to muster anything on offense. It was that way most of the night, as the Sals struggled with the wet football, numerous penalties and a strong performance by the Eagles’ defense.

Knight, meanwhile, was far from done displaying his talents. He was all over the field offensively, both running and receiving.  Whether taking a handoff from Edge, receiving a direct snap or catching a pass, he consistently showed the speed and moves that have been his calling card.

Knight gave the Eagles a 14-7 lead with 11:18 left in the first half after taking a direct snap and running in from the 3. The Eagles had gotten the ball after a Sallies fumble, and although it took a few plays, they were able to cover the 12 yards. The score was 14-7 at the half.

Smyrna held the Sals to a three and out to open the second half, and Aidan Montgomery launched a 57-yard punt that was covered at the Eagles’ 10. On first down, Edge dropped back and flipped a screen pass to Knight around the line of scrimmage. Knight was barely touched as he covered the 90 yards, and his two-point conversion made the score 22-7 Eagles.

Demoe scored the final touchdown of the night, taking a pinpoint Edge fade pass in the back of the end zone with 3:53 left in the third quarter.

Smyrna (6-2) will host Appoquinimink next Friday at 7 p.m., while the Sals (5-2) travel to Dover on the same date and time to meet the Senators. 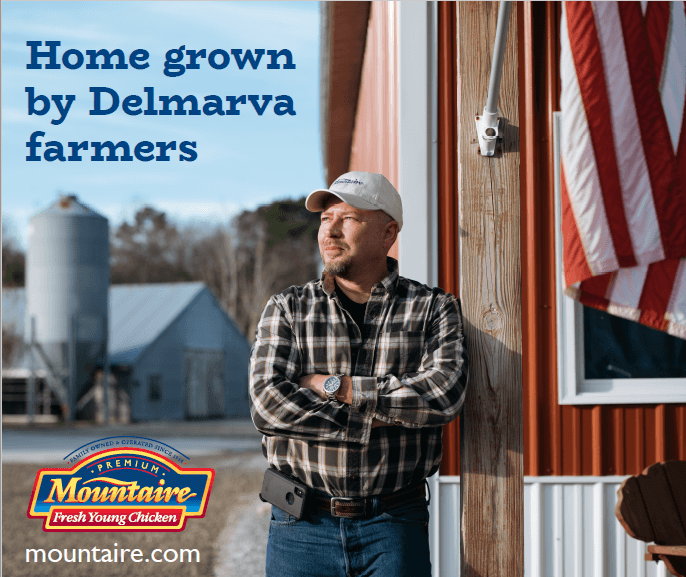