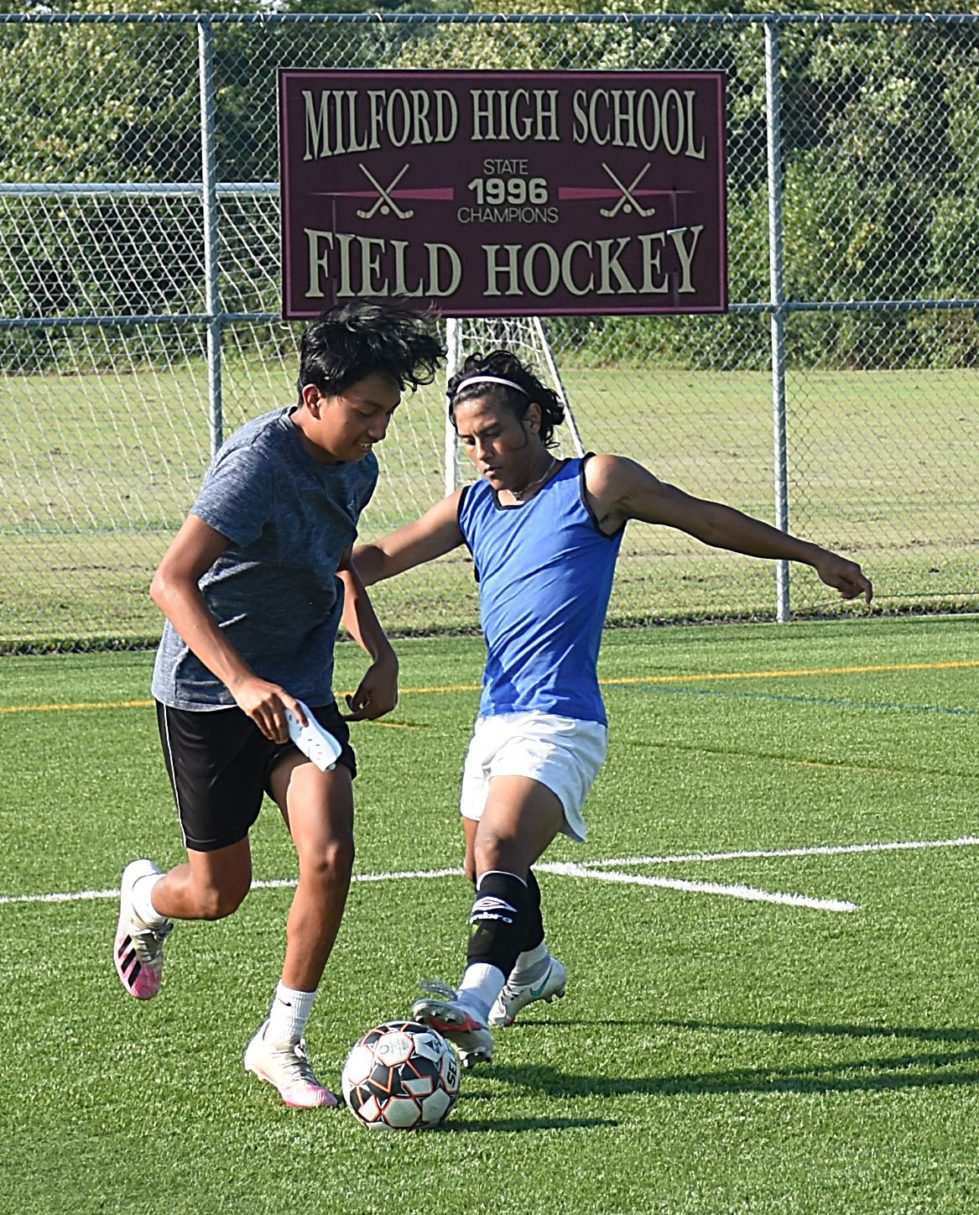 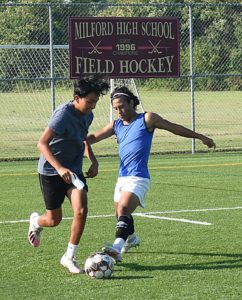 It was all laid out for the Milford Buccaneers soccer team last season. An undefeated regular season, the Henlopen Conference Championship, looked to serve as appetizers for a senior-laden Buccaneers squad poised to make a deep run in the postseason. It all came crashing down on Milford on a windy autumn evening at Briggs Stadium, falling to a visiting Middletown team 2-1 in the opening round of the state tournament. Just like that it was all over, the large group of seniors graduated, and coach Todd French left the coaching ranks.

No matter the obstacles however, the game goes on. New players join the team, and a new leader takes the reins on a young, but talented team. Prince Kemmerlin was selected as the new head coach after coaching boys at the middle school and girls at the high school level. I was able to catch up to Kemmerlin on a hot August Monday afternoon to get a handle on how things have been going so far and what are the plans for the season.

Last season Milford had the luxury of playing three defenders in the back, this year it remains unknown exactly what the defense will look like, but at this point the Buccaneers are looking at four defenders on the back line. “I think we are really going to have to see how the season goes. I have two very talented center backs, but also some other young players that might make a three-man back a possibility. If we could play three in the back, obviously that opens up attacking options for us,” Kemmerlin said. “Jacob Welch and Luke Sollie have been playing well for us at center back and with each practice they have become more comfortable and really beginning to work together well.”

In the midfield, keep an eye out for Paul Sollie and Brandon Zelya who have been solid getting the ball up the field. The player pool has been deepening over the past several days and Kemmerlin expects to have more join the squad over the next few days. “Every day we have gotten a little better and guys have been coming back from their summer vacation, so our numbers keep expanding. The one thing that we have seen is that everyone is working hard, we know that is going to pay off in the end,” Kemmerlin said.

Right now, the striker position is least settled, but the competition has been strong, leaving Kemmerlin with several options. “We have players like Tom Burke, A.J. Nash who is an upper classman who has been working well in camp. Honestly, we could even put Paul Sollie up there if we wanted to really go attacking. Like I said however, we will have a few more players practicing tomorrow. We look to compete every day and the more people we have vying for playing time, the better the team becomes.”

The goal competition is in high gear as well, with senior transfer Jessie Alvarez and junior Jude Kline who has been in the Milford program for three years. “So far those guys have really been playing well, I can easily see them both getting playing time,” Kemmerlin said.

In his first year at the helm, Kemmerlin has some fairly simple goals. “We’re a little young, so we have to learn to come together as a group quickly. I think we can do that; the players are buying into what we’re doing. From there, you want to have a winning season and make the playoffs. I honestly believe this team is up to the task.”

Milford will open the season September 9th, as they host Sussex Academy for a 5:30 kick-off.