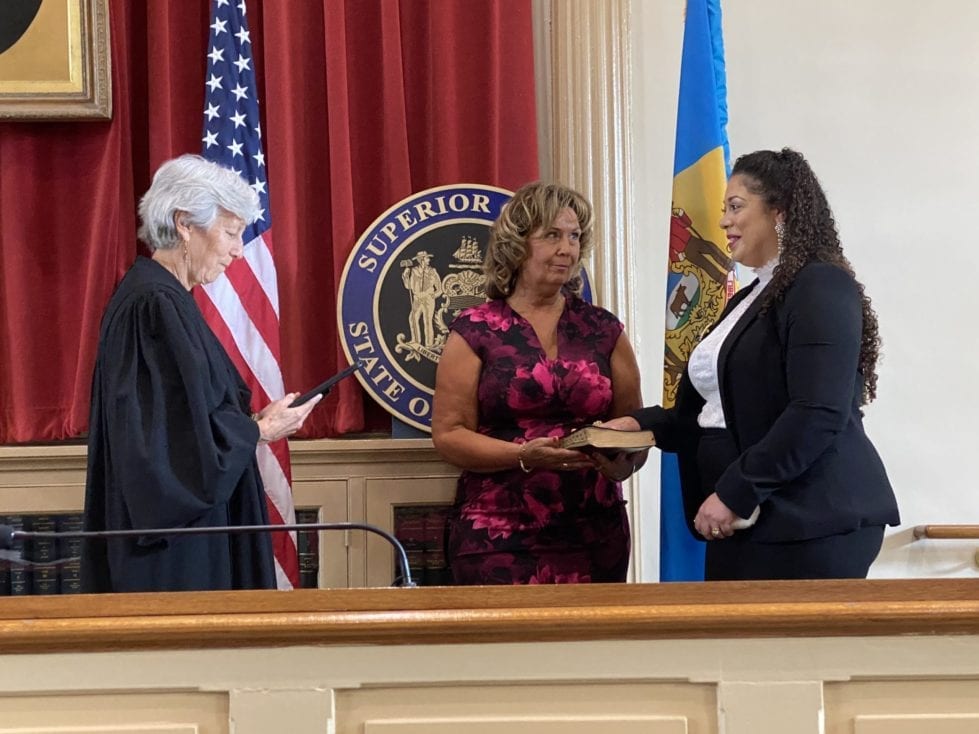 The Honorable Reneta Green-Streett was sworn in as a Judge of the Superior Court of the State of Delaware on Wednesday, May 26, 2021 at 3 p.m. in a small, private ceremony at the Kent County Courthouse in Dover. Judge Green-Streett fills a vacancy created by the retirement of the Honorable William L. Witham Jr.

In taking the oath of office, Judge Green-Streett becomes the first woman and person of color to serve as a judge in Kent County Superior Court.

Prior to joining the court, Judge Green-Streett was a partner at Morris James LLP, where she managed the firm’s Dover office. Her practice focused on representing plaintiffs in personal injury and workers’ compensation cases. She began her legal career as a Judicial Law Clerk to the Honorable Robert B. Young of the Superior Court of Delaware, Kent County.

Judge Green-Streett received her undergraduate degree from the College of William & Mary and her law degree from William & Mary School of Law. She is an active alumnae member of Delta Sigma Theta Sorority, Inc., an organization of college-educated women committed to the constructive development of its members and to public service.