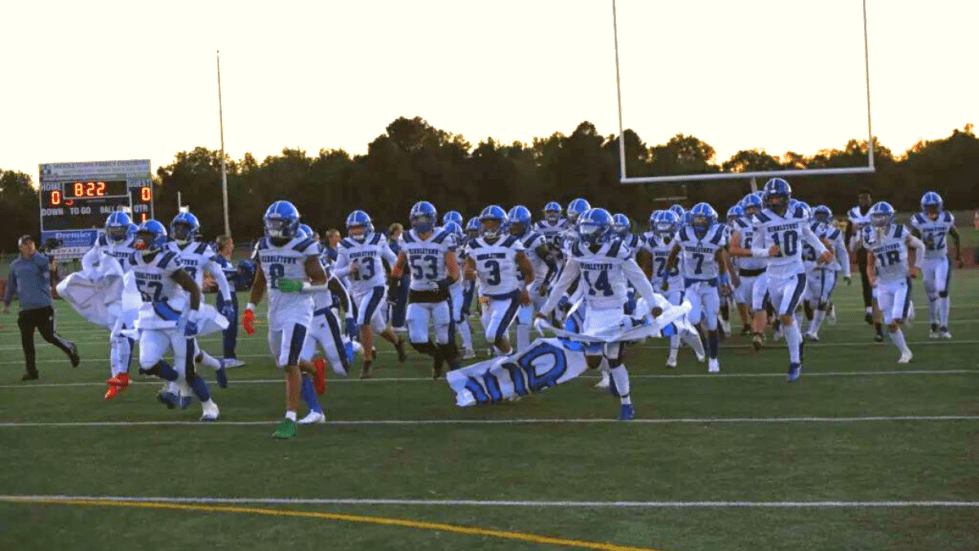 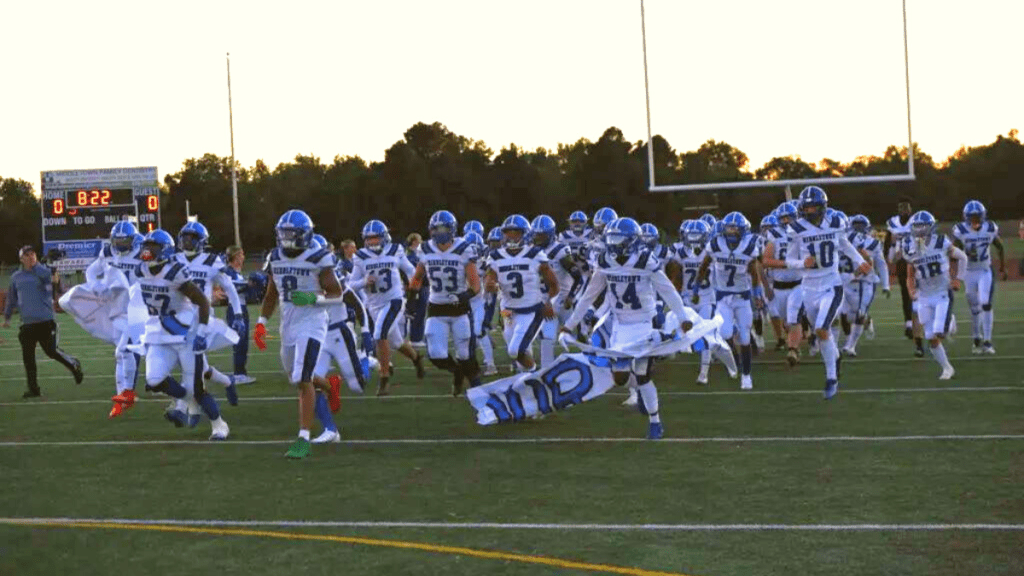 The Appoquinimink Jaguars have never beaten their district rival Middletown (on the field) in football since the Jags started playing on the varsity level in 2009.

That streak continued Friday night in a “hard-fought” game at Appoquinimink High School. The defending state champions scored on two long plays to secure a 14-0 win in front of a capacity crowd of more than 2,300.

Noah Kracyla returned the opening kickoff 61 yards from his 9 to the Jags’ 30, giving the Cavs excellent field position to start the game.

However, the Appo defense rose to the occasion, stopping Middletown on a short run and 3 straight incomplete passes.

Then it was the Daniel McConomey show.

The junior halfback carried the ball on nine consecutive plays, gaining nearly 50 yards to the Cavalier 24, but the Cavs held on downs. The two defenses continued to dictate the flow of the game until the Jags punted early in the 2nd quarter and Michael Pearson returned the kick 86 yards for the only touchdown of the first half.

At halftime, Appo outgained Middletown 128 yards to 17 plus the Jags’ “ball control” offense ran 32 plays to 13 for the Cavs, but the number that counted the most was the 7-0 lead for Middletown.

The Cavalier pass attack came to life in the second half as Austin Troyer and Ty’ Hynson hooked up on an 84-yard catch-and-run to give Middletown a 14-0 lead. Troyer ended up completing 9 of 22 attempts for 171 yards and a touchdown. He has passed for over 500 yards in three games so far this season.

The Jaguars advanced inside the Cavs 10-yard line only once and could not score against the “bend-but-don’t-break” Middletown defense.

McConomey ended the night with 154 yards on 44 carries to lead the Jags. He has 533 rushing yards and 6 touchdowns in three games.

Not counting last year’s forfeit win, this was the closest game between the two schools since the Middletown 14-13 victory in 2019.

The Jaguars fell to 0-1 in District 1 (1-2 overall) and will travel a few miles north next Saturday to face St. George’s Tech in another District 1 contest.

Middletown (1-0 / 2-1) will travel to Ohio for a meeting with Washington High next Friday night in a game to be played at Paul Brown Stadium.