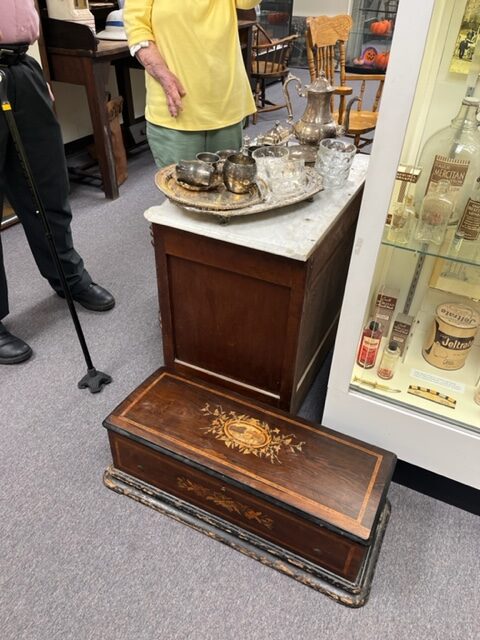 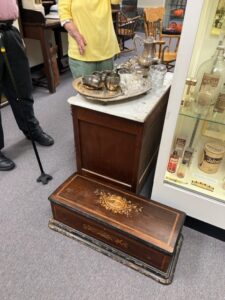 General Alfred Thomas Archimedes Torbert, although born in Georgetown, has become one of Milford’s heroes. A decorated Civil War hero, fighting at the Battle of Gettysburg, Torbert was also appointed as U.S. Consul to El Salvador in 1869, U.S. Consul General in Havana in 1871 and U.S. Consul General in Paris in 1873. He and his wife, Mary Currey, lived in a beautiful home which stood where the parking lot for the M&T Bank now stands, and a statue now stands outside the Milford Museum in his honor. Recently, the museum accepted two generous donations of artifacts that belonged to the decorated general during his life.

“In April 2022, the museum was fortunate enough to receive a very large steamer trunk which belonged to Civil War General A.T.A. Torbert,” Claudia Leister, Executive Director of the Milford Museum said. “This 1855 trunk has “General A.T. Torbert Milford, Delaware” stenciled on one side, and “General A.T. Torbert U.S. Consul General Paris” on the other. When Mrs. Torbert died in 1896, her will left the house to Dr. & Mrs. Cahall. They subsequently moved to Bridgeville and the trunk was found in the attic of their house.”

Just recently, the Wray family also donated items that had originally belonged to the Torbert family. Torbert was washed off deck during a hurricane off the Florida coast in 1880. Aboard the Vera Cruz, Torbert was traveling to Mexico. Reports were that he made it to shore some 20 hours after the ship sank but he died on August 31, 1880. His widow was inconsolable until her death 16 years later. 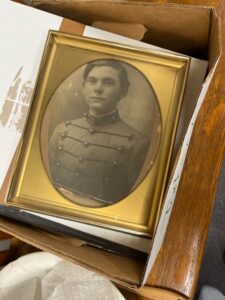 “Dad was a lifelong history buff, it truly was his lifelong passion,” Robin Wray, one of the children of Dr. Gary Wray who collected the items, said. “Dad received his M.A. in American History from the University of Delaware in 1969, the same year General Torbert’s house in Milford was destroyed. This is when Dad got to know Marvin Schelhouse, who he shared a love of Civil War history with, and, specifically, General Torbert’s history.”

The donated items included a marble top washstand and wall mirror, a wash bowl and pitcher, a music box made in Paris, a set of 11 goblets, a set of silver pieces, a decanter, a Lefaucheuw M1858 revolver and a photograph of Torbert as a young man. Wray states that, growing up, the children were well aware of the Torbert history and the items in the home that formerly belonged to the late general.

“We even had a family dog growing up named Alfred after General Torbert,” Wray said. “Our dog turned out to be a girl, but the name Alfred stuck.”

Dr. Gary Wray received his Bachelor of Arts in History and Education from Morris Harvey College, now known as the University of Charleston, in his home state of West Virginia where he met his future wife, Nancy, who took a job teaching English in Caesar Rodney High School in Delaware. In 1966, the couple married, and Gary moved to Delaware, teaching Social Studies at Dover Air Force Base High School. He wrote his master’s thesis, entitled the “Civil War Career of Alfred T.A. Torbert” on the general’s Civil War accomplishments. A copy of the thesis was also donated to the museum.

“Dad found General Torbert’s personal items at auction,” Wray said. “We donated these items to the Milford Museum because that is where Dad wanted them. Dad was a lifelong storyteller of history and loved sharing his knowledge of history with others. This is the family’s way of making sure Dad is still able to do this posthumously.”

The museum plans to create a special exhibit in order to display the donated items and pay tribute to the memory not only of General Torbert but also of Dr. Gary Wray.