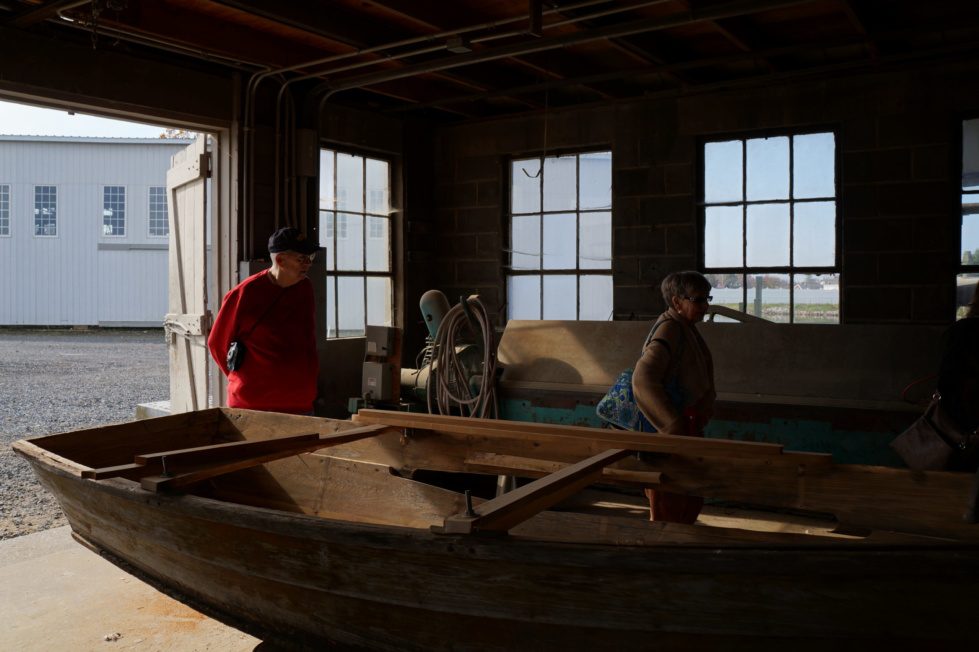 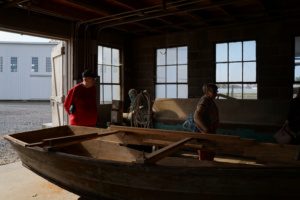 The Vinyard Shipyard Task Force continues to work to create a tourist attraction at the shipyard location.

Downtown Milford, Inc. (DMI) Vinyard Shipyard Task Force continues to work toward a private-public partnership that would expand the Mispillion Greenway. The task force, which has been working on the project for three years, hopes to create a tourism center for the city.

“Right now, you have to kind of walk from the park through the church and back around to get to the Riverwalk,” Matthew Babbitt, Site Director at Abbott’s Mill Nature Center and a member of the task force, said. “I know that Parks and Rec has received grant funds that are contingent on the switching of the shipyard from private to public in order to extend the Riverwalk down along the river and through the parcel there which would be great.”

Babbitt explained that the task force has spent a lot of time bringing in constituents and fund raisers to seek funding as well as support for the project. A business plan has been created and an appraisal completed.

There has been support all the way to the Governor’s office,” Babbitt said. “Recently, we were awarded $800,000 from the Community Development Fund which is part of the Bond Bill courtesy of Senator Wilson. That money will be used as a starting fund so we can go after larger funding from organizations like the Longwood Foundation and other private foundations. Our goal is to build up to the appraisal price which is $3 million and that is just to purchase the shipyard. We would still need operating funds as well as a master plan to create a tourism center for the town. It would be a very beautiful event space and the shipyard activities could still continue.”

According to Babbitt, the task force has spoken to several non-profits in the area who would continue the daily activities of the shipyard. There are plans to create an apprenticeship program which would create workforce development opportunities for the community. The group also hopes to use the shipyard for eco-tourism.

“Abbott’s Mill has been partnering with Milford Parks and Rec this whole year, leading four kayaking trips each month on the Mispillion River and the millponds,” Babbitt said. “This was birthed from the shipyard task force. We are seeing tourism coming. We had a young couple who was in town from Cincinnati for Firefly. They ended up joining the kayaking trip just a few weeks ago. We see visitors from DE Turf and the booming beach traffic. Tourism is growing here in Milford and we see the shipyard as a central piece for that. It can really be everything, an event space, workforce development, tourist area, the expansion of the Riverwalk and public facilities as well as a draw for other economic development in the area.”

Babbitt explained that the task force is working with local colleges, including Delaware Technical and Community College as well as the University of Delaware to build up the workforce development portion of the project. They have also met with leaders in St. Michael’s and are working to bring them to the shipyard to gain an understanding of how to capitalize on the area. The task force has also visited the Riverfront Development Corporation in Wilmington to learn what they did to grow that area.

“Obviously, our Riverwalk is not as industrialized as Wilmington, but it is the same model,” Babbitt said. “We would use the Riverwalk to draw people in and make it an active part of Milford life.”

The Vinyard Shipyard is the last remaining shipyard in Milford, restored by Sudler and Joan Lofland. In the late 18th century, Milford was known for the ships constructed along the shores of the Mispillion. The Vinyard Shipyard was known for building high quality sailing vessels and tugboats. When World War I began, the shipyard created wooden sub chasers for the Navy and during Prohibition, built rum runners for the Coast Guard. During World War II, the shipyard built wooden-hull sub chasers. From 1927 until 1951, Vinyard built luxury yachts. The shipyard continued repairing ships and building wooden boats until 1973. Delaware Marine & Manufacturing took over the shipyard, building boats there until 1983 when it was abandoned. The Lofland’s purchased the property and restored the shipyard. It was designated as historic in 2016.