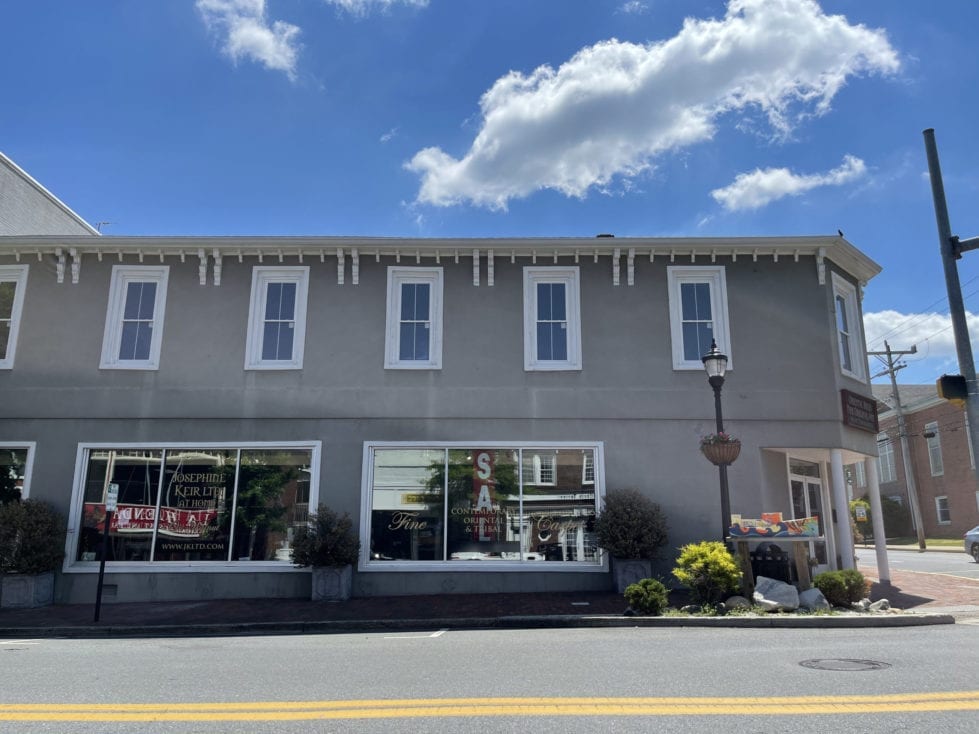 On May 24, Milford City Council approved a request to convert a retail single occupancy property in downtown Milford to a mixed-use development. The building, located at 27 South Walnut Street, currently houses Josephine Keir Ltd., but Avery Properties has purchased the location with plans to add four retail spaces on the first floor and three luxury apartments on the second floor.

“We are super excited about this building in Milford,” Dustin Parker, co-owner of Avery Properties, said. “We plan three higher-end luxury apartments upstairs with retail along with a restaurant and catering. We have had some discussions with the gentleman who owns the Counting House which will now be the Department of Justice, hoping we can bring him to Milford.”

Councilman Dan Marabello asked what type of retail the company proposed to add to the lower floor. Parker explained that they had not confirmed the type of retail yet, but that two of the spaces would be occupied by a real estate and mortgage office, companies currently owned by Avery Properties. The plan was for those two offices to occupy the two smallest units in the proposed development.

“As owner-occupants, we intend for them to look beautiful,” Rachel Parker, co-owner of Avery Properties, said. “They will have glass door fronts and a beautiful façade that will fit with the neighborhood.”

Rob Pierce, City Planner, read an email into the record from Dave Pickrell, owner of Gallery 37 and the North Pole Creamery.

“We are in full support of the proposed use change,” Pickrell wrote. “We are very pleased Avery Properties has recognized Milford as a place to open businesses after Rehoboth and Lewes. Their goal is to create luxury apartments and bring more businesses downtown. Voting yes will have a positive impact on downtown and generate positive foot traffic in the area.”

The building is iconic in Milford, built by Col. George H. Hall in 1878. Initially, the building housed a dry goods store and had a distinctive cupola mounted at the corner of the entrance. In 1920, Robert Arthur “Buck” Derrickson opened Derrickson’s Men’s Clothing Shop which operated at the location for more than 60 years. In a history of Carlisle Fire Company, Derrickson’s is mentioned as one of the first items of business for the newly formed company, the “purchase of their first uniforms and caps from Derrickson’s Men’s Store in Milford. Tom Derrickson, Buck’s son, took over operations of the store eventually. The cupola was removed in 1930.

In 1995, the building was renovated and housed Graves Uniforms although many residents recall it as the location of Heishman’s, a screen-printing company.

“It has been a great experience working with the Parker’s and seeing their vision for this neighborhood,” Heather Morrison of Fisher Architecture said. “They have done their research; they know what will help the community and I just wanted to shout out my approval. I am excited to see this project in the City of Milford.”

Councilman Brian Baer commented that he was a “very enthusiastic yes” on the project, stating that he thinks it will be great for downtown while Councilman Andy Fulton stated that this could be another revitalization of the downtown area.

“I have been very involved in downtown with the theater, DMI and other organizations,” Councilman Marabello said. “I think the way that David described his endorsement was excellent and I agree wholeheartedly. It is a win-win for downtown.”

Council approved the request with a vote of seven to zero.