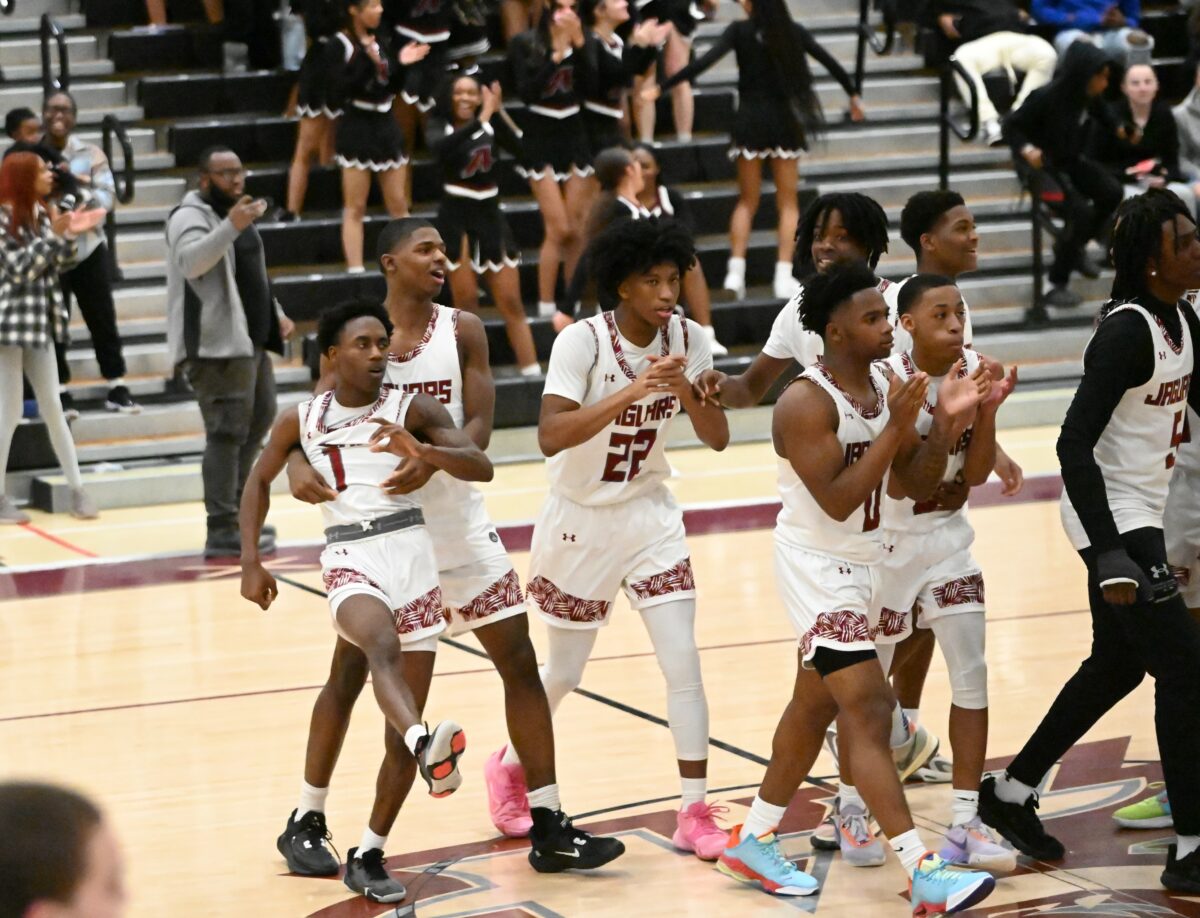 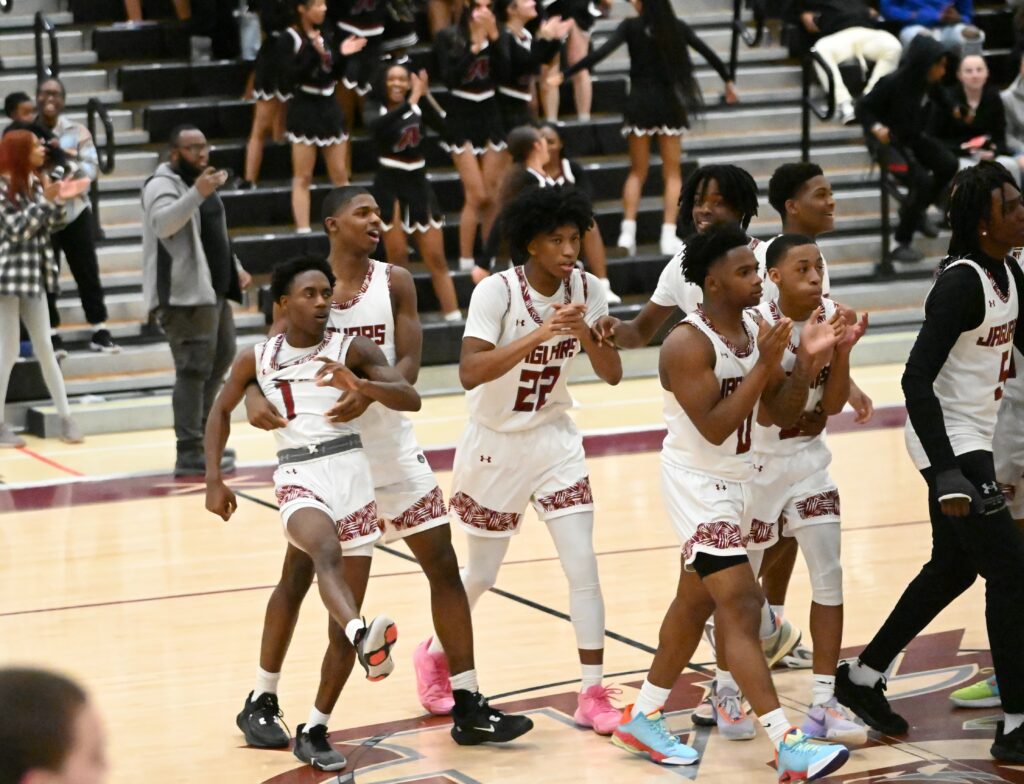 (Middletown, DE)  When the 6th and 7th ranked teams in the Delaware Live-302 Sports poll get together, a close game is expected. That is exactly what transpired Tuesday night as the Caravel Buccaneers (No. 6) and Appoquinimink Jaguars (No. 7) battled into overtime in a Jags 71-62 victory.

There was no indication the game would be tightly contested early, as the Jags made three shots beyond the arc, one each by Haji Bell, Riley Buzby and Christian Barksdale to take a 20-11 lead with 1:10 to go in the opening quarter. Caravel tightened things up as Trevor Webster went on a personal 7-0 run closing the gap to 30-27 in the 2nd period. The first of two buzzer beaters happened just before half as the Bucs’ Ryan Black drained a “three” and the two teams headed to the locker room with Appo ahead 32-30.

The Bucs and Jags would battle the entire second half. Appo went on an 8-0 run early in the third quarter thanks to the “3-B’s” as Buzby and Barksdale nailed long range shots and Bell converted a layup. That gave the Jags a 40-32 advantage. Undaunted, Caravel put together a 10-0 run on baskets from Mekhi Carmon, Miles White, and six points by Dominique Wyatt. That run gave Caravel its first lead (42-40) since the start of the game. From that point on, the game would be closely contested.

There would be 7 ties in the second half and you could feel the tension building. The final 3:30 of regulation featured tenacious defense, clutch rebounding, and excellent-unselfish ball movement. With the home team Jags nursing a 2 point lead, Rey’ Carrier used his length to save a ball headed out of bounds and made a great pass to Buzby for a “lay-in” and a two possession advantage. On the other end of the floor, a White “dish” to Wyatt in the lane produced another “highlight” basket and the Bucs closed to within two points. Those 2 players would reverse roles on the following play, as Wyatt found White for a layup and the game was knotted at 50-all with 1:45 to go. Two foul shots by Appo’s Barksdale and a Buccaneer bucket by White and the game was 52-52 with barely :80 left.

The defenses took over until Appo was whistled for an offensive foul with :26 on the clock. Caravel head coach Mark Tobin called a timeout to set up the pursuing (and crucial) play. The Bucs came out of the time out and worked the clock down until Wyatt drove into the paint, cradled the ball in his right arm and “kissed” the glass for a 54-52 lead. Appo coach Tom Purse quickly called a timeout to set up the final :09 and hopefully tie, or take the lead. Daniel Harvey was guarded tightly as he crossed half court. He momentarily bobbled the ball before passing off to Bell. Haj’ faked right, moved left and swished the buzzer beating jumper to send the crowd into a frenzy, and the game into the extra period.

The overtime began with Buzby making 2 free throws, and a Caravel long range jumper by John Clemmons to give the Bucs a 1 point lead. After 2 foul shots by Carrier and one by Trevor Webster the game was tied at 58-all with :90 left. The Jags grabbed a two-possession lead when Buzby made four consecutive foul shots and Caravel could not overcome that deficit. Buzby went 9/10 at the line in overtime keeping the Jags “at arms length” from the Bucs, who were forced to foul in the final moments of the game.

Caravel was led by Dominique Wyatt’s 18 points, while John Clemmons added 13, and Miles White scored 12. The Bucs fell to 6-4 with “in-state” losses to Tower Hill and Appo, both ranked in the top ten.

Appo was paced by Haj’ Bell’s game -high 19 points, Riley Buzby put up 17 with all but three of those points coming in the 2nd half and OT. The Jags improved to 9-3 with the win.