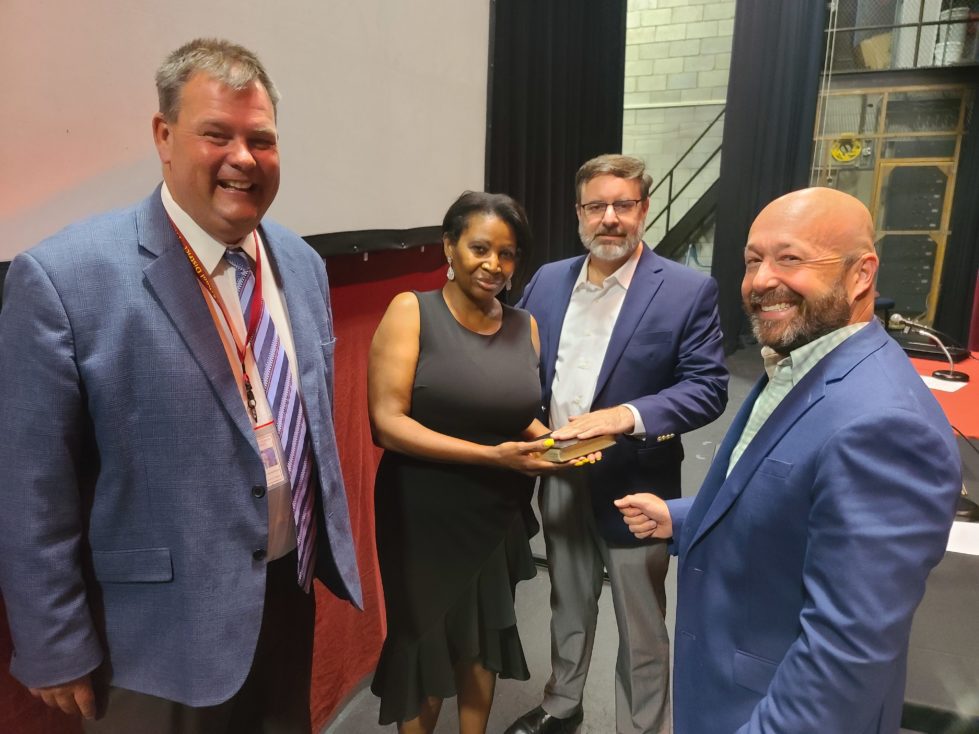 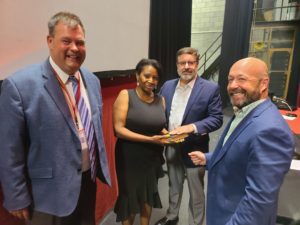 Superintendent Kevin Dickerson and Board President Jason Miller stand with Matt Bucher and his wife, Renee Lang, after Bucher was sworn in.

On Monday, July 11, Matt Bucher was sworn in as the latest school board member. Bucher took the seat previously held by Rony Baltazar-Lopez who chose not to run for reelection. Bucher defeated Jaylyn Powell with almost 67 percent of the vote in the May election. Scott Fitzgerald, who ran unopposed, was also sworn in at the meeting.

Bucher was a volunteer in Milford School District for 15 years, reading to children at Evelyn Morris Early Childhood Center and chaperoning dances and other events. He served on the School Counselor’s Parents Advisory Council. He decided to run for school board to effect change in areas where he felt the board had fallen short. He is concerned about academic rigor and educational recovery after a two-year pandemic. He also feels there needs to be an expansion of the gifted and talented programs in the district, better bullying prevention and addressing school violence.

At the reorganization meeting, Jason Miller was elected to serve as President of the Board. After the election of officers, the board adjourned into executive session before returning to the regular meeting to conduct board business.

Bucher and Fitzgerald will serve a four year term set to expire June 30, 2026. The next school board seats up for re-election are for Area A, currently held by Jason Miller, and one At-Large seat, currently held by David Vezmar. Both of their terms expire in 2023.