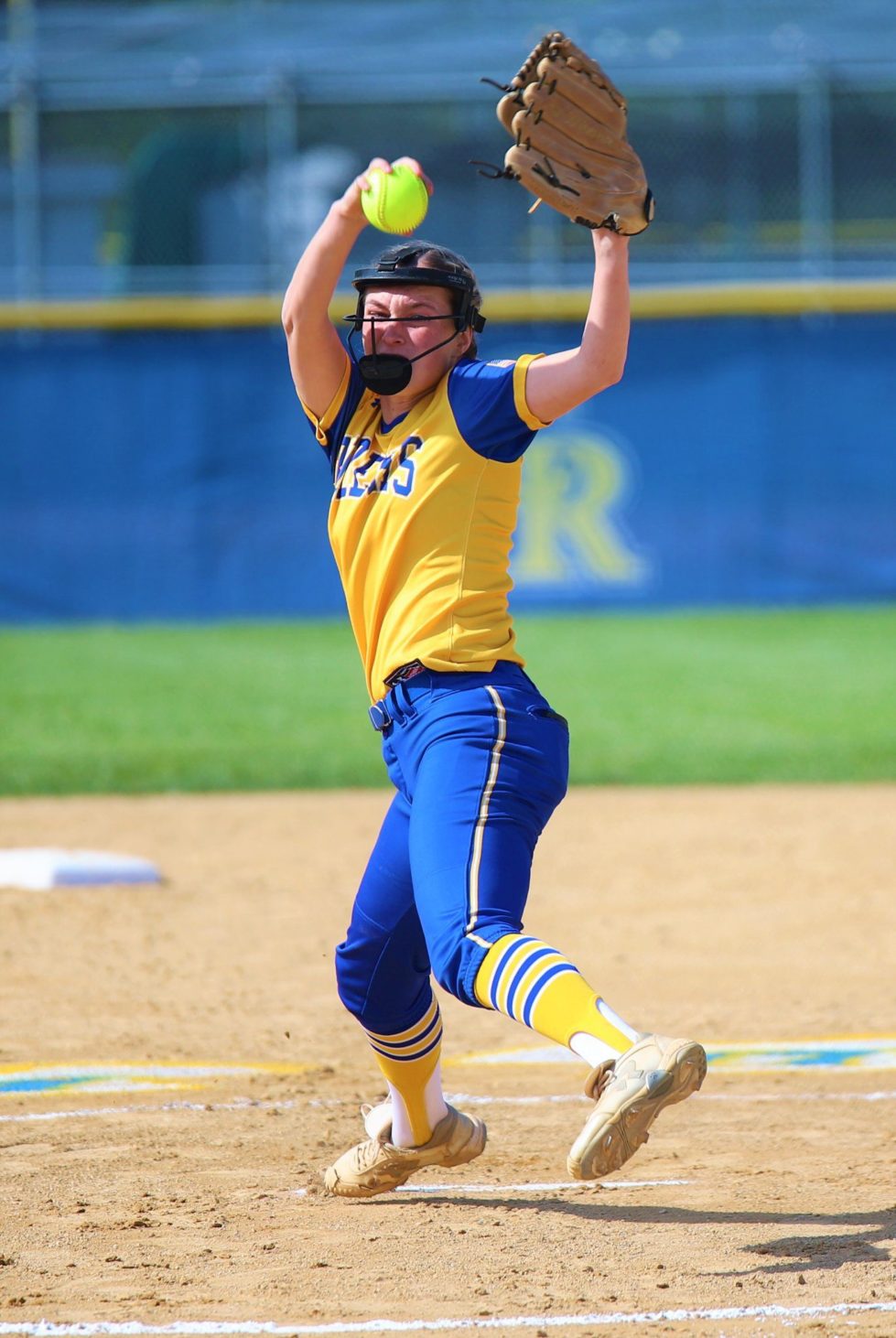 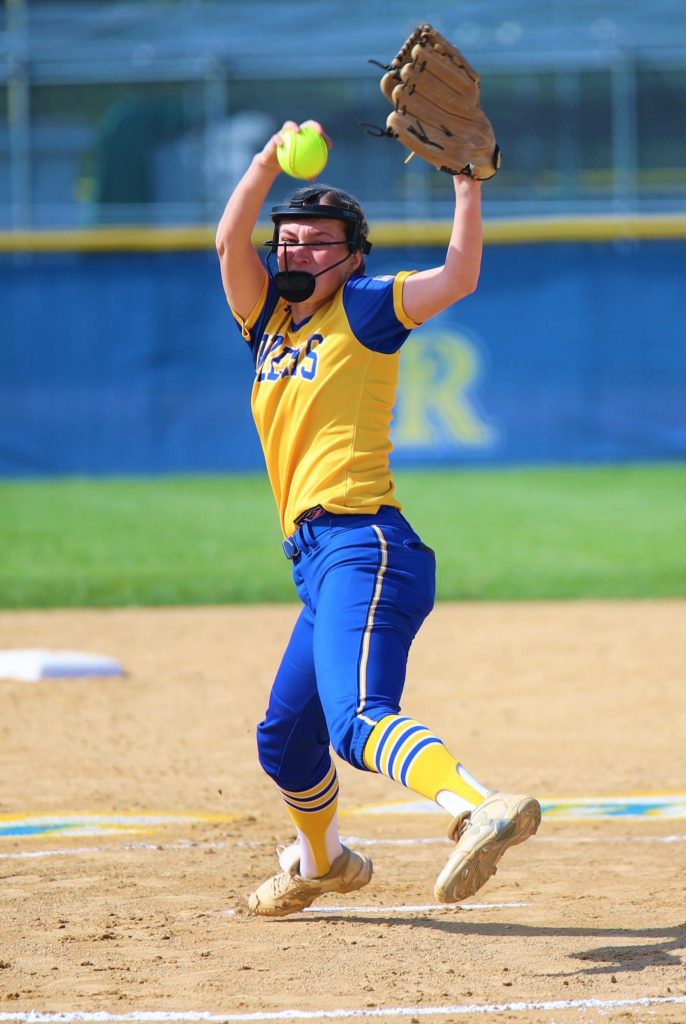 Lewes – On a cool and blustery Tuesday afternoon the Caesar Rodney softball team stepped off the bus at Cape Henlopen and went right to work. The Riders put up five runs in the top of the first courtesy of back to back homeruns by Peyton Shields and Stacey Deputy.

The Riders then added 10 more runs in the top of the second inning powered by a three run blast off the bat of Bailey Minear as the Riders jumped out to a quick lead enroute to a 20-0 Henlopen Conference Northern Division victory.

The Riders’ impressive offensive output came just a day after Cape Henlopen took number one ranked Caravel to the wire on Monday night, falling 8-6 to the Buccaneers.

“We knew they just came off of a tough game and that they were going to carry that momentum into today. Our goal was just to stay in control in every aspect,” Caesar Rodney head coach Skye Boris said.

Shields allowed just one hit in five innings striking out eight and issued four base on balls.

“Peyton is a very important piece to our team, if not the most important. She does a great job trusting her defense as well as trusting me calling her pitches,” Boris said.

Deputy led the Riders at the plate going 3 for 3 with 4 RBI’s, a double and a homerun, she was intentionally walked twice in the game.

“I think we are all locked in right now. We are playing good defense and Peyton is out here killing it in the circle,” Deputy said.

Shields also helped her own cause with two hits and a pair of RBI’s for Caesar Rodney.

The Riders were aggressive at the plate up and down the lineup, swatting 20 hits in the game including three hits from Sydney Hatch, which included a triple and she scored four runs.

“I was very impressed with our offense today. We talk all the time about attacking the first good pitch we see and we did just that today. We like to be aggressive at the plate but it’s important to still have patience and swing at the right pitches,” Boris said.

Starting pitcher Abby Marsh had the lone hit for Cape Henlopen, reaching base in all three at bats. The Vikings also committed five errors in the game.

“It has kind of been the story of our season, we play teams tough and then a ball gets thrown away and bad things start to happen. It comes with having mostly freshmen and sophomores on the team, but we will continue to work and get better,” Cape Henlopen head coach Shannon Timmons said.

The Vikings drop to 7-9 on the season with Indian River on Thursday and Seaford on Friday. Both games are at 4:15 at Cape Henlopen. The Vikings are on the bubble to make the 24 team state tournament. Pairings for the state tournament will be decided on Sunday.

“We still have a chance to make the tournament, winning the next two would sure help matters,” Timmons said.

Caesar Rodney, on the other hand, improves to 15-2 and will host Delaware Military Academy on Thursday at 4:15. The Riders should receive a high seed when the brackets are announced.

“The team did a great job of staying in their zone which will be huge as we head into the tournament. We know we will see good pitching and we just have to continue to stay in control,” Boris said.