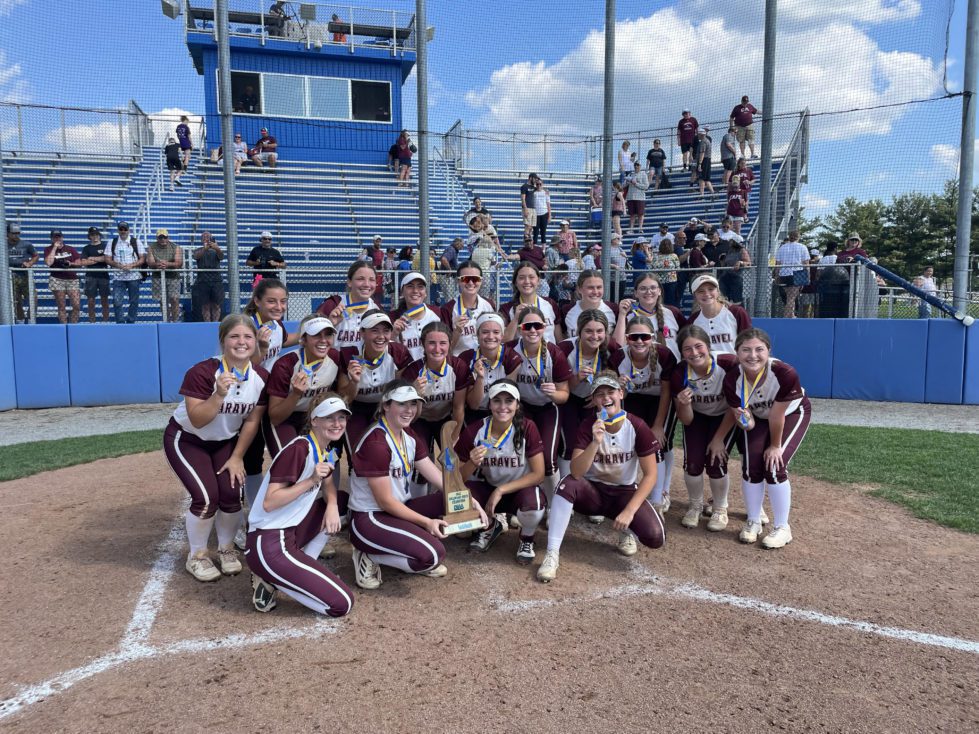 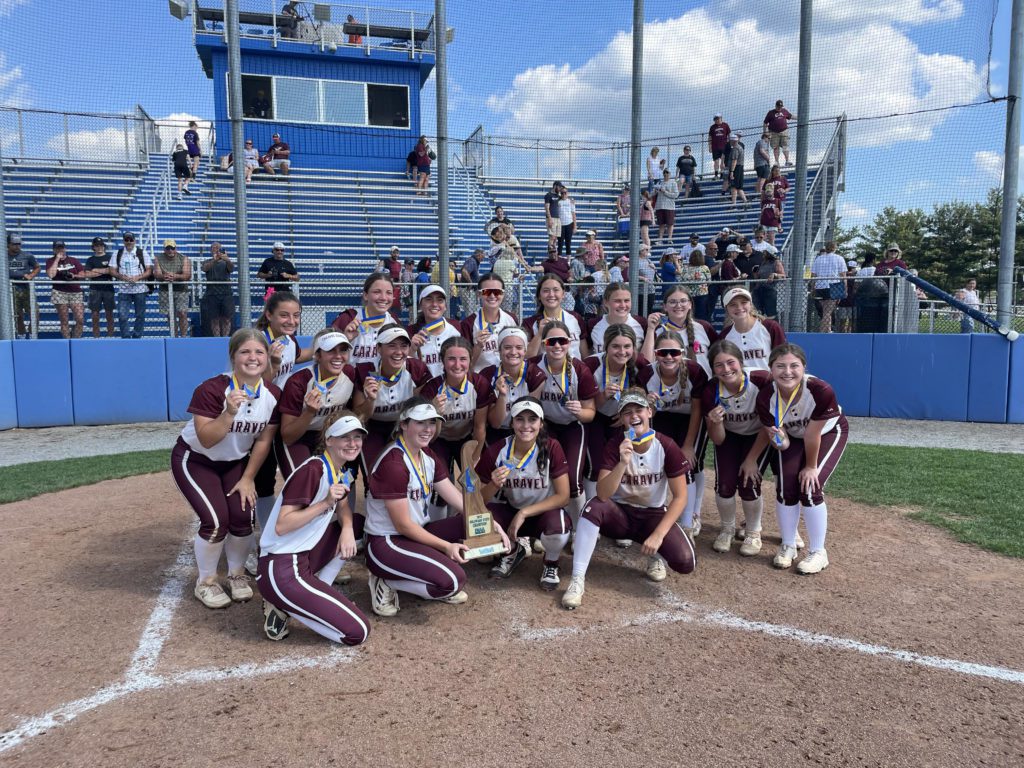 A Memorial weekend crowd of nearly 700 fans witnessed another great game between Caravel and Sussex Central at the University of Delaware. For the 2nd straight year, the Buccaneers won by a single run for the program’s record 12th DIAA softball state title. The game featured two sophomores in the circle in Madge Layfield of Central and Kasey Xenidis of the Bucs. However, unlike last year’s 11-inning 1-0 game, this was a completely different contest from the start.

Mya Jones and Takyla Davis doubled and both scored to put the Golden Knights up 2-0 after one inning. Normally that would be enough run support for Layfield but she and Xenidis would struggle all day to establish the strike zone. This would become evident in the 2nd inning when Layfield would issue 5 walks, hit a batter and allow two hits as Caravel surged ahead 6-2. The hits in that inning were back-to-back two-rbi singles by Morgan Moxley and Brooke Holdsworth.

The Golden Knights would answer with three runs in the top of the 3rd to make the score 6-5. Xenidis loaded the bases on three walks, and after two outs, Kaylee Verosko singled in 2 runs. Following an infield error (the only miscue of the game), Amara Cropper drew a bases-loaded free pass to force in another run as Central batted around.

Layfield and Xenidis settled down in the scoreless 4th inning but Caravel added an insurance run in the 5th. Haley Grygo and Zayda Rocke singled, Brooklyn Richardson was hit-by-a-pitch and Kendall Browne collected an RBI with a bases loaded walk.

Coach John Wells’ team regrouped in the 6th inning as the bottom of the order came through in a big way. Cropper worked a walk and pinch hitter (Kiersten Anderson) was hit in the helmet to put 2 runners on with no outs. Cropper moved up to third base on a Jones fly-out to right field and scored on a ground ball to the right side off the bat of Davis. With 2 outs, Kate Evick took an outside pitch and drove it up the middle to bring Anderson home and tie the game at 7-7.

Caravel came up with two timely hits in their half of the 6th as Holdsworth led off with a double (her second of the game). Coach Randy Johnson inserted courtesy runner – Olivia Rexrode for Holdsworth. Following a pop fly to 1st baseman McKenna Boyle, Grygo ripped a triple to right-center, scoring Rexrode. Layfield then issued her 9th walk of the game but retired the next two batters via strikeout sending the game to the top of the 7th.

Xenidis issued a one-out walk to Kaylee Verosko, putting the tying run aboard. Caravel right fielder Brooklyn Richardson made a nice running catch of a shallow fly ball off the bat of Messina and 1st baseman Moxley ended the game catching a pop up to start the celebration on one side of the field…and end the Golden Knights season.

Caravel ends the season with a record of 19-1, only losing to an out-of-state opponent (Pennsbury). Central ends at 18-4