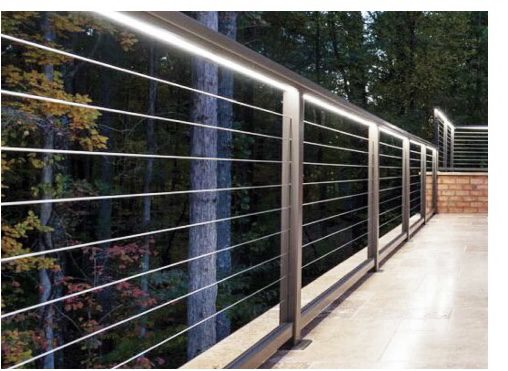 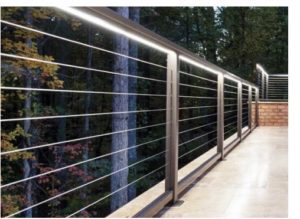 Milford City Council approved a bid award to Thompson and Sons Construction to install upgraded handrails with lighting along the Riverwalk. The new handrails would be placed on the Mispillion Greenway in the area of the Riverwalk between North Walnut and North Washington Street.

“This is a much needed project,” Brad Dennehy, Director of Public Works, said. “It has been identified in the Capital Improvement Plan (CIP) and funded in part by electric reserves. Grant awards have sharply reduced the city funding needed for this project. We’ve received $75,000 from the State of Delaware through the IRPT program and another $275,000 from the bond bill Community Reinvestment Fund.”

The bid from Thompson and Sons was for $301,000 with a contingency allowance and an estimated engineering cost of $75,000. The city would use $75,000 from electric reserves with the balance from Community Reinvestment Funding in the amount of $242,000. The total bid award would be for $301,504.

The new lighting and handrail system will replace the current post and galvanized system that currently exists along the Riverwalk. The new system will prevent any accidental falls into the river but would have clear barriers that would allow a view of the river below the walkways.

“The lighting will be actually in the top handrail itself,” Dennehy said when the project was approved in January. “The idea is to be LED lighting so it is energy efficient, but it would be lighting for pedestrians on the Riverwalk. We have lighting in the park, but the reasoning for putting lighting in the handrail was to offer greater visibility at night that isn’t going to be intrusive. We don’t want to put up search lights, so to speak. Just a nice, subtle type of lighting, particularly when people come downtown in the summertime or to the Santa House or while walking between restaurants. We really want to take the ambiance to another level with the whole feel of the Riverwalk.” At the time, Dennehy stated that he felt the new lighting would bring the Riverwalk into the 21st century.

The city hopes to eventually expand the handrails throughout the Riverwalk with the next phase across Walnut Street and along the section of the Riverwalk by Second Street Players.

The bid for Thompson and Sons was approved unanimously.