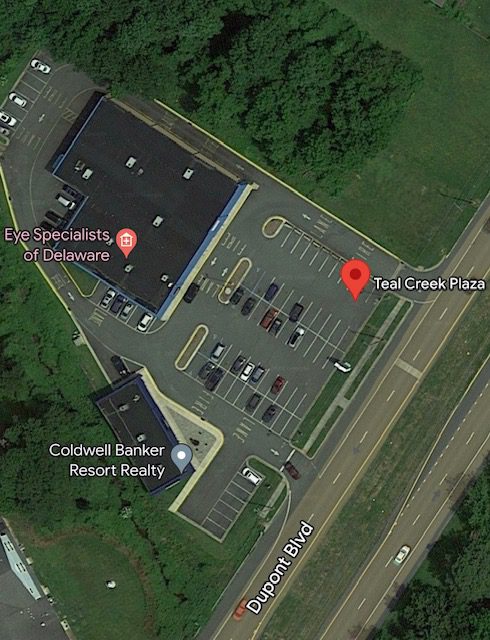 Milford City Council approved a request from Halpern Family Series LLC to expand a building they own in Teal Plaza. They intend to add 14,347 square feet of space, bringing the total square footage to 30,590 square feet. Councilman Andy Fulton asked if there was a future tenant planned to move into the new section of the building.

“Halpern is the current tenant in the building,” Mike Glick of Lighthouse Construction said. “There’s no intention of them expanding into this space. They’re just looking to attract other businesses to that shopping center. They have purchased the entire area.” Glick confirmed that the Halpern company plans to build a vacant building currently.

Rob Pierce, City Planner, explained that the project would include a sidewalk along the entire frontage of the property as well as a six-foot vinyl fence on the north side of the property to screen residences that line Rogers Drive. There is also a 15-foot landscape buffer included in the plan between the shopping center and the residences.

“I’d like to make a couple of comments on the notice of the public hearing tonight,” Thomas Farrell who lives on Rogers Drive said. “The notice was published in the Delaware State News February 28, the Milford Beacon on March 2. The planning commission hearing date was March 15. City Council hearing date March 28. The planning commission considered the application on March 15 and the city council held a public meeting on March 28 and voted to approve the ordinance. City of Milford ordains a conditional use permit for the shopping center upon adoption. The way this notice was written is kind of confusing because it says the decision has already been made.”

Farrell continued with his statement, asking council to deny the request.

“How many city council members reside within 50 feet of a shopping center?” Farrell asked. “Do not support this application to be approved by the city council since the proximity of the shopping center to our private residences will devalue our resale opportunities for the neighborhood.”

“It says notice is hereby given that the following ordinance is currently under review. And then it gives the ordinance number, states the ordinance as it was read but then it goes on to say upon adoption of this ordinance, a conditional use is hereby granted,” Rutt said. “So, this is the notice of what the ordinance will read if you adopt it. So, it gives the notice that council or that the planning commission, assuming you adopted had considered the application gives notice that city council if you adopt it held the hearing tonight. Then it does state that upon adoption doesn’t say it was adopted that it is effective, says upon adoption, then this conditional use will be granted. So, reading this, notice it fulfills all the requirements state law, city charter.”

Councilman Todd Culotta and Councilman Jason James agreed with Councilman Fulton, stating that they had gotten many questions about the letters and Terri Hudson, City Clerk, advised she would be able to reword the beginning of the letter to make it more clear to those who receive them. Councilman Dan Marabello asked whether the developer would be able to add buffers so that nearby property values would not be impacted.

“There is 100 foot setback from the north property line to our building. And from that building our parking spaces. That leaves approximately 50 feet of open space from our limit of disturbance to their property line,” Chad Warren, an engineer with Davis, Bowen & Friedel, said. “And I believe there’s existing wetlands, trees in this area, and those could potentially be saved to provide an additional buffer. There is that fence that we’re proposing along the far north line. Potentially, we could bring that in closer if the client is willing. Another thing since we submitted this application, we’ve spoken with Kent Conservation District, and there’s an existing pond on the south side of the existing site. It’s kind of hard to see but anyway, conservation district wants us to engulf that existing pond. So potentially we can bring our proposed pond down, which would decrease our limit of disturbance in that area adjacent to Mr. Farrell’s house.”

Pierce pointed out that city ordinance requires a six foot buffer and that the fence would provide a solid visual barrier.

“I just wanted to say that this property has been zoned commercial for ever and ever and ever. And probably 10 or 15 years ago, probably more 15 years ago, we were all excited because they were going to build a Dunkin Donuts there and that didn’t happen and since that point, I haven’t heard of any developing of that piece of land,” Councilwoman Katrina Wilson said. “So you know, it was going to be commercial either now or later. Because that’s what it’s been zoned. And I say I lived over there for 25 years and that’s because I worked there. You know how we live at our work and that was our building for all those years. I’m happy for sidewalks because that road is traveled a lot. So that would be a great enhancement of the sidewalks. And I’m happy for the double buffer. The trees and the fence is going to enhance that because over the years the fencing that was there has really has taken a beating, the existing fences that’s been there, from weather and you know, reasons like that. So it’s actually going to enhance that corner thing just as long as we put the double buffer requirement in.”

Councilman Fulton pointed out that just because land had been zoned commercial for a long time did not mean council should ignore the needs of homeowners in the area. Councilman Marabello agreed.

“I just want I just want to pick it back on what Councilman Fulton said. So we have to realize even though it’s zoned commercial, for these people that’s their home and we have to maximize what they see,” Councilman Marabello said. “Regardless, if this is commercial, and it’s been that way, they live there. That could be the last home they live in. We want to make it as nice as possible without considering whether it’s commercial. Too bad. No, it’s not too bad. He’s a human being. We want him to have a peaceful life for the rest of his life, visually and aesthetically. And I don’t think it’s hard thing to ask for the builder to put the buffer around those homes. General. It’s just my comment.”

Councilman James concurred, stating that part of the charge of council was not to stymie development but also had an obligation to minimize negative impacts on residents as well.

The motion was made requiring the developer to install both the six-foot fence and landscaping buffers to minimize any negative impacts on nearby residences. With the conditions, the measure was approved unanimously.