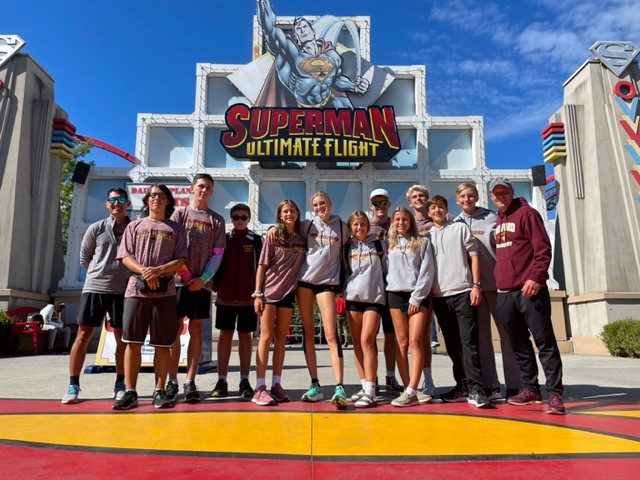 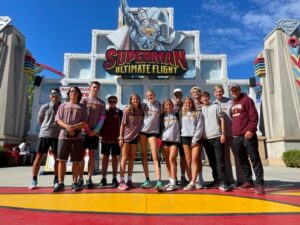 If you haven’t been paying attention to the Milford Cross Country team in recent years, you have been missing quite a great deal. Under the leadership of coach Lance Skinner, along with a host of volunteers, Milford has become a team to be watched. With steady improvement, this is turning out to be a solid year for the Buccaneers.

This past weekend Milford traveled up to Jackson, New Jersey, to compete in the Six Flags Invitational Meet. Over 150 teams from around the region showed up, with Milford competing in the class “C” Division, in both the boys’ and girls’ competitions. 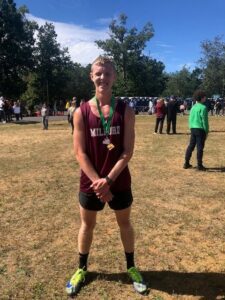 Nate Waydelis medaled at a cross country meet in NJ

As for Waydelis, Skinner offered some high praise for the junior, who is a generational athlete in Milford Cross Country “Waydelis has now moved up to the 8th fastest male runner in Milford’s history and is the programs top performer in over a decade.”

As mentioned previously, it has taken a lot of help for the program to reach these heights, Skinner mentioned just a few of the key components that have helped Milford get this far under his leadership “Milford has come off of a fun filled weekend competing at the Six Flags Invitational.  This event would not have been a success without the continued support of our parents throughout the year and the fundraising efforts for the annual Reindeer Stampede 5k fundraiser.  This years event will be held November 26th at Killen’s Pond and registration is open at www.trisportsevents.com.  Coach Skinner would like to acknowledge the support of our Coaching Staff (Steven Venett, Emily Holstein and Janin Rodriguez), Boosters President Kelly Sylvester along with our Athletic Director Nick Brannan and Superintendent  Kevin Dickerson.  Without their support along with Milford Live, this program would not have the opportunities and recognition that our student-athletes deserve.” 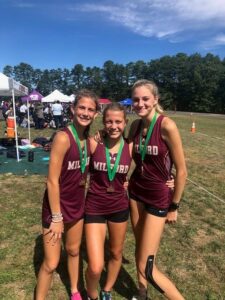 Milford will have their senior recognition meet, this Wednesday. 4 pm at Killens Pond State Park. As for some various goals for the season, Skinner has quite of few items on his list “Our current goals for the season are to continue to progress with personal times and for both squads to have a winning record.  We have a strong Girls team and are expected to be one of the top four teams in the Henlopen Conference.  The addition of Kayla Ashton, Aviana Shaw and Kayla Gamboa along with Sammy Hudson’s return have contributed to this being a possibility.  Faith Mitchell is having a stellar comeback year and should be one of the top runners in the Conference.  We have set a goal for Nate Waydelis to break into the 16s on the 5k.  On Saturday, he was a 17:02, so we are within reach early season.  The boys team has had success with newcomer Varsity runners Tyler Ashton, Liam Dennehy and Heydyn Jester along with the return of Avery Richard and Matthew Fox.  We also have set goals for both Boys and Girls to have representatives at the end of the season to make the All Kent County Team (Top 15), All Conference and All State.  The current work ethic of our runners clearly shows that these goals are within reach.”