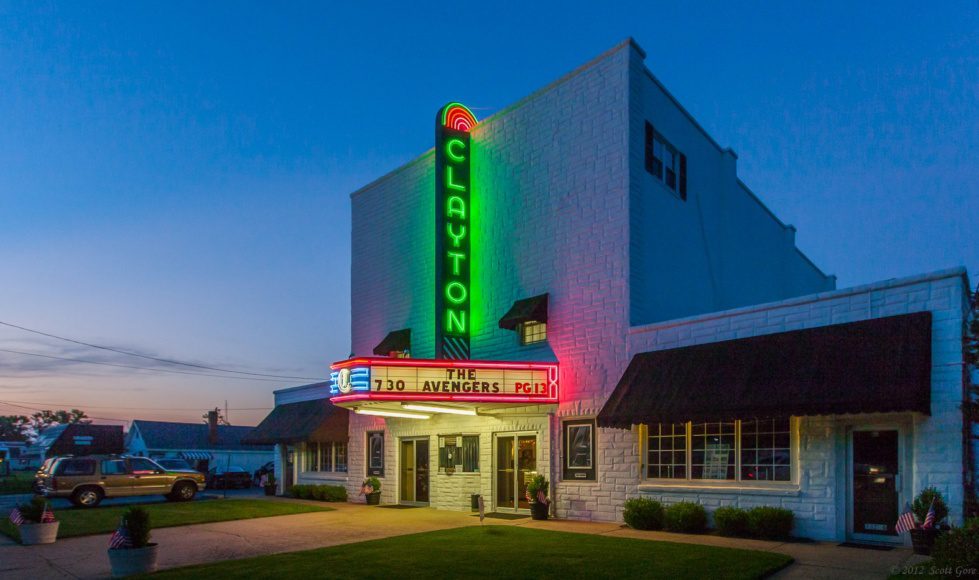 The Clayton Theatre is a fixture on Main Street in Dagsboro. Photo by Scott Fare.

The event is being sponsored by online streaming service Pluto TV, which will be giving out free popcorn and “Pluto TV swag” during the screenings.

“Ron’s Gone Wrong” is an animated PG film that tells the story of “Barney, an awkward middle-schooler and Ron, his new walking, talking, digitally-connected device. Ron’s malfunctions set against the backdrop of the social media age launch them on a journey to learn about true friendship.” The voice actors include Zach Galifianakis and Ed Helms.

The theatre will give out 100 tickets per show at the box office. Tickets are first-come, first-served, and doors will open 45 minutes before each show. Tickets cannot be reserved in advance.

Joanne Howe, owner of the Clayton, said she hopes the event will bring people back into the theatre after a tough two years in light of the pandemic and other industry-related challenges.

“We would love for folks to come out, just so that they could get back in and get a feel for the theater and see that we’re trying to do things right,” Howe said.

The Clayton closed from November 2020 until Memorial Day of this year, but Howe said things have started to rebound.

“We’re definitely happy to be back,” she said. “Obviously, things have changed in the industry with the streaming the way it is now. Many of the studios are streaming at the same time as they’re releasing to theatres, and that doesn’t always work.”

“Pluto TV is celebrating the love of film and encouraging communities to get back to their local theaters by sending patrons and their families and friends to the movies, completely free of charge,” the company said in a statement. The streaming service is sponsoring similar events at independent and family-run theatres around the country.