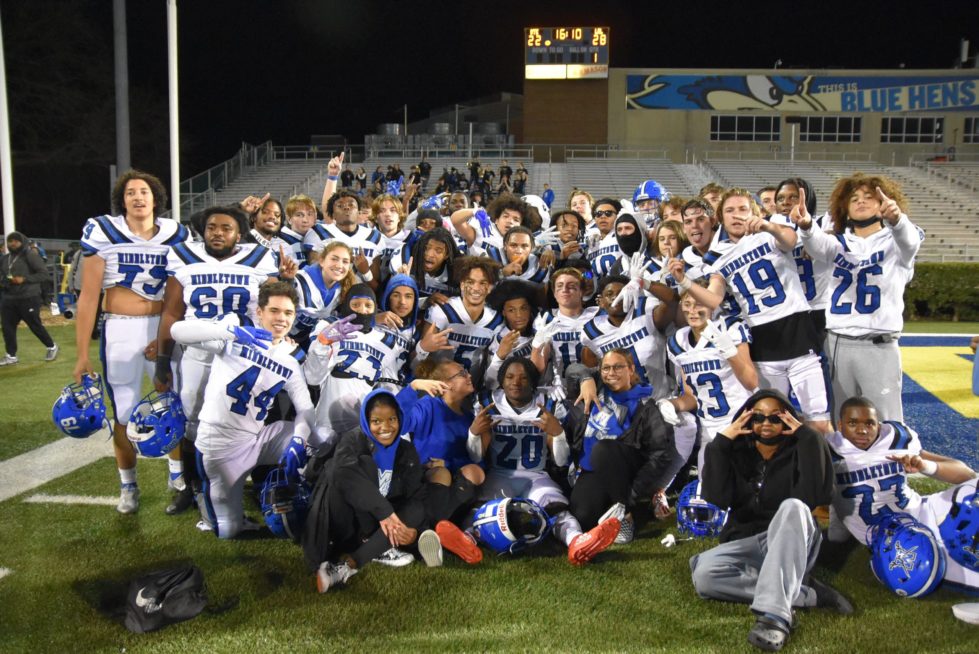 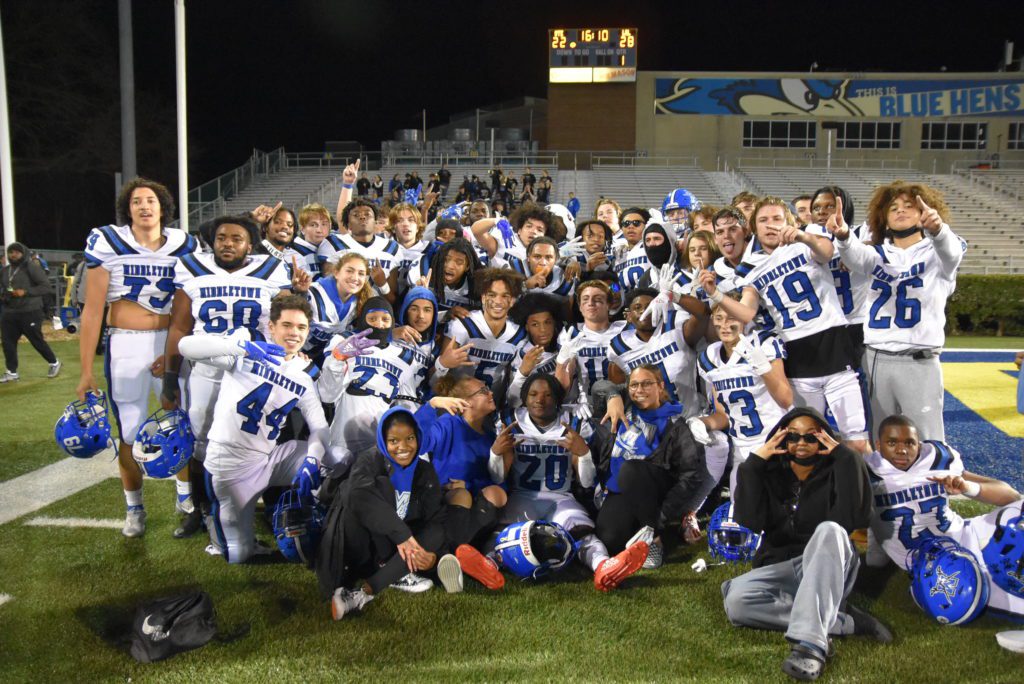 It was a perfect day for Championship Football at Delaware Stadium. The rain held off until the nightcap and that allowed for a great matchup between #1 Smyrna and #2 Middletown in the DIAA Class AAA Final. A rematch of the Harvest Bowl from way back in the regular season, a rematch in which Middletown won 28-14. A little more on the line this time around, and the Cavaliers answered the call.

If you have seen these two teams at all during the season, you knew what you were in store for. It was a back and forth contest from start to finish, with both teams experiencing some big plays on the offensive and defensive side of the ball. Smyrna would open up the scoring on the first drive of the game. The Eagles would start the drive with a flea-flicker and go 79 yards, capped off by a Wayne Knight 1 yard touchdown run. Eagles lead 6-0. Later in the first, Braden Davis would find a crease on 4th down and take himself 14 yards for the Cavalier’s first points of the game. Walker would add the point after, Middletown takes 7-6 lead. But before the quarter could end, the Eagles would strike again. Yamir Knight, brother of senior Wayne Knight, would take the snap out of the “earthquake formation” and scamper 50 yards around the left edge for a Smyrna touchdown. Ratcliffe would get the carry on the 2 point attempt and convert, Eagles take a 14-7 lead after one.

At the start of the second quarter, the Middletown offense would get a downfield pass interference penalty that would lead to a Mikey Pearson 4 yard touchdown run to tie the game at 14-14. On the ensuing possession, the Middletown defense would force a turnover on downs and the offense would capitalize. Braden Davis would pick up a huge 4th down conversion with his legs as he carried defenders forward for the first down. Shortly after, running back Josh Roberson would find the endzone from 2 yards out. Middletown takes the lead back 21-14 and that would be the score as the two teams went to the locker room.

In the third, the Eagles would get a stop from their defense and they would find paydirt first. After a Cameron Edge to Devin Demoe deep pass down the sideline for 34 yards, Wayne Knight would add his first double-digit carry on an 11-yard touchdown run. He would also add the 2 point conversion, Smyrna back on top 22-21 heading into the fourth.

In the fourth quarter, the Middletown defense would get a sack on Cameron Edge and get the ball back trailing 22-21 with 8 minutes to play. The cavaliers would put together a 4-minute scoring drive, capped off by the play the game. On fourth and goal trailing by just one, Head Coach Zach Blum decided to roll the dice, pass on the Field Goal attempt and go for the endzone. Braden Davis would drop back, roll right to avoid the pressure, throw across his body and find a wide-open Zach Caldwell in the middle of the endzone for six. Extra Point added by Walker, Cavaliers take 28-22 lead with 4 minutes to play. The Middletown defense, which most thought was the best in the state, would show it for the final four minutes of play. They would stop the Smyrna offense with 2 minutes to play. The Smyrna Eagles defense would return the favor, using their sole timeout to stop the clock and forcing Middletown to punt with 43 seconds to go. Cameron Edge would hit a few passes on the drive and get the Eagles to the Cavaliers 30-yard line but that is where the season would end.

The Cavaliers take home their first State Championship since 2012 and in exciting fashion. Cavalier quarterback Braden Davis finished 13-25 for 175 yds TD and also ran for 43 yards and a score on 7 carries. Smryna’s Wayne Knight was bottled up for the most part, rushing for 88 yards on 19 carries and scoring two touchdowns. Cameron Edge was 12-18 for 216 yards.