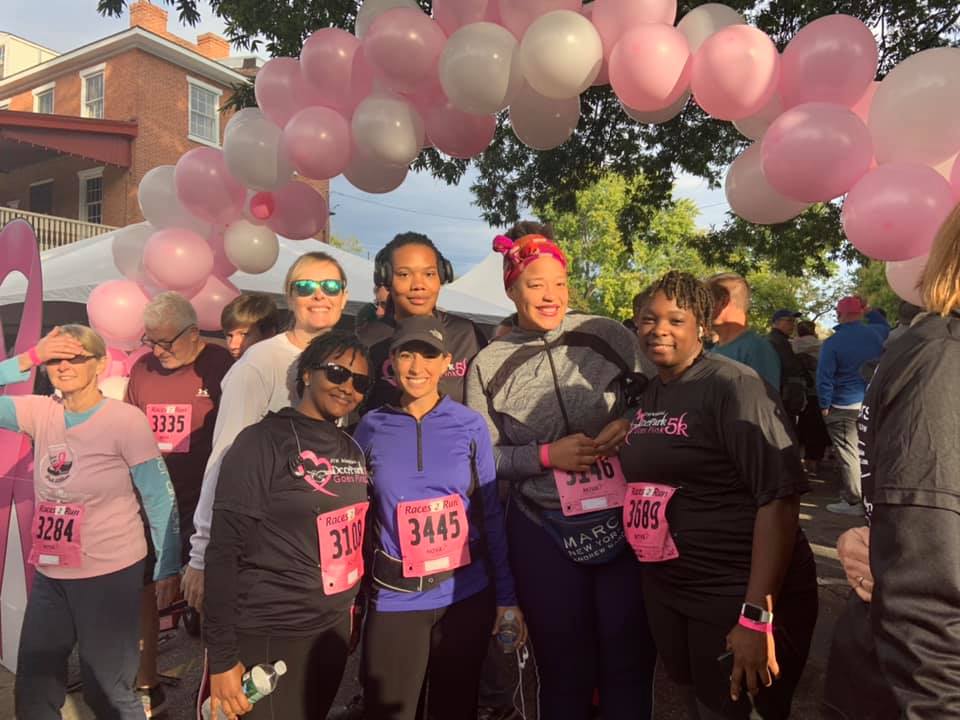 October is Breast Cancer Awareness Month and there are many “Go Pink” events planned throughout the state to bring attention to breast cancer detection, prevention and treatment. Connie Holdridge, Program Director for Sussex County with DBCC explained that these events help provide funding for the many programs offered through the organization.

“We navigate women who are underserved or uninsured get mammograms,” Holdridge said. “We also offer one-on-one counseling to newly diagnosed breast cancer patients, offer support groups for survivors, metastatic thrivers and survivors of color. We provide Nurture with Nature programs which help encourage survivors to get out into nature and we have Young Survivors in Action for those diagnosed with breast cancer in the 20s and 30s. In addition, we provide financial support for Delaware patients impacted by treatment and offer wigs, bras as well as prosthetics to those in need.”

Some of the fundraisers began before October, including the Big Oyster Brewery Sarah Beer Promotion which began August 1. Bayhealth began selling “Go Pink!” t-shirts September 1, an event that will continue until October 31 while Tickled Pink in Bethany Beach will donate a percentage of their profits during the months of September and October to DBCC.

Plantation Lakes held a Celebrity Bar Night, the Belfonte Arts Center held a Bra Contest and a men’s fashion show was sponsored by the National Pan Hellenic Council on October 1. Bear Trap Dunes held their Annual Golf Tournament and the Starboard held their Pink Golf Tournament on October 4. The Aunt Mary Pat Comedy Show, held on October 7 was a huge success. On October 8, an Elks Club Dinner was held as well.

“On October 9, the Dewey Goes Pink 5k Run and 1.5 Mile Walk and After Party as well as the Tata Tour Motorcycle Ride at Rommel Harley Davidson raised additional funds for the organization,” Holdridge said. “We also held the Tory Birch Fundraiser on October 10.”

Events continue throughout the month of October. On October 15, Plantation Lakes will hold their basket raffles. The Bags Booze and Cornhole Tournament, planned for October 16, promises to be a lot of fun.

“This event is held at Stockley Tavern in Georgetown starting at noon,” Holdridge said. “There is a cornhole tournament, guest bartender competition, pig roast, 50-50 raffle, shirt sales and a DJ. It’s a great party!”

The 12th Annual Monster Mile for a Cause walk will take place October 17. There is still time to register for the event which is open to all ages. More information on registration and the event can be found at https://debreastcancer.org/events/17575/.

Also on October 17, Wildly Unlimited is offering 20 percent off breast cancer merchandise. In addition, the 5th Annual Deer Park Goes Pink 5k is planned for that day along with the Plantation Lakes Golf Tournament. Frank’s Wine and Winner Group will present the Downhill Mile on October 20 while MAC Challenge of Rehoboth will also benefit DBCC on October 17.

“The Pink Party at Dover Downs is a four-hour vendor fair at the Rollins Center in the Dover Downs Hotel and Casino,’ Holdridge said. “The event will be held October 23 and runs from 10 AM until 2 PM and there will be over 50 vendors, food trucks, auction items and a Bras for the Cause art contest.” Plantation Lakes will also hold a Zumba event on October 23 in support of DBCC.

Midnight Oil Brewery will sponsor the Elise Midili 5k Battle and Brewery 5k on October 24 starting at 9 AM while Plantation Lakes will hold a Music Trivia Bingo on October 28.

“The month ends with 1st State Chevy’s 7th Annual Trunk or Treat event on October 30, running from 9 AM until 2 PM,” Holdridge said. “Participants are asked to come in costume for trick or treating at each of the vendor spots. The Fire Department, Paramedics and Police will be there for treats and information. There are hayrides and free hot dogs for lunch. This is geared toward children and families who want to “scare” away breast cancer.”

Holdridge stated that the focus on breast cancer awareness will not end on October 31, however. On November 9, Revving for a Cause is planned at Snake Creek Motocross, located at 696 Staytonville Road in Harrington. The event begins at 10:30 AM and there is a requested donation of $10 per vehicle.

For more information on DBCC or any events planned to support the organization, visit https://debreastcancer.org, call 1-888-672-9647 or email [email protected].