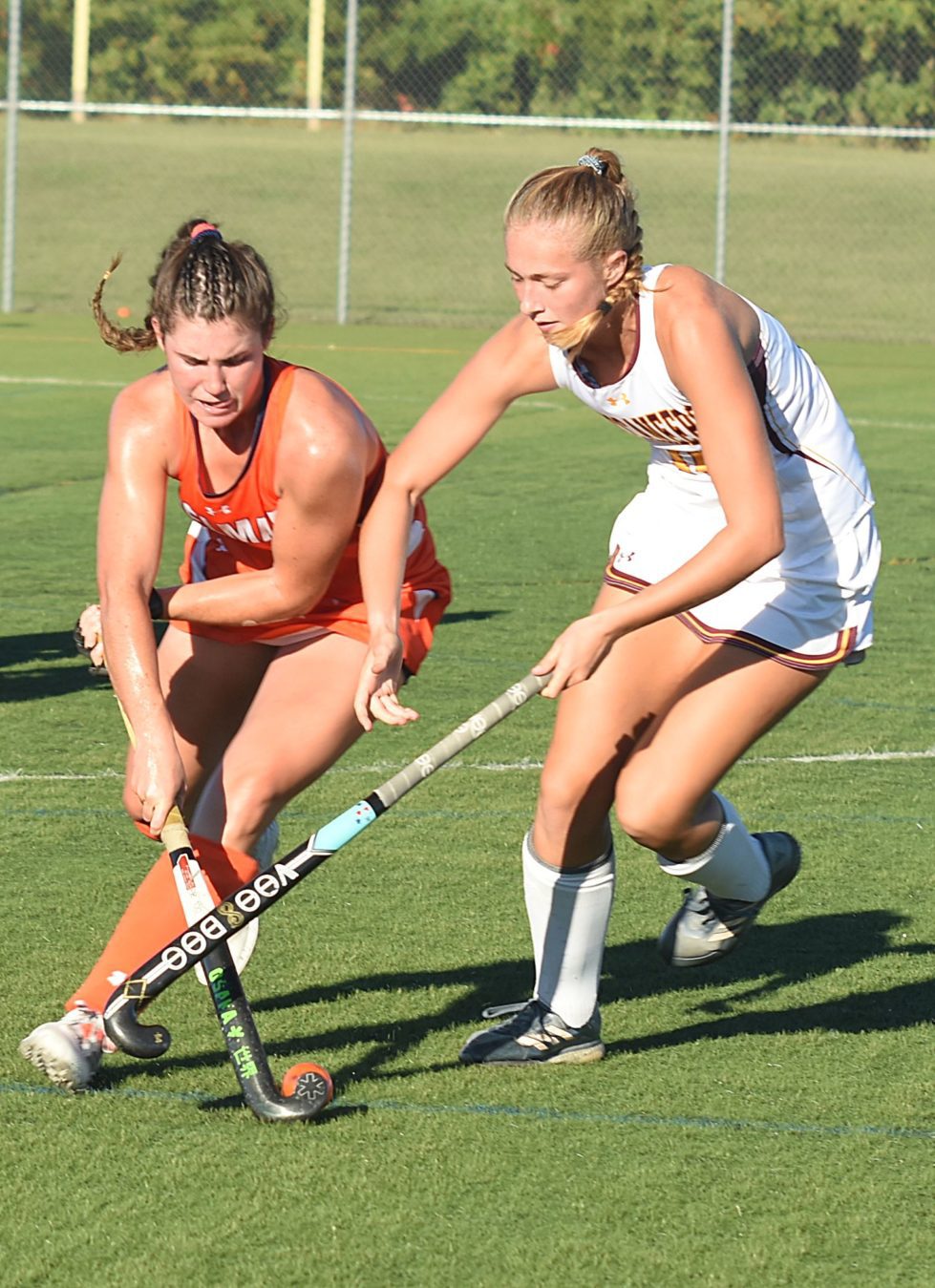 The Milford Buccaneers field hockey team has been off to a bit of an up and down start. While they easily outclassed Seaford in the season opener, 11-1; things have not gone as smoothly as the Bucs would have liked since then. Currently, Milford has a 1-2-1 record and is just coming off a defeat at the hands of a Delmar team, which is arguable the best team in Delaware. Watching the match last Friday, it was easy to see that Delmar was a superior team to Milford. What was interesting however, was how well Milford played in what would turn into a 9-0 defeat.

Do not let the score fool you, Milford played well, possibly its best game of the season, it was simply outclassed. Prior to the season’s start, the Buccaneers could not even get the ball out of their own end as they scrimmaged against Delmar. That simply was not the case on Friday as Milford had multiple chances to score and in the third quarter played almost even with the visiting Wildcats, getting outscored only 1-0 in the quarter. What was more important was that Milford never gave up, it was enthusiastic until the final whistle. Speaking with coach Andrea McPike following the game, she was thrilled with how her team played. “Our girls really played their hearts out today. They knew it was a challenge and they stepped up and didn’t back down. It can be very easy to hang your heads when you are losing to a top team, but we never gave up. We took every possession as an opportunity to get better as a team, that’s what good teams do in this sport.”

The Buccaneers have had some heartbreak along the way as well, struggling to find their stride on offense at times. Nowhere was it more evident than when Milford fell to Polytech 1-0 in a game where the Bucs controlled the entire game’s flow of play. In the contest, Milford put five shots on goal compared to only three for Poly. The failure to finish is something that Milford has been working on and McPike thinks the Bucs are getting closer. “The only way you can get the ball in the net is by working at it. The team has been working tirelessly on penalty corners and getting the ball into the scoring circle. We are getting closer; I feel it’s just a matter of time before we get the offense in sync.”

Another game Milford could have won was at Caravel Academy, where it let in a late equalizer and had to settle for a 3-3 tie. Once again, Milford had chances to score that it didn’t capitalize on, and it came back to haunt the Bucs. “As I said before, you must score when you have the chances, it’s what good teams do. While it’s still early in the season, I honestly think that we have the makings of a good team. We have players from every grade on the team seeing action and it takes time for everyone to get on the same page,” McPike said.