The just completed Milford field hockey season was not the greatest in recent memory, if you just look at the record (5-9-1). But if you look beyond the record and look at the effort that Milford put in after a slow start, you can see just how far it came as the season progressed. After an early season blowout of Seaford, it looked as if Milford might have something special this season, but after that initial win Milford would gain a tie and four consecutive losses over its next five games. It was here that senior leadership stepped in, and the Buccaneers began to rekindle their love of the game. “Our senior leadership and some underclassmen as well felt we needed to loosen up a bit, so that’s what we did. We made drills more fun, had some events not related to field hockey and basically pressed the reset button,” Coach Andrea McPike said.

Milford would go 4-5 over the last two-thirds of the season, with every loss except one, coming by a single goal. It was an impressive turnaround and one that that McPike attributes to her entire team, simply refusing to give up. “The season we were very up and down this year.  A lot of tough, close losses where we dominated statistically. We had a lot of adversity that hit us which was out of our control but despite it all the girls showed up each day with grace and grit.   They never gave up and battled each game no matter what our line up looked like.  We still saw a lot of growth from the team and in individual players.  All they went through this season will harden them for next season and our ‘new’ seniors are already planning off season activities to get the team a head start for next year.”

Looking at the five seniors, it is obvious that they all have solid futures ahead of them, be it on the field or in the classroom. These young ladies are a tough and sound group who will continue the long tradition of making Milford proud as they head out into world. The following statements were all provided by Coach McPike. 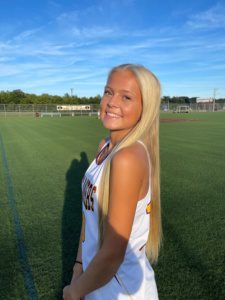 The growth she made as a field hockey player, leader and young woman this season is amazing!  Her ability to self-reflect and focus in on her areas of improvements is truly something to be commended. She set personal goals and crushed them. And her skills really started to take off. We could not be any prouder of her! Her feisty spirit and flying elbows will be missed next year! Good luck in the next chapter of her life!

Olivia’s dedication, determination, and hard work over the past four years has taken her game to the next level!  She has, again, proven to be one of the top midfielders in our conference, while always striving for constant improvement. Her leadership and commitment to this program will have a lasting affect long after you are gone. We are so excited she will be continuing her field hockey career at the University of Lynchburg. GO HORNETS! 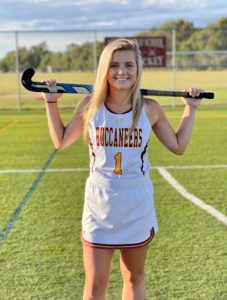 Her lead-by-example and calm demeanor will be missed greatly next year! She was a wonderful role model for the younger players to look up to this season. I’m not sure she realized the

impact she truly had on this team. Her dependability, despite whatever the circumstances may have been, was unwavering and we appreciate her so much for that! These assets will carry her far in life, and we wish her nothing but the best next year! 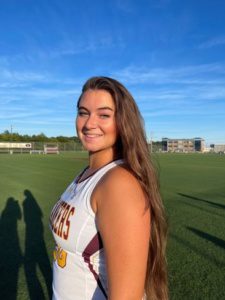 Paige has been busting her butt since preseason to make the best out of her senior year. she handled a bumpy start with grace and grit, unwilling to settle for mediocrity. Even at our lowest points throughout the season, she was always there to keep the team and herself moving forward. She has been a staple for our team leadership the past couple seasons and those qualities will be missed for sure next year. We are so excited to see what the future brings her! 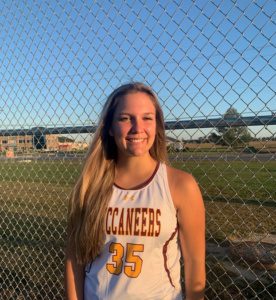 I know it took a lot of guts and pride to come back out for the team her senior year.  And we are so glad she did! She displayed so many selfless behaviors throughout the season and helped to define what being a team player means. She led the way for other players who may hold the same role she did this year in their futures. And we can’t thank her enough for that!  Her willingness to always help will bring her a lot of success in life after HS. She will be missed next year! Good luck!