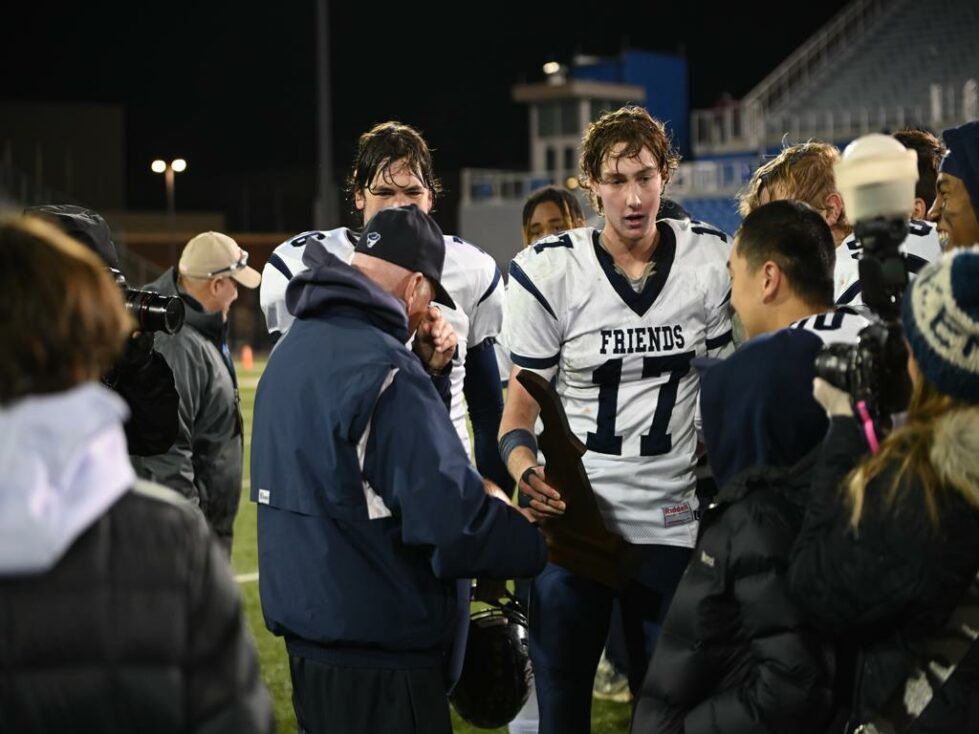 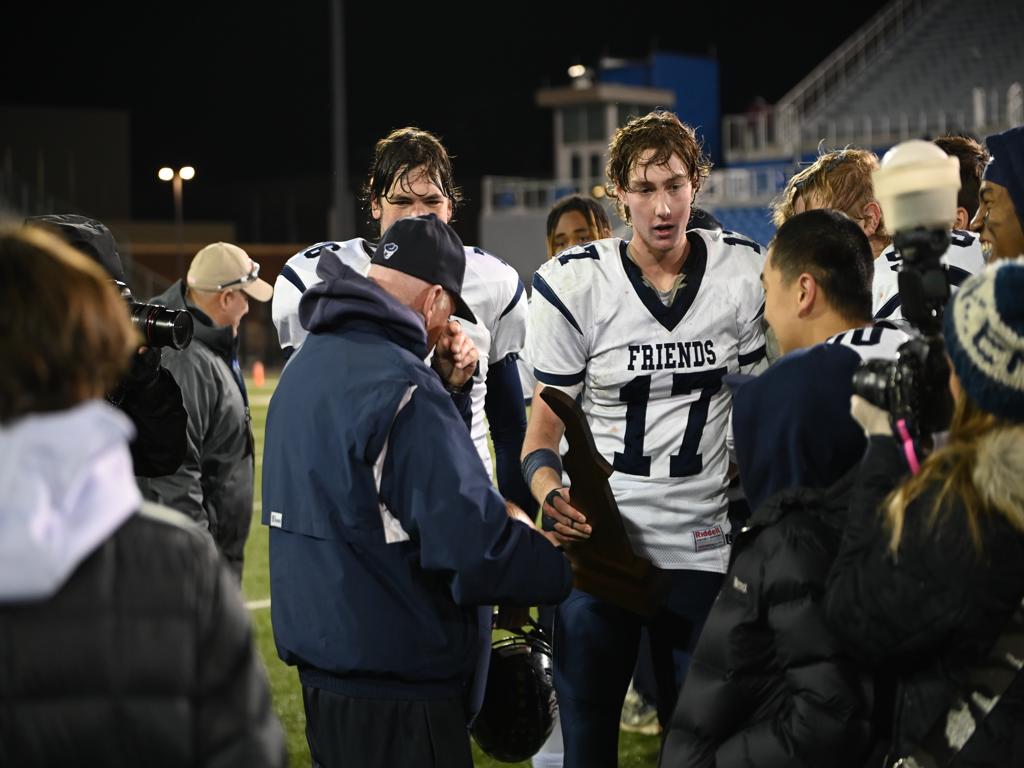 The Wilmington Friends school won its second state with a 10-7 victory over the Caravel Buccaneers. The Quakers were in the championship game in 2018, but had some major injuries that created a lopsided loss to Woodbridge. Their last state championship came in 1984 with a 22-12 victory over Claymont.

The Quakers were led by the third generation of Tattersall’s quarterback Robby, son of coach Rob Tattersall & long time coach Bob Tattersall. Ryan Tattersall is the younger brother of Robby tattersall and also sees significant time for the team also on defense.

Robby has been the leader all season at the quarterback position doing it both in the air & with his legs. He led them in the championship game as well  as he had 115 yards on 23 carries on the ground, and went 13 for 21 with 117 yards passing with one touchdown. Robby hit Ishmael Johnson for a four yard touchdown pass in the first quarter to take a 7-0 lead. Late in the second quarter Friends added a 32 yard field goal from Alessio Christanetti-Walker which would later prove to be the winning score.

After a scoreless third quarter the Buccaneers began to find their offense. Midway through the fourth quarter Caravel quarterback Truman Auwerda found his groove. Starting on their own 15 yard line, Auwerda connected with Vandrick Hamlin for 42 yards to start the scoring drive. Then on 4th and 14 Auwerda connected with Mekhi Carmon who made a great sliding catch to keep the drive going. On the next play Jordan Miller was able to punch it in from 6 yards out for the Buccaneers first and only touchdown of the game.

Caravel would get a second chance late in the fourth quarter after forcing the Quakers to punt. After a completed pass to Christian DeRegis on first down, Auwerda looked for him again over the middle. However this time Friends defensive back Andrew McKenzie stepped in front of the pass to intercept the ball and solidify Wilmington Friends as the 2022 Class 2A state champions.

When asked about the win coach Bob Tattersall said “This was much more difficult because I spent most of the time standing around. He (Son Rob) is just what this team needed.”