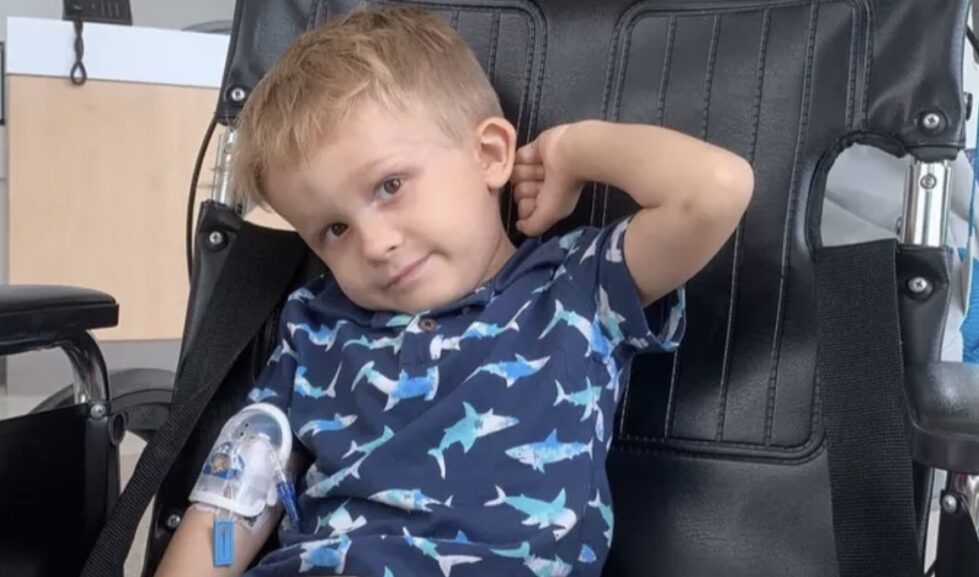 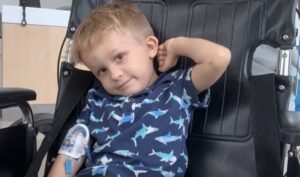 Declan is only four years old but is facing an adult battle after his diagnosis of aplastic and Fanconi anemia. The illnesses are rare and cause bone marrow failure which means his body cannot produce red and white blood cells or platelets. The child has had more than seven blood transfusions and expects multiple transfusions each week along with chemotherapy and a bone marrow transplant. This has led the owners and staff of EasySpeak to plan a fundraiser for Declan at their Milford-Harrington Highway location on October 23.

“His treatments will be time-consuming and costly,” Marissa King, who owns EasySpeak with her husband, Zack, said. “Since Declan is in the hospital, it is hard for his parents to juggle work and their other every day responsibilities meaning less income is coming in to help them pay for medical bills, medications, rent, utilities and food. My mom works with Declan’s sister. My mom just happened to be upset telling me about it and I asked if we could raise some money.”

The event will from 12 Noon until 5 PM and will include a cookoff. King explained that they are looking for cookoff participants and the only requirement is that the recipe must include pumpkin. Each participant will need to make small bites of their recipe, which must be food or non-alcoholic drinks only, for about 150 people. The top prize is an EasySpeak credit towards merchandise, a party package or gift cards. Although the event is free to the public, a $20 wristband purchase includes tasting all the food and one drink.

“Declan’s doctors say he needs a matching bone marrow transplant within two or three months,” King said. “The anemia is a genetic disorder that occurs when both parents happen o have a specific recessive gene and pass it down to their child. Our goal is to raise $20,000 to help Declan’s parents with his financial needs.”

King stated that they are looking for sponsors for the event. A $1,0000 sponsorship receives the company logo on event t-shirts, a vendor table at the fund raiser, social media shout outs and open bar for up to four people at the fund raiser. Because the King’s operate a non-profit, any sponsorships or donations can be used as a tax deduction. They are also looking for silent auction items as well as cash donations.

Anyone interested in providing silent auction items, becoming a sponsor or donating to the fundraiser should contact [email protected]. A GoFundMe has also been set up for donations at https://www.gofundme.com/f/declans-medical-expenses?utm_campaign=p_cp+share-sheet&utm_medium=copy_link_all&utm_source=customer.