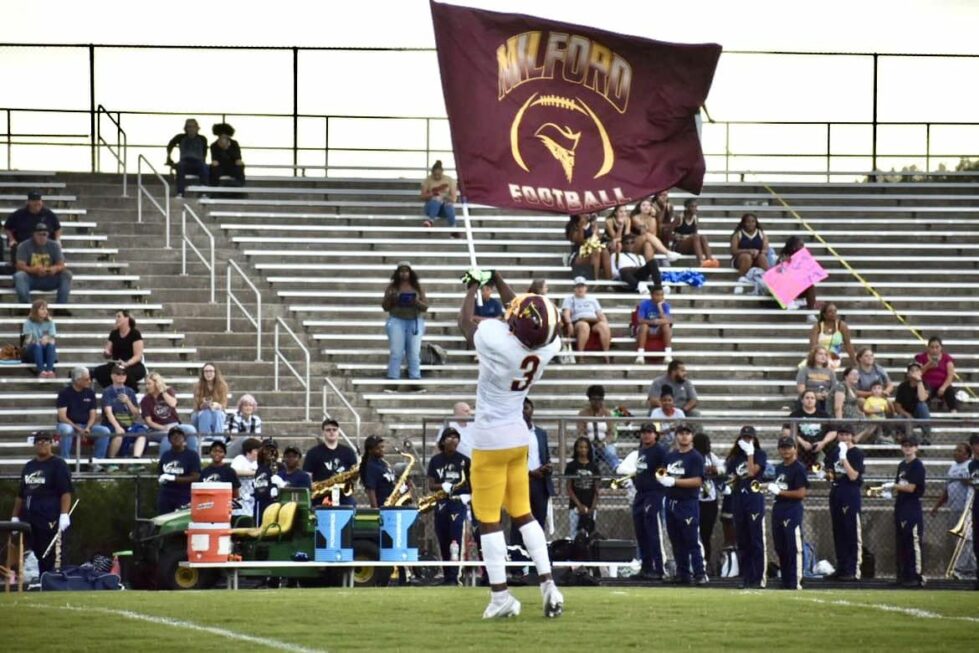 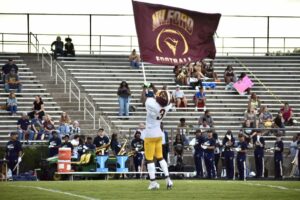 Former Milford player William Horsey will be inducted into the Milford Hall of Fame this year.

William Horsey, a 1988 graduate of Milford High School was a consummate athlete in his youth. While football is full of athletes, it was Horsey’s drive that separated him from the rest.

“My goal every day was to get better. The effort you put into something is what brings out the better you,” said Horsey. It’s not joust athletics it applies to, it’s life. I have taken that stance my entire life and I am pleased with the person they have made me.”

A four year varsity starter for the Buccaneers, Horsey’s High School accolades are impressive. He made Henlopen honorable mention as a sophomore, second team as a junior and first team as a senior. Horsey also received 3 team All-State recognition as a senior.

The most important recognition came from within the Milford family. He was the team captain and Defensive Player of the Year. He was the consummate team leader who led the team in tackles, scoring and receptions. Horsey was also a Blue/Gold participant.

Being a Buccaneer was a dream of his since being a young child. “I can remember back in Pop-Warner, just wanting to be a Varsity player for Milford. It was a goal I worked very hard for, I was not expecting to be a starter as a Freshman,” he said. “I was however and I worked even harder, just to make sure I got better every year.”

Horsey would attend Millersville University where he was a three year starter at Strong Safety. “The difference between High School and College was amazing. It just meant I had to work that much more harder. Never stop, keep on improving,” he said.

Following graduation, Horsey embarked on a coaching and teaching career at Cambridge South Dorchester High School.  While coaching football for 15 years was impressive, he also coached boy’s and girl’s basketball for a total of 22 years.

Being a coach and teacher almost seem to go hand in hand, and that is the case for Horsey. “As most people know, it’s about building the future. I have been blessed with coaching some great people,” he stated. “Nothing gave me more satisfaction than to show a student how much more the individual had within themselves. To watch them grow into outstanding citizens, that what it is all about.”

While no longer coaching, he enjoys his family life with his wife Zee and their two boys. Horsey is instilling in his children the same lessons he has learned in life, building citizens of high character who become better every day.

Horsey is thrilled to be in the Hall of Fame. “It’s such an honor to be recognized. Milford will always have a special place in my heart. To be recognized in such a manner is truly humbling,” commented Horsey.

He stated that the most fun he had was as a senior, where he was pushed into the role of starting quarterback against a powerful senior. “We weren’t thought very highly of and Seaford were a big deal back then. While we may have lost 13-7, we gave them almost more than I could handle,” stated Horsey. “That is what leaving it all on the field is about, that is what life is all about, giving it your all.”