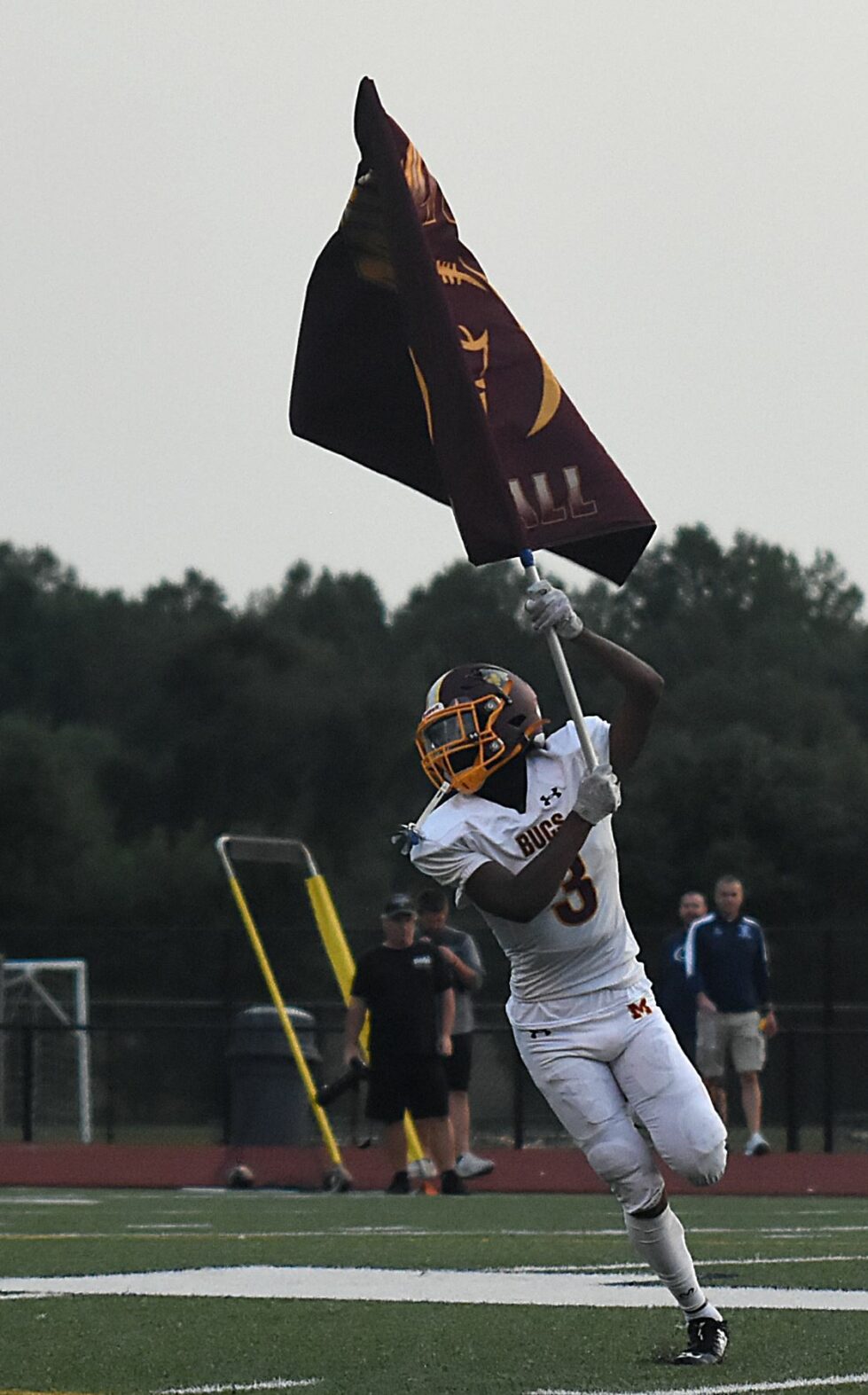 To use the word “exciting” to describe last Friday’s contest between Milford and Lake Forest, would be fair. To use the word “disappointing” to describe Milford’s performance, as they traveled to take on the Spartans would be fair as well. With Lake Forest taking the opening kick-off and running straight at the Buccaneers on the games opening drive, it looked like that a blowout might be in the offing. Traveling 60 yards, in  nine plays, Lake quarterback Jon Tyndall would cap off the drive on a one-yard plunge to give lake the early lead.

Things would rapidly go from bad to worse, following a three-and out on their first possession of the game. Jaymeire Snell would take the Buccaneer’s punt 50 yards for a touchdown and just like that, Lake had doubled their advantage to 12-0 with just over five minutes remaining in the first quarter “We had our problems to start the game, but I thought that if we could just calm down, we could play our way back into it.” Coach Shaun Strickland said.

The Bucs did settle down, specifically on defense. The next time Lake had the ball, Tyndall would roll to his right looking to pass. In doing so he lost the football, which Milford eagerly pounced on at the Spartans 26-yard line. It looked as if Milford would not be able to take advantage of the situation as they had little success moving the ball. However, a key defensive pass interference penalty on Lake, extended the Milford drive. Milford gained some confidence and got their first points of the game as junior Elijah Lake would take it in from five yards out. A successful two-point conversion made the score 12-8 Lake in front, as the first quarter came to an end.

On Lake’s next possession Milford forced them to punt as the defense stood tall. What followed would be a huge mistake for the Bucs. Following the three-and out, Milford mishandled the Lake punt, with the Spartans pouncing on it in Milford territory. Lake wasted little time converting their good fortune into points. A two-point conversion stretched the Lake advantage to 20-8 with 8:11 remaining in the first half “We made so many mistakes tonight, some big, some small, but they all caught up to us in the end. While dropping the punt hurt us, that was just one play. I can give you a list of at least 20 plays where mistakes we made cost us possession or points.” Strickland said.

The mistakes would continue for Milford as they turned the ball over on their next possession. It would take Lake all of two plays to capitalize on the Buccaneer blunder, as they increased their lead to 28-8, following a two-point conversion.

On the ensuing drive Milford would drive deep into Lake territory, before turning it over on downs at the Spartan 3-yard line. It was at this point Lake would take a page out of the Milford script, on an ill-advised toss play in their own end zone, Lake would fumble and the Bucs would jump on it for a touchdown. Suddenly Milford closed the gap to 28-14 after a failed extra point attempt, which would be the score the teams would take into the locker room.

To start the second half, Milford would go right down the field, with senior Ryan Mejia connecting on a 32-yard strike to fellow upper classmen A.J. Kravitz, making the score 28-20 with less than a minute gone in the second half.

While the Milford defense would hold on the ensuing drive, the Lake punt would pin Milford back on their own six-yard line. With Milford trying to pass from their own end zone, Lake would strip the ball from Mejia for a quick touchdown, making the score 34-20 Lake, with just over 07:00 remaining in the third quarter.

Milford was still not out of it however, as junior Keith Owens would return the kick-off 85 yards for a touchdown. Milford would fail to convert, but it was now a one score game, with plenty of time left on the clock. It would be the closest that Milford would get.

Lake took control of the play, with a dominant running attack, led by determined offensive line and a solid showing, from sophomore running back Ayden Young. Milford had certainly had their chances, but they continued make mistakes, where Lake continued to make a statement.

Lake was clearly the better team once they started rolling, but there is little doubt Milford helped them out with a combination of silly mistakes. These are the same mistakes Milford made in their all too close against North County MD in their prior game “This can’t go on, players need to know their assignments, do their jobs, and not give away free yardage. We need to get it correctly quickly as this season could be over before we know it. We have to head down to a hostile environment at Delmar this week, if we continue to make the same mistakes, they will run us into the ground.” Strickland concluded.