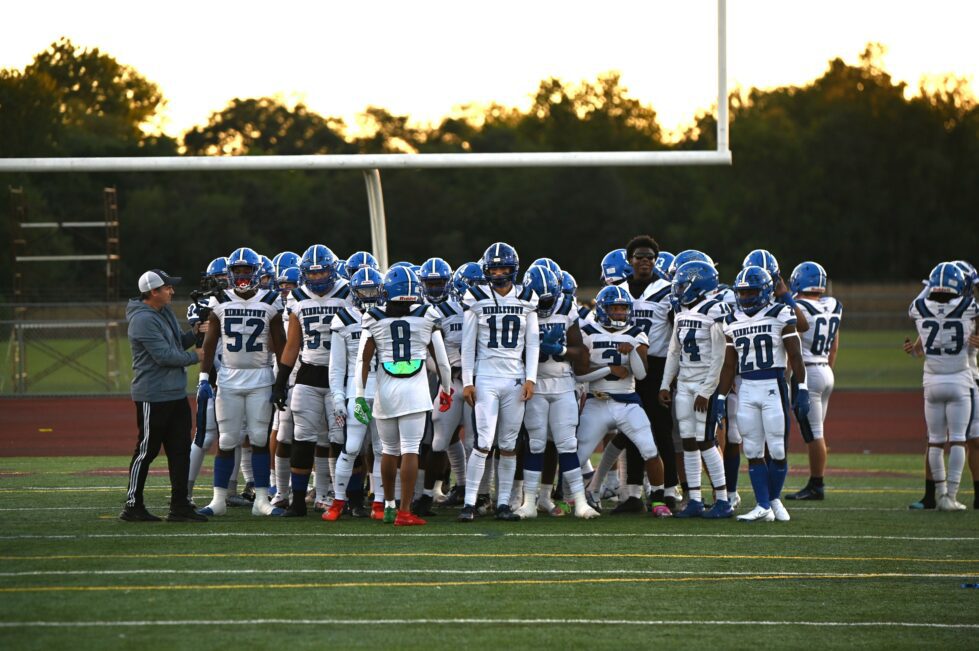 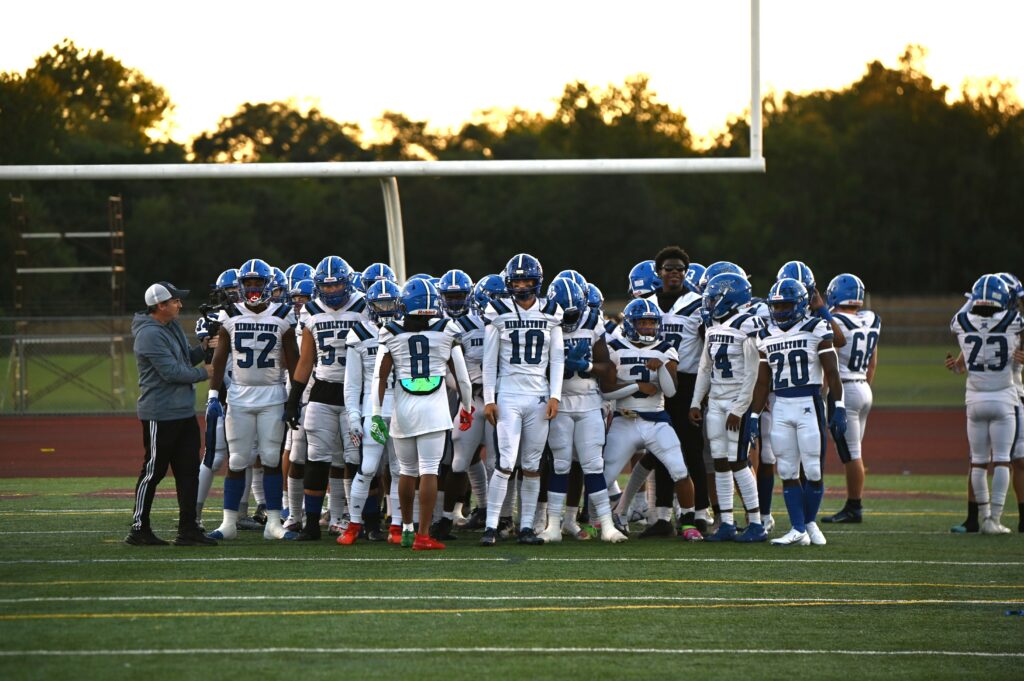 Georgetown – Defending Class AAA state champion Middletown came into their game with second ranked Sussex Central hovering at the 500 mark on the season, but left Georgetown with a statement win as the Cavaliers pulled away from the Knights in the second half with a 42-16 road win.

“First off Sussex Central is a great football team and a great football program, Coach Wells and his staff do a tremendous job and the community support her is first class so it great for our guys to play a great football game against a really good team and come out on top,” Middletown head coach Zach Blum said.

Sussex Central scored first on a 40 yard field goal by Iby Fojaco giving the Knights a 3-0 lead with 6:09 left in the first quarter.

Middletown answered when Austin Troyer connected with Noah Kracyla on a 20 yard touchdown pass giving the Cavaliers a 7-3 lead.

On the Knights first play of their next series Kaseem Powell recovered a Andrew Long fumble at the Sussex Central 38 yard line. Eight plays later Makai Walker scored on a three yard run as the Cavaliers took a 14-3 lead with just 12 seconds to play in the first quarter.

Sussex Central answered early in the second quarter on a one yard touchdown run by Kris Shields closing the gap to 14-10.

Josh Roberson stretched the Middletown lead to 21-10 on a six yard run that was set up by a 74 yard pass from Troyer to Kracyla. The Cavaliers took that lead into halftime.

Kracyla led the Middletown receivers with seven catches for 192 yards and a pair of touchdowns.

“He (Kracyla) played a whale of a football game tonight,” Blum said.

Shields added his second touchdown of the game on a nine yard late in the third quarter as Sussex Central cut the Middletown lead to 28-16.

Middletown added a pair of rushing touchdowns as Walker and Roberson both scored their second touchdowns of the game each with one yard run giving the Cavaliers a 42-16 lead.

Troyer completed 14 of 23 passes for 292 yards and two touchdowns for Middletown.

Middletown improves to 5-4 on the season and will host Hodgson next Friday night. The Cavaliers have clinched a berth in the Class AAA state tournament, but will have to wait to see who they play until the season ends.

Sussex Central fell to 7-2 on the season and will host Caesar Rodney next Friday on Senior Night. The Golden Knights have also clinched a berth in the Class AAA state tournament. A win next weekend over the Riders would most likely give the Knights a first round home game.