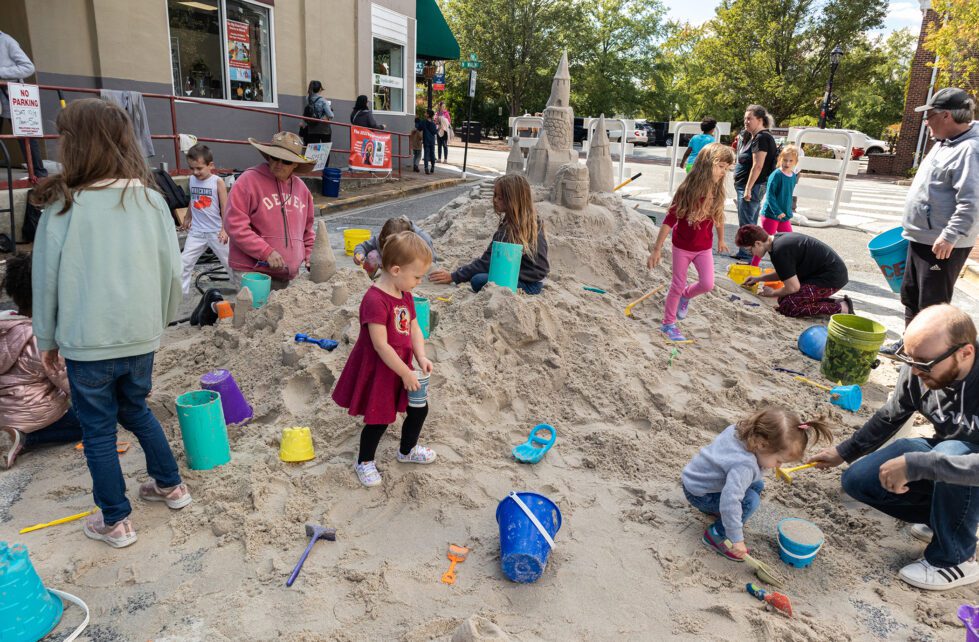 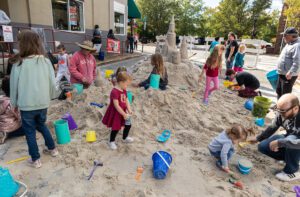 On Saturday, October 8, 2022, Mispillion Art League (MAL) presented The 4th Annual Big Draw Festival Delaware, in the Milford community. Taking place in countries around the world, The Big Draw’s theme this year, “Come Back to Color” was a celebration of what we all hope will be a return to more vitality, color, health, and vibrancy in everyone’s life after several challenging last few years.

Park Avenue in Milford was closed to traffic and art activities were positioned all along the street. A beach is not normally found in Milford, so we brought one in. Eight tons of sand, donated by Pennsy Supply provided tons of fun to children and adults of all ages, who walked in the sand barefoot and built sandcastles with the help of award-winning, master sandcastle builders, Darrell O’Connor and Andrew West. The City of Milford’s Parks and Recreation Dept generously picked up the sand and delivered it to Park Avenue and then cleaned up and carried it away at the end of the day. 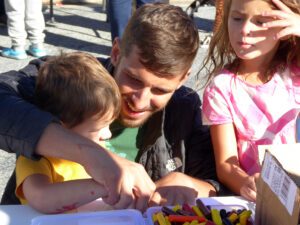 A big wall of paper down the center of the street allowed artists from toddlers to grownups to draw to their heart’s content with colored markers and crayons which they did with so much joy, it was palpable. City Council member Dan Marabello attended to show his support, as well as Katrina Wilson who also brought her creative granddaughter. State Representative Bryan Shupe came with his young son.

Art activities included mask making – colorful ovals were provided and lots of colored paper torn and cut into shapes to create fun and fanciful faces. “Pass the drawing” had entire families working together as one person started the drawing and passed it along to the person beside them and so on. Lots of laughter ensued. Painting pumpkins is always a hit, and we ran out of them before the end of the day! Pumpkins were donated by East Gate Farm/Nursery in Milford. 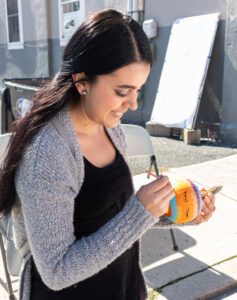 MAL’s next-door neighbor Red Bandana got in on it, with a table full of pumpkins outside their shop on Walnut St. A table was set up outside Dolce Bakery and Café and participants found out how much fun it is to paint with coffee.

The Milford Library set up a station for leaf printing and Milford Museum showed us how to “paint with milk” an historic method of using milk with colored pigment. With the inspiration of Steering Committee member Harry Humes, Milford High School Art Teacher Julie Skerritt enlisted 15 of her art students to paint their previously prepared designs for Windows on Walnut, painting ghosts, pumpkins, and other signs of the season on the windows of MAL, Red Bandana, The Music School, Dolce, and Maggie’s Antiques. They all said they had a great time and would do it again. 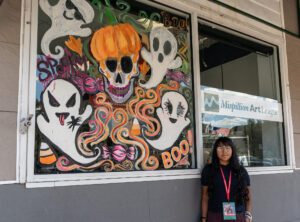 Architecture and Engineering firm and MAL neighbor Davis, Bowen & Friedel, Inc. (DBF), printed over 5,000 flyers that were distributed to Milford schools and throughout the town of Milford.

Downtown Milford, Inc. donated banners promoting the festival, and placed them on light poles in the downtown area. Oldies XL Radio broadcast live from the event and helped create a festive atmosphere as music from the 60s, 70s and 80s played all day long and had people dancing in the street. Over 50 volunteers turned out, most from the ranks of Mispillion Art League, but also friends from all over the town of Milford who wanted to make this festival the best it could be. Boy Scouts from Troop 186 came out to help, bringing water and assisting volunteers. 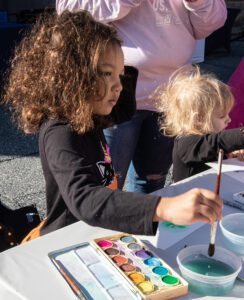 Gloria Markowitz and Kathy Stetson delivered flyers all over town, Paige Evers distributed flyers to the Churches. Many hands played parts. It could not have happened otherwise. A Thank You Party for volunteers was held on Saturday, November 5 at Mispillion Art League. 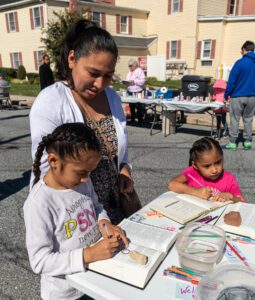