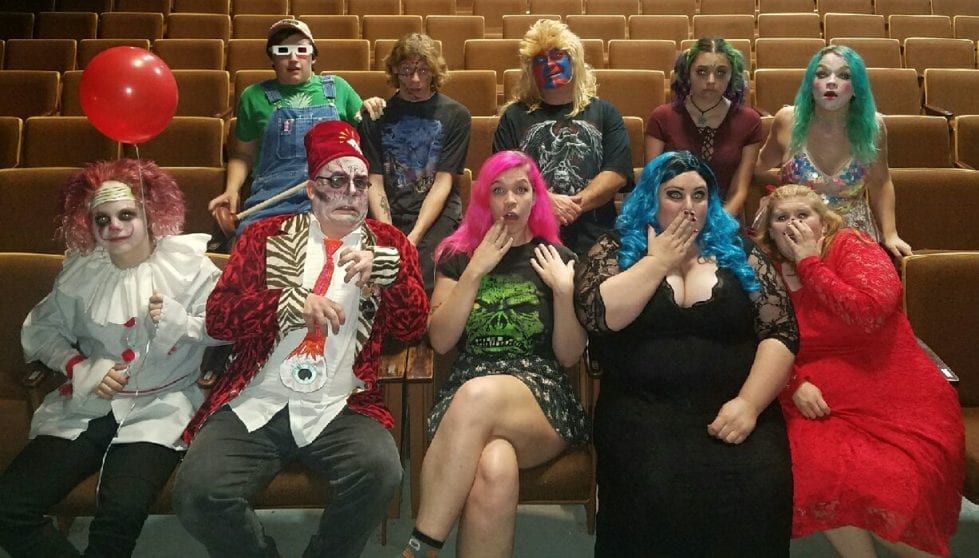 Mr. Moribund’s Theatre of Terror returns to the Riverwalk Theatre in July

Today, the popular live show Mr. Moribund’s Theatre of Terror made the official announcement that it will be returning to the Riverfront Theatre for a Summer Screamer show this July, with a showing of the classic 1968 Godzilla film Destroy All Monsters.

The show took a necessary hiatus during the 2020 pandemic when the Riverfront Theatre closed for the year, but now that capacity restrictions have been eased the show will once again be presented to audiences on Friday July 30th and Saturday July 31st of 2021.
“We are all eager to get back to the show again,” said show creator and performer W.J. Walton, “and I know our audience is eager to see us as well.” The show features a screening of the film, along with live performances by the Theatre of Terror cast, live music and comedy, contests and audience participation.
Tickets are $5.00 per person, and due to current capacity restrictions, will only be sold in advance, with no tickets sold at the door.
“This may change in the coming weeks,” Walton said, “but for the time being, the best thing to do is get your tickets as early as possible.”
Doors open at 7:00pm and the show begins at 7:30, but Walton recommends arriving early.
“We often have an art show and other items of interest in the lobby as you come in, and you won’t want to miss any of the fun,” Walton stated.

The cast of Mr. Moribund’s Theatre of Terror are preparing for a summer production of the popular event.

Tickets will be available for purchase on the Second Street Players website at www.secondstreetplayers.com