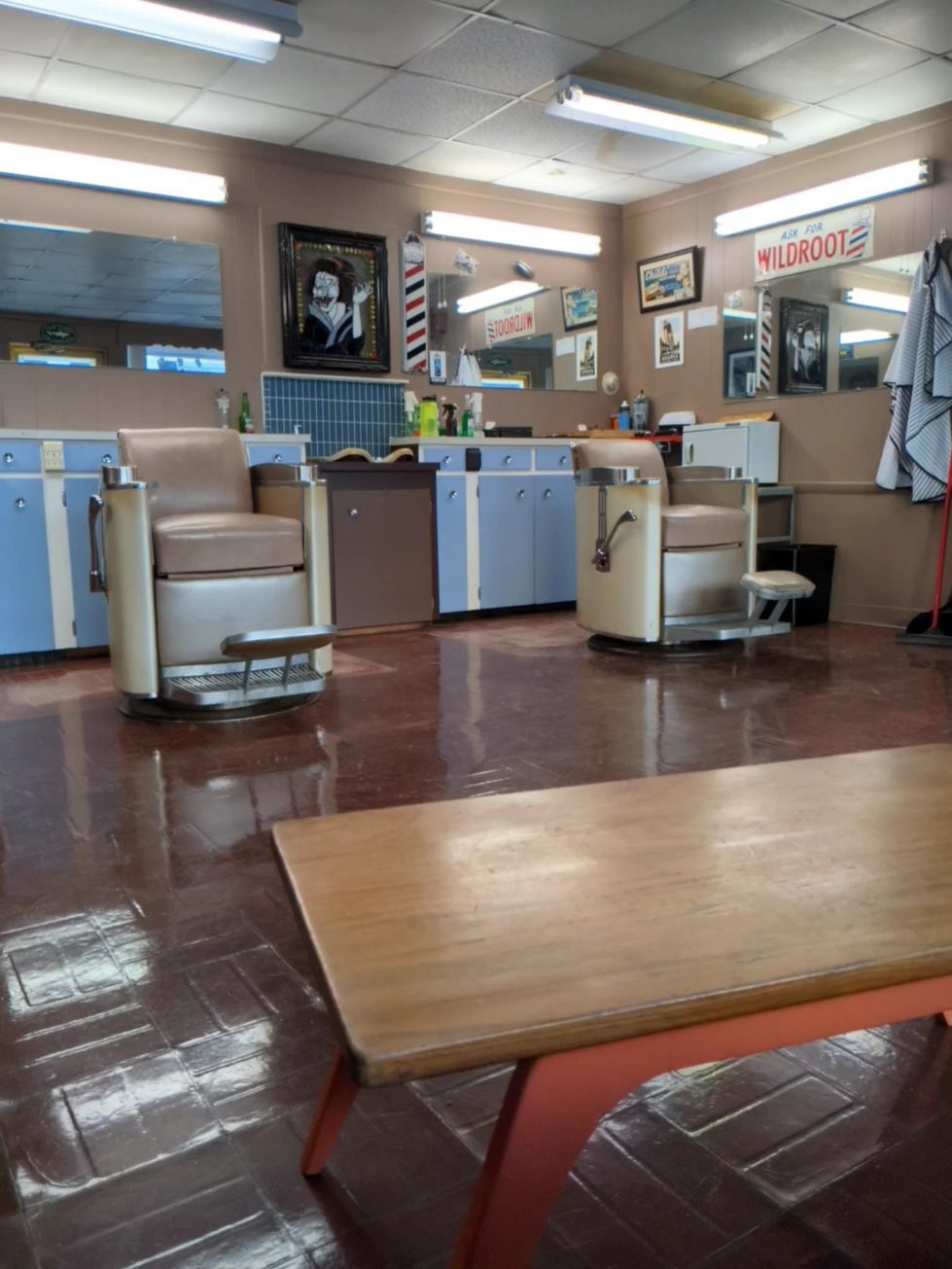 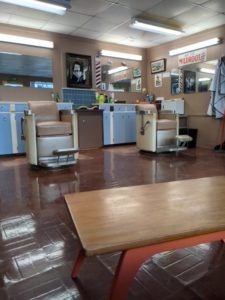 Interior of Norman’s Deluxe Barbershop and Shave Parlor, including chairs that are original to the location

Earlier this year, Tom Smith, owner of Norman’s Deluxe Barbershop and Shave Parlor, announced that he had just signed a lease on a building located at 38 North Walnut Street. Smith was excited to announce the move as this has been the location of a barbershop for many years.

Smith has been a barber for five years, celebrating his anniversary in the profession in December. He opened his own location in the loft of Salon M on Causey Avenue soon after finishing school.

“I owe much thanks to Megan Cagle of Salon M for allowing me the opportunity to come in fresh out of school and take over that space in her salon,” Smith said. “It has been an absolute pleasure working with Megan and the other ladies at Salon M, Barbara “Peaches” McGee and Jennifer Strickland.”

Smith completed some updates in the building after taking over and installed chairs that were original to the location, thanking his friends Philip Henry Ruiz for rescuing the chairs. The shop was the location of Abe’s Barbershop for more than 40 years, owned by Abe Ellison. Jim Gray, who had a chair at Abe’s for 35 years and has been a barber for 65 years, still working as a barber at Razor’s Edge in Milford, has many fond memories of downtown Milford, stating that some of his best memories are the families he served for generations.

“I could always walk behind someone and recognize them by the back of their head,” Gray laughed. “I was no stranger to downtown Milford as my first business decision was to buy a barbershop where the current Marvel Agency now stands. I witnessed many changes through the city and discussed politics and current events with those I served. As you can imagine, I have also seen many types of haircuts come and go. I could cut just about any style a customer requested.” Gray also became heavily involved in the community and enjoyed the friendships he made along the way. 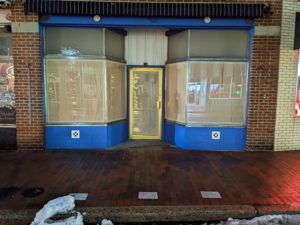 Gray, who remembers cutting Smith’s hair a few times, wishes him well on his new endeavor and offers him some advice.

“Always take time the time to listen to the customer’s request and always be kind,” Gray said.

Norman’s Deluxe Barbershop and Shave Parlor specializes in traditional hot towel shaves in addition to haircuts. The shop is open on Monday from 3 to 8 PM and Tuesday through Friday from 8 to 4 PM. They are closed Saturday and Sunday.