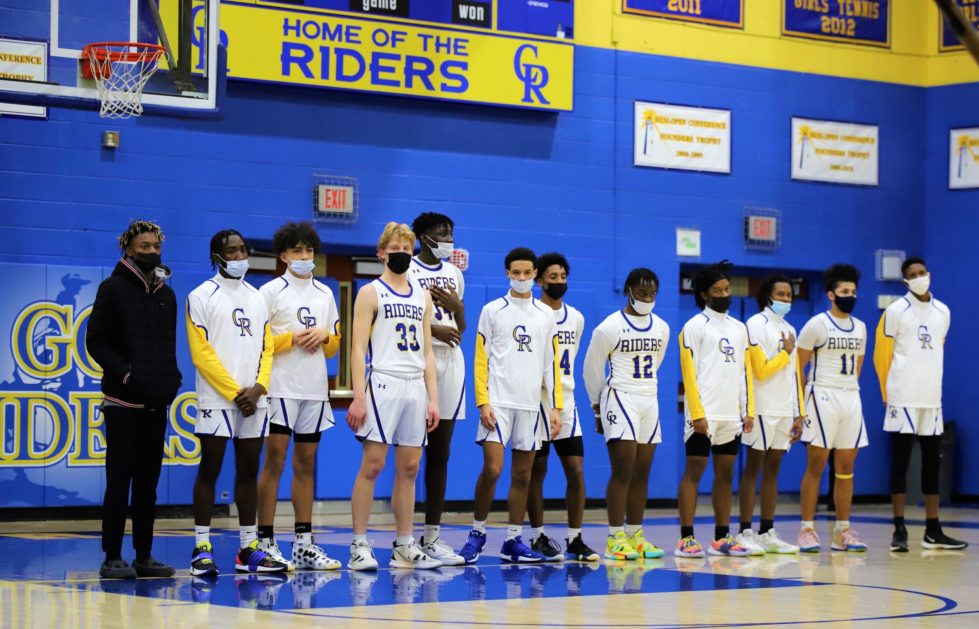 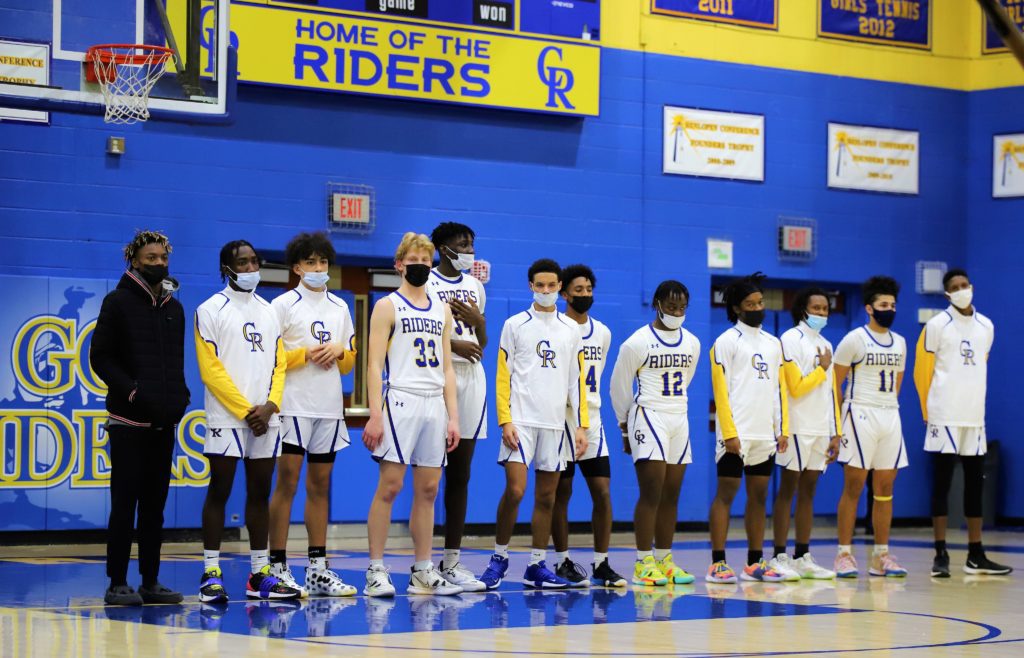 The Caesar Rodney Riders rallied from a nine point deficit with 3:20 left in the 4th quarter to tie the game on a three-point shot by Trey Voshell with :01 second left, then outscored Seaford 8-4 in overtime to get the road win Saturday in boys basketball.

CR scored the first points of the game on a long-range jumper by Craig Williams. The Riders would not lead again until overtime. Seaford led by ten at the end of the opening quarter, and led by as many as 13 in the second quarter, eventually going on top 31-22 at the half.

The home team (Blue Jays) increased their advantage to 45-33 with 8:00 left in the game, with most of the scoring provided by senior Tyrese Fortune, and sophomore Careen Bolden.

Caesar Rodney trailed by 9 points at 47-38 with 3:20 left in regulation when they rallied. The two teams combined to make the rest of the game a “thriller”.

Williams drained a “three”, then forced a Seaford turnover and was fouled. He made both free throws to cut the lead to 47-43. Following a Bolden “short” jump shot, it was Williams again with a “step-back” make beyond the arc to bring the score to 49-46 with barely two minutes to go.

Seaford’s Tyrese Fortune calmly made both ends of the one-and-one to push the lead back to five at 51-46. CR’s Williams converted a layup just 13 seconds later, and following a Seaford miss, the Riders’ Anthony Aglio pulled down the rebound, was fouled, and he also made the front end and bonus foul shots to make it 51-50 with 1:25 left.

Undaunted, Seaford would regain a 3-point advantage just 10 seconds later on a 15-foot jumper by Bolden. The Riders next possession resulted in a pass from Aglio to an open Malachi Brinkley – left of the circle for a 3-pointer to tie the game at 53-all with :55 to go. Seaford coach Vince Evans called a time out to set up the final minute. The Blue Jays worked the clock down to :14 when Brent Ricketts made a shot from the right wing and the home crowd exploded. The Riders head coach, Frank Victory then took a time out to “settle” the team for the final shot. CR trailed 56-53 with :11 on the clock.

The Riders worked the ball to Williams, who drew a double team. He found Voshell open in the right corner for a long range jumper with :01 left to send the game into overtime.

The overtime period would be back-and-forth. CR grabbed its first lead since 3-0, on a free throw by Messiah Antwi at 57-56. On the other end of the floor, Fortune made two foul shots and it was Seaford ahead at 58-57. Antwi then made a “hook shot” in close, and added another free throw to give the Riders the lead at 60-58 with 2:21 left. Seaford would tie the game at 60-all on a layup by Fortune with only :40 to go in the extra period. CR had another answer as Voshell converted a layup with :22 left for a 62-60 lead. Seaford could not score and had to foul after missing a shot with :02 left. That sent Aglio to the line where he made both shots to make the final 64-60 in OT.

Caesar Rodney was led by Williams with 18 points (4-threes), while Brinkley and Antwi both scored 16. Brinkley also made 4-three pointers for the Riders as they improved to 5-4 with the win.

The Blue Jays received a game-high 26 points from Fortune, Careen Bolden added 16, while the Riders held the “high-scoring” Ricketts to just 3 points. Seaford falls to 6-4 on the season.