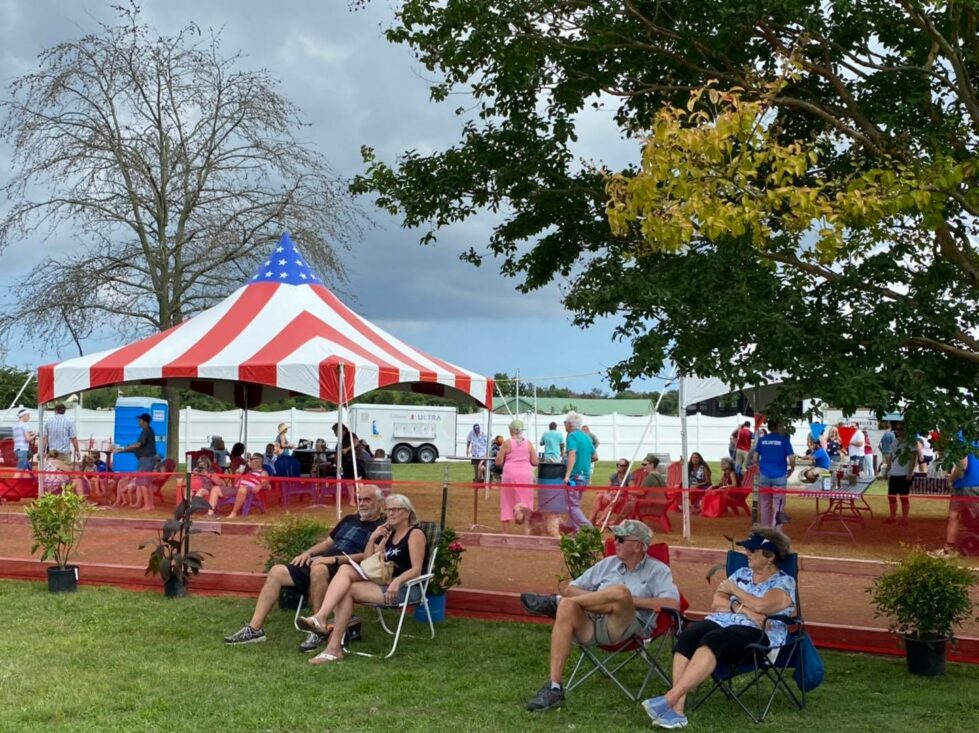 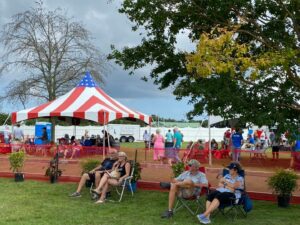 Milford’s largest outdoor festival will return September 17 when the Riverwalk Freedom Festival kicks off at 9 AM throughout downtown. This year, there will be a few new attractions along with the popular activities and events from years before.

“In addition to all the great things taking place at this year’s event, the Milford Senior Center will be open for the first time in several years from 9 AM to 3 PM.” Jo Schmeiser, Executive Director of the Chamber of Commerce for Greater Milford said. “They will be offering several different events throughout the day, including sales of their ever so popular crabcakes. Also, Park Place Restaurant and Lounge will be opening at 9 AM offering breakfast and will also be providing festival specials all day. This year, we also have the Delmarva Boat club joining us as a vendor with the support of the Milford Museum. They will be presenting a boat show on the Mispillion River at 4 PM.”

Live music is planned in Bicentennial Park during the event as well. Lincoln City Band will play from noon until 1:45 PM with Petting Hendrix following from 2:15 to 4 PM. Bobby Lee Jones Band will perform from 4:30 to 6 PM with Plead the Fifth the headliner from 6:30 until 10 PM. The night ends with Milford’s only fireworks display which starts at dusk. People are encouraged to bring chairs and blankets to stake out a spot in the park or in the beer garden to listen to the music and watch the fireworks.

“The Dover Federal Credit Union and Grassroots Rescue folks will be on hand along with vendors such as Fur Baby Pet Resort and D.B. from Eagle 97.7 in the Pet Park,” Schmeiser said. “The Pet Park will be offering dog adoptions, all kinds of pet-related services and he Pet-riotic Pet Parade at noon. WE encourage folks to dress their pups in their finest patriotic attire to participate in the parade and have a chance to win a prize from Concord Pets along with other supporters.”

The Artisan’s Bank Red, White and Brew Garden will also open at noon, providing those over 21 with the option to purchase adult beverages. Although the park is open to people of all ages, identification will be checked at the gate and those over the age of 21 will receive a wristband that will allow them to purchase alcohol. No one without a wristband will be served adult beverages and all alcohol must remain within the garden. Volunteer servers from Milford and Harrington NAPA Auto, County Bank, M&T Bank and more who will raise tips for their favorite charities. 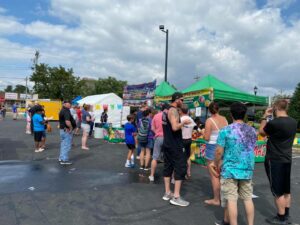 Vendors, food trucks, a pet park and a beer garden are just some of the highlights of the upcoming Riverwalk Freedom Festival (photo courtesy of CCGM)

Even the Milford Library Amphitheater will be busy during the festival, Schmeiser said. Acts will begin at 9:30 AM with a Jazzercise demonstration. There will also be several Salisbury Zoo live animal shows throughout the day. The festivities in the amphitheater end with a performance by Tatianna Akinfieva Dance Academy and Diamond Dance Company.

The Riverwalk Freedom Festival began over 20 years ago in order to honor sacrifices made by first responders and military members who serve their community. Initially known as the Riverwalk Festival, the name was changed to the Riverwalk Freedom Festival after the attacks on September 11, 2001. Since that time, the festival has included many events that celebrate first responders, the military and the sacrifices those people make to keep the country free.

“We thank and appreciate our over 100 volunteers, the support from the City of Milford and Milford Parks and Recreation Department,” Schmeiser said. “Without them, the sponsors, the supporters, local businesses and the community, we could not make this event possible.”

Volunteers are still needed for the event. Anyone who wants to volunteer should visit https://signup.com/go/riverwalkfestival2022 to see opportunities and to sign up. For more information, contact the Chamber of Commerce at 422-3344.