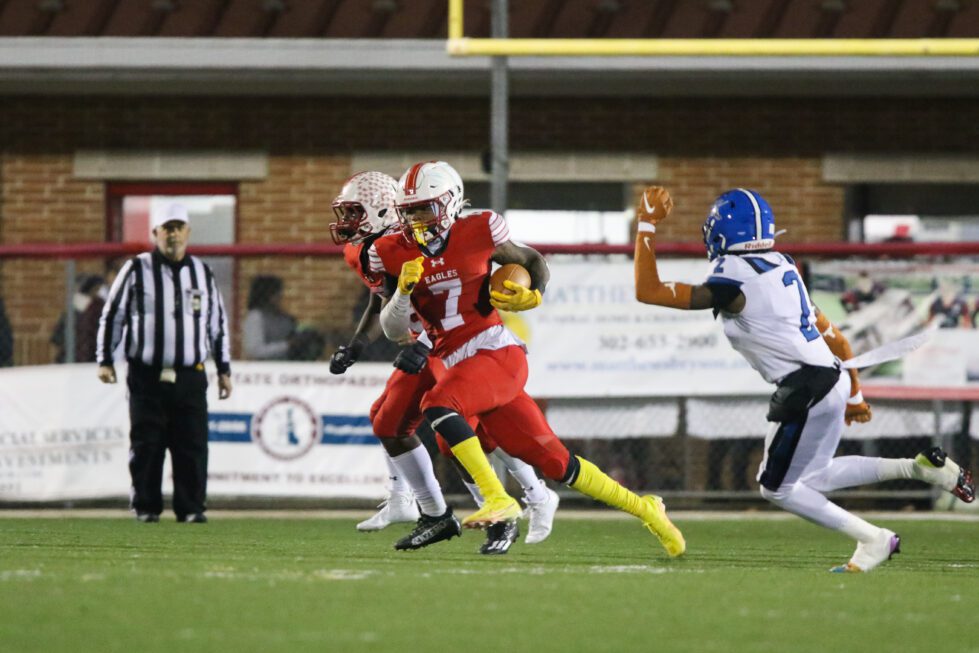 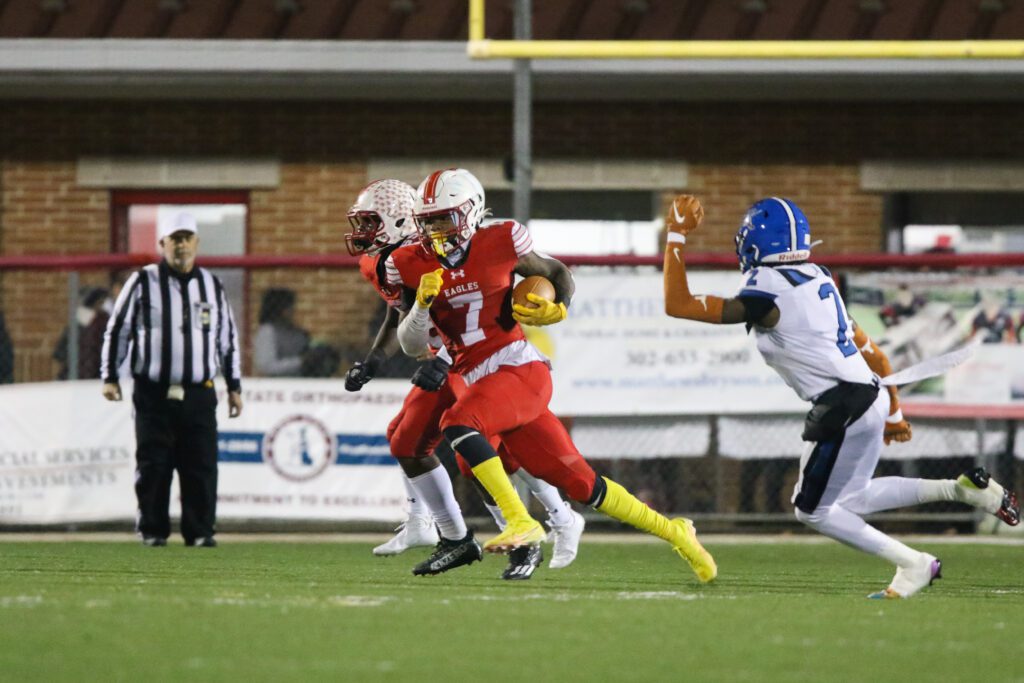 In the 3A quarterfinal round last week, three teams “flipped the script” avenging losses during the regular season. Smyrna did the same Friday night in the semis with a convincing 48-0 win over Middletown, a team the Eagles lost to 21-14 back in September.

Smyrna mixed up the offense using the “wildcat”, “earthquake”, and the spread with very little passing, thus keeping the Cavaliers off balance for much of the game. The Cavs had the 1st scoring opportunity when Austin Hamm attempted a 30-yard field goal. He had the distance, but the kick sailed left leaving the game scoreless. Late in the opening quarter, Smyrna put the first points on the board as Yamir Knight ran 19 yards for a touchdown and he added the two point conversion for an 8-0 lead. After a defensive stop, The Eagles added to their lead as Joshua Gueh passed to Nolan Fretz out of the wildcat formation for a 14-0 advantage. Smyrna would finish the half with two more scores, a 23-yard pass from Knight to Cole Moyer, and a safety when a high-snap went over the punters head and out of the endzone.

The halftime score was 24-0 in favor of the #1-seeded Eagles who out-gained the Cavs 207-57 in total yards. Plus, Smyrna would receive the kickoff to start the 3rd quarter.

The Eagles went to their run oriented “earthquake” formation to start the second half, running valuable time off the clock while keeping Middletown’s offense off the field. It worked to perfection as Smyrna added another Knight touchdown run of 2 yards and a conversion pass from Knight to Julian Charlescar to push the lead to 32-0 while controlling the clock for nearly the entire period.

Middletown’s best chance to get on the board came early in the final quarter as they made it inside the “red zone”, but gave the ball up on downs. Knight broke lose for an 82-yard run, and Markell Hohlman finished the scoring on a 7-yard run to make the final 48-0.

Smyrna out-gained the Cavaliers 392-90 with Hohlman rushing for 211 yards and Knight gaining 132.

Smyrna will face the winner of the St. George’s Tech vs Dover game on December 10th at Delaware Stadium for the Class 3A championship.