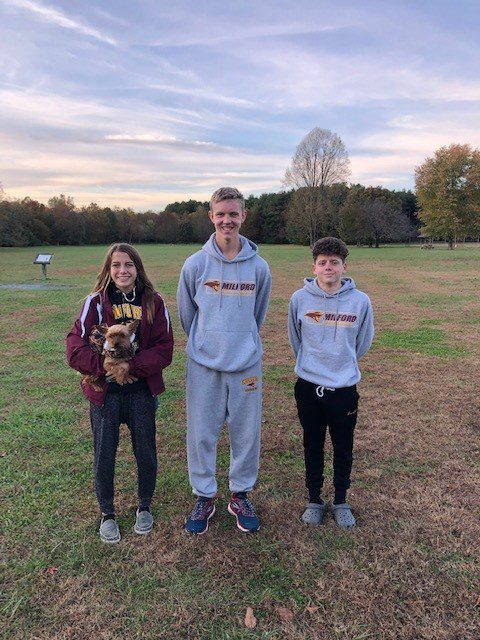 Following a tough physical game on Monday at Sussex Tech, it was always going to be a tough ask for Milford to travel up to Caravel on Friday night and put in a solid effort against its hosts, boasting a 7-1 record and jockeying for tournament seeding. Add on top of that it was “Senior Night” for Caravel, and it remembered the 24-point drubbing that Milford handed it last season, it was a tall order.

While the game did start off promising for Milford as it was able to move the ball on the game’s opening series, working it into Caravel territory, that would be the best effort MHS would show all night. However, a false start, miscommunication and missed plays all added up to Milford turning the ball over on downs.

When Caravel took over on the very next series, Milford forced a turnover and was able to set up shop at its 40-yard line. On the next play however, Milford would return the favor as the snap went over the head of senior quarterback Shawn Saxon, which was eagerly gobbled up by the Caravel defense. “It has been plays like that which have been killing us all year. Penalties, miscues, wrong routes and blown coverages have all played a part in us not winning or staying in some games we should have,” Coach Shaun Strickland said.

Caravel would waste little time as it marched down and scored the game’s opening touchdown to take a 7-0 lead and never look back. While Milford would show some flashes on offense, the mistakes would always come, and Milford would pay a price for it. While the Buccaneers only trailed 14-0 at the half, there was an ominous feeling that the dam was about to burst.

As you can tell by the final score, Milford could not get out of its own way in the second half as mistakes and fatigue from the short week continued to mount. With one game left in the season, Strickland is hoping his team can finish on a high note, as it travels up to Mount Pleasant this week, for a Saturday morning tilt. “Mount Pleasant is a solid team and it’s a 9:30 kick-off, so obviously it’s going to be a challenge for us. More than that however, it is a test of character. Our team can choose to go out and finally put four quarters together this year or simply just mail it in. It’s up to us as a unit to decide how we want to remember this last game,” Strickland said. 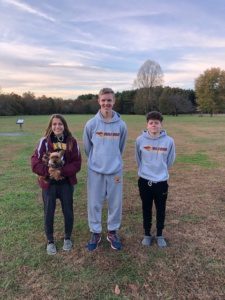 Last Saturday, the Milford cross country teams competed in the Henlopen Conference Championships. Once again, coach Lance Skinner was please with both his teams’ performance as well as that of some key runners. The boys’ team would finish fifth out of 16 teams, while the girls would finish sixth. “Once again it’s great to see our runners continuing to improve as the season has progressed. I am very proud of how the entire team has come along,” Skinner said.

Individually, Milford would place three runners in the top 20 to garner All-Conference Honorable Mention honors. They were junior Eric Perry (17th), sophomore Nate Waydelis (18th), and sophomore Faith Mitchell would finish 18th on the girls’ side. “I am very proud of how far they have come this season, and they are young so you would expect them to continue to improve next season. As individuals and as a team, I am very happy with how we performed this year,” Skinner concluded.