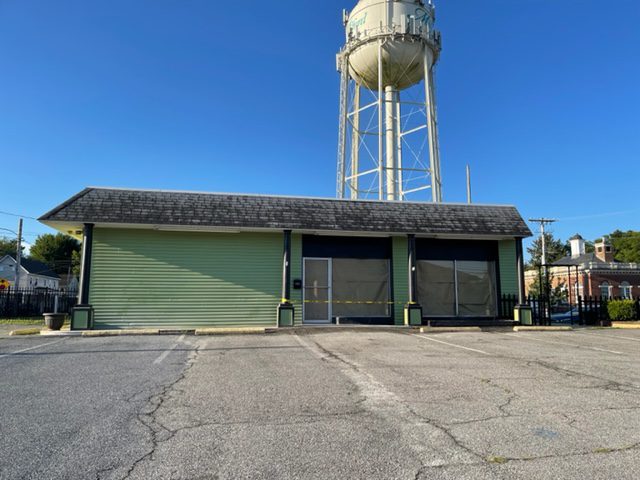 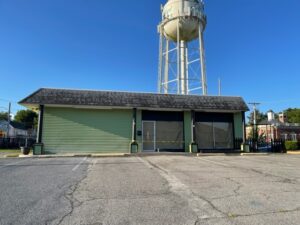 The former Lifecycle location will soon be home to Stone and Sage, a metaphysical supply store

Cat Perfetti always dreamed of operating a retail store that would offer metaphysical supplies and, when she saw that the former Lifecycle location was available, she decided to make her dream become a reality. As a result, Stone and Sage, a 100 percent female-owned business, will open at the 10 Southeast Front Street location on September 17.

“We will be offering metaphysical supplies such as crystals, tarot cards, spell kits, loose teas and oils,” Perfetti said. “We will also have a Spell Bar where you can come in and create your own spell jar on site. We are offering gothic painted furniture and décor as well as a number of classes. We will have a part-time tarot card reader and will host meditation clinics. We have several local artisans selling their items in the store as well.”

In addition, Perfetti hopes to allow vendors to set up in her parking lot during the same hours as the Riverwalk Farmer’s Market to help expand the shopping footprint of the downtown area. She chose the grand opening date of September 17 because there will be many people downtown for the Riverwalk Freedom Festival.

“I think the biggest challenge will be what every new business owner faces, getting the name out there and people starting to know the business is here,” Perfetti said.

Raised in Latrobe, Pennsylvania, Perfetti moved to the Poconos in 2001 where she met her husband, and they had a daughter. In 2013, the family moved to Delaware when her husband accepted a position teaching at Howard T. Ennis. In November 2014, the couple opened Delaware Branding, their second tattoo shop. The first was Entitled Ink and located in East Stroudsburg, Pennsylvania, which they sold when they moved to Delaware. In 2015, the couple added screen-printing to their tattoo shop. 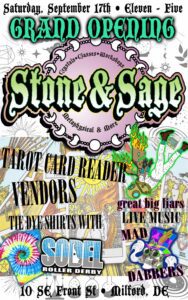 “I have been an entrepreneur most of my adult life,” Perfetti said. “Some businesses I opened and ran and some sold as turnkey businesses. I am most looking forward to the new connections to people with the same interest. So many people have reached out to me with ideas for classes and potential groups. I am hoping to have the full schedule of classes ready to release by the grand opening date. There is a lot of local talent in this area and I’m excited to be part of what’s out there. One of my goals is to give people a space to see their ideas come to fruition.”

The grand opening on September 17 is planned for 11 AM. Although Perfetti is currently not hiring, she is hoping to grow the business to the point she will need to hire additional help.