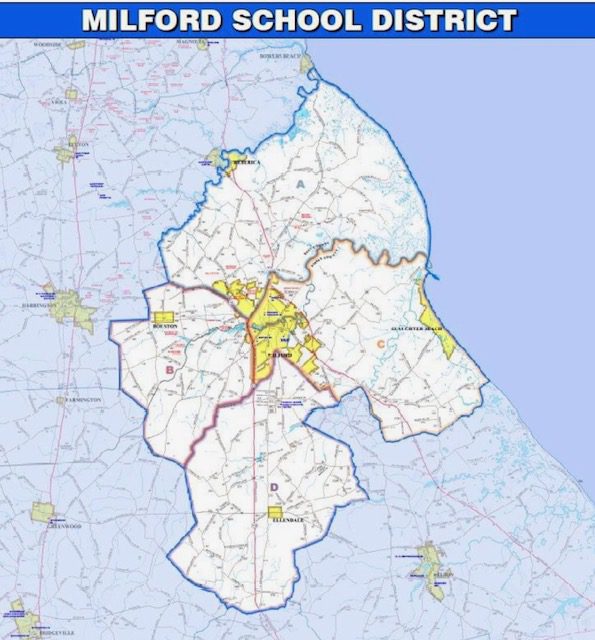 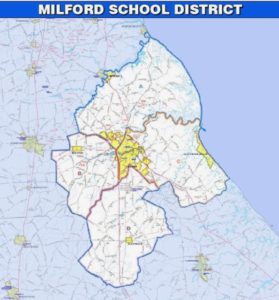 On August 1, 2022, at a meeting of the Milford School District Board of Education, Kris Thompson announced that it would be his last meeting as a board member. Thompson made the announcement when he made a motion to adjourn the meeting.

“I would like to make a motion to adjourn my final school board meeting,” Thompson said. “As it may not be fully publicly known, I am changing my address. I am still living in Milford School District but moving outside my elected district. Tonight will be my final board meeting. I will be submitting my letter of resignation later this week. So, thank you for the time here, I’ve enjoyed it a lot.”

Thompson began representing Area B when Yvette Dennehy did not register to run for election again in 2019. Thompson was the only candidate to file for the seat and was appointed as a board member at the July 2019 reorganization meeting. He decided to run for school board after serving as a coach at Milford Central Academy and seeing the good the board does with programs at the district schools.

Thompson was an advocate for transparency on the school board and felt it was important to listen to both sides of an argument. He moved to Milford when he was in first grade, graduating from Polytech in 1997 and Shippensburg University in 2000. He was hired by the Delaware State Police in 2001.

This has led the district to issue a public notice that there was a temporary vacancy for the Area B Seat.

“A vacancy exists for the Area B Seat on the Milford Board of Education for a temporary term until the conclusion of the 2022-23 fiscal year, set to expire on June 30, 2023,” the notice read. “Interested persons shall submit a formal request for consideration of appointment with a letter of interest, accompanied by a resume of the applicant’s education and professional background by 4:00 PM on August 19, 2022.”

Anyone interested in becoming a candidate must be a citizen of the United States and Delaware and live in the school district. They must be 18 years of age or older at the time of appointment. They must live within the Area B geographical area and cannot be a paid employee of the district. They must never have been convicted of embezzlement.

Exceptions to the controlled substance conviction include possession of a personal use quantity of marijuana under §4764 of Title 16; possession of drug paraphernalia under §4771 of Title 16; any crime constituting a misdemeanor offense against public administration involving bribery, improper influence or abuse of office.

Before an individual may be appointed to the board, the individual must obtain a criminal background check and Child Protection Registry check under §309 of Title 16.