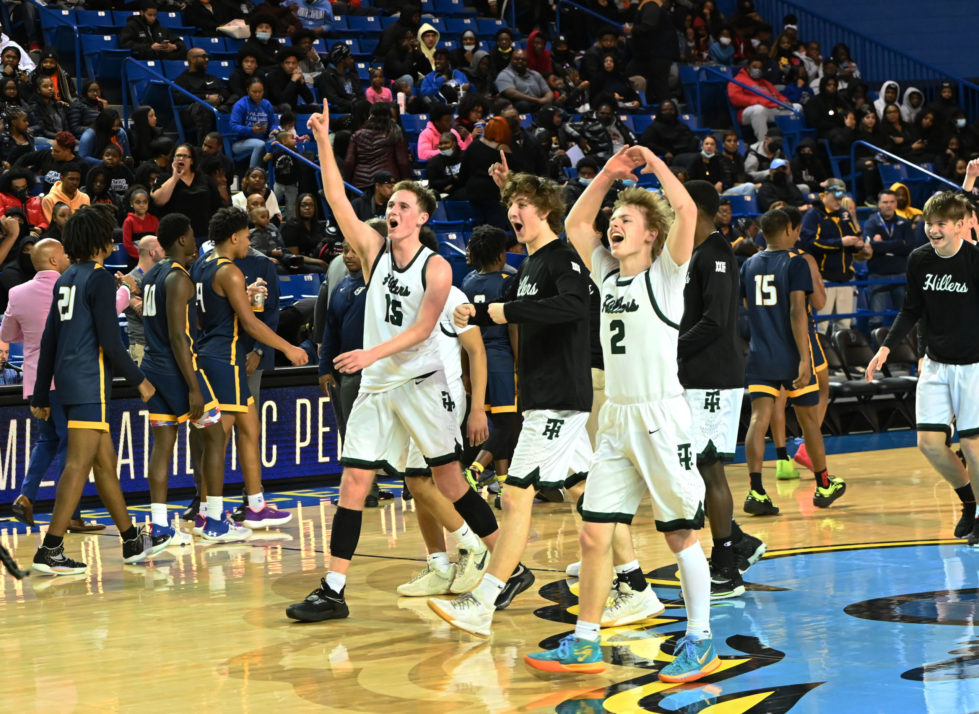 The No. 3 seed Tower Hill Hillers took on the No. 10 seed Seaford Blue Jays Thursday evening at University of Delaware in the semi-finals of the DIAA boys’ basketball state tournament.

The first few minutes of the game gave a clear indication of how each squad would look to play.

Seaford pushed the ball up the court on every opportunity looking to attack the rim and catch the Hillers on their heels defensively.

However, the solid man-to-man defense that the Tower Hill has demonstrated throughout the year made it difficult for Seaford to get any good looks at the basket as they settled for off-balanced, acrobatic shots that they were unable to convert.

Tower Hill scored 10 unanswered points midway through the first quarter and took an 18-8 lead going into the second.

Seaford came out a bit more under control in the second and found higher percentage shots in the half court.

The Blue Jays moved the ball offensively and made the Hillers work much harder defensively than they did in the first.

Unfortunately for Seaford, they were unable to slow down the Hillers at the other end of the court. Tower Hill found open shooters and made the extra pass, converting on shots close to the basket, in and around the lane.

Seaford had their best quarter shooting percentage wise as they were 50% from the 3-points line and 40% from the field but would still go into halftime down 32-18.

The Hillers started the 3rd quarter right where they left off with 6-foot-4 swingman Davis Bland knocking down his third 3 point shot of the game in the first 30 seconds of the half to extend the lead to 35-21.

Seaford appeared to be frustrated with the patience the Hillers demonstrated offensively which clearly carried over to their offense possession as Seaford was unable to get any good looks at the basket until the 2:53 mark of the quarter as No. 3 Kashmier Wise would knock down a deep three to bring the score to 38-25.

The Hillers ended the quarter the same way it began as David Bland would drain another 3 three- pointer from the wing to take a 44-27 lead heading into the 4th quarter.

Seaford would come out with 2 straight strong defensive stops at the beginning of the 4th quarter but were unable to convert at the offensive end, still trailing 17 with four minutes to go.

Tower Hill’s help defense made it difficult for the athletic Seaford guards to find any openings off the dribble, typically forcing them into low percentage shots.

The Blue Jays continued to fight but were only able to make a small dent in the lead.

Seaford found themselves having a very difficult time running any sort of half- court offense and despite a much better shooting percentage in the quarter, ended up falling to the Hillers 58-42 in the end.

Tower Hill ended the game with four players scoring in double figures, shooting 54% from the 3-point line and 50% from the field. Dylan Shepard led all scoring with 16.