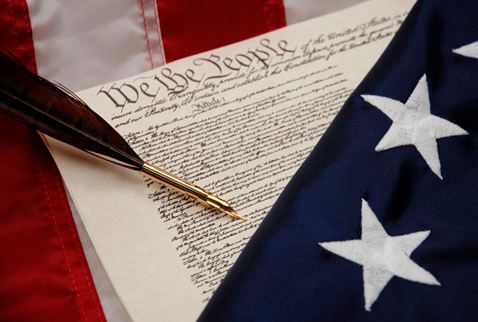 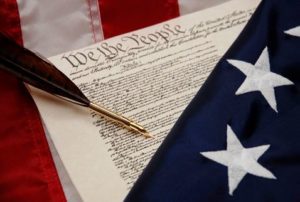 Linda Bretzer grew up with a father who taught her to respect the country, her heritage and with a strong faith in God. The wife of a member of the Air Force, she traveled the world, living in Milford when he was stationed at the Dover Air Force Base. Through the Institute on the Constitution in Pasadena, Bretzer is bringing classes on the United States Constitution to Delaware and plans to offer one class at the Chapel of Rogers Funeral Home in Milford.

“These are free classes held one day each week for 12 weeks for about an hour each session,” Bretzer said. “Some of the things you will learn include whether the United States is a democracy or a republic, the original founding fathers, how many amendments there are in the Constitution and what states were first and last to ratify the document.”

Some of the classes taught will include “An American View of Law, Liberty and Government,” “America’s Beginning:  From Independence to the Constitution,” as well as “An Overview of the Constitution.” Class dates and times are constantly in progress and held in Milford, Lewes, Wilmington and Georgetown.

“One night at a Patriot’s for Delaware meeting, I met a vendor, Larry Mayo, soliciting information about organizations show sponsor these classes on the Constitution,” Bretzer said. “His demeanor just exploded with kindness and enthusiasm for the course, and it overflowed to me. I wanted to learn about the Constitution, the Bill of Rights and the Declaration of Independence again. It wasn’t until the second time I spoke to Larry that I was overwhelmed with my interest. This was a brilliant light in a depressed, weary state our nation is in right now. He spoke the “magical” word: the classes are 100 percent free. I signed up for the classes, attended, received my certificate and volunteered to teach.”

There is an online store located at InstituteOnTheConstitution.com where anyone interested can register for classes and access the curriculum which includes a digital student handbook. There is also homeschool curriculum for teens, books, handbooks and other items available at the store. The site also offers an after school club for students who attend public high school.