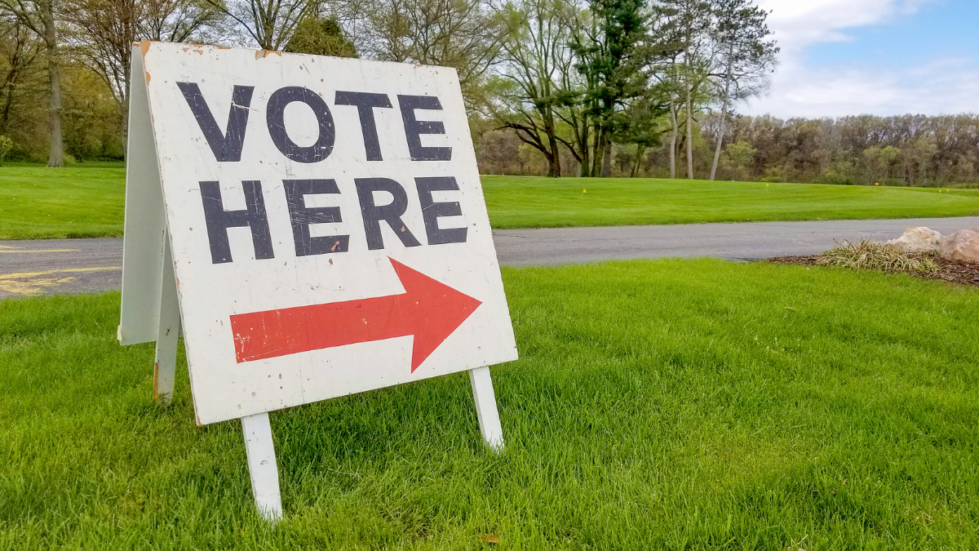 If passed, Delawareans living in 45 out of the state’s 57 municipalities would no longer have to register with the town in order to vote in its elections. Photo/Getty Images.

When Maryann Pielmeier went to vote in favor of a referendum to build a new police station in Milford, she was turned away at the polling place and told that she wasn’t registered to vote.

Pielmeier was confused. She was registered to vote in the State of Delaware, but poll workers told her that Milford had its own voter database, and she wasn’t on it.

A bill filed in the General Assembly addresses exactly that problem by requiring Delaware’s cities and towns to use the state’s voter registration system rather than their own.

Pielmeier had lived in Milford for nearly four years, and Jan. 26, 2021 — the day of the referendum — was the first time anybody ever told her that she had to register with both the town and the state.

She then filled out all of the paperwork to register but was told that it wouldn’t be processed in time for her to vote in that election.

Pielmeier isn’t alone. Only 12 out of Delaware’s 57 municipalities currently use the state Department of Elections database to determine voter eligibility.

The rest run their own registration systems, meaning voters like Pielmeier are undoubtedly turned away in at least some of the 45 municipalities that require voters to register separately.

“In some of our municipalities there is this divide between registration for elections on the state level and elections on a municipal level,” Lockman said in an interview with Delaware LIVE News. “That has had the impact of disenfranchising voters who are not aware of what is a surprising and somewhat illogical system.”

The result, she explained, is that voters who are less informed — not necessarily by any fault of their own — can find themselves in the position of not being able to participate in their local elections.

“It’s about voter access,” Lockman said. “I think that’s something that’s a strong value for many of us, and it certainly is for me.”

But some legislators say the bill goes too far and infringes on municipalities’ autonomy over their elections.

“There are many towns that are opposed to switching to the state’s system,” said Senate Minority Whip Sen. Brian Pettyjohn, R-Georgetown.

“I’ve always been of the opinion that if a town wants to expand it to state voter rolls, let them do it, but to turn around and have the state force that upon the municipalities, I think, takes away from that local control.”

Pettyjohn, a former town councilman and mayor of Georgetown, said that during his two municipal elections he never heard any complaints from residents that wanted to vote but couldn’t.

“I’m not sure what the scope of the problem is,” he said.

Georgetown has since switched to using the state’s voter registration system.

Lockman said that in some municipalities, specifically rural communities in Sussex County and majority-minority communities in New Castle County, the current system — whether intentionally or not — can have the effect of voter disenfranchisement and even suppression.

That’s a keen focus of the Delaware Legislative Black Caucus, a committee on which Lockman sits.

“We take our responsibility very seriously to look out for Black Delawareans across the state,” she said. “This is something that we perceive as an issue that reaches into that space of voters of color, perhaps in particular … being disenfranchised from the vote.”

Lockman doesn’t think the current voter registration system was intentionally designed to keep people from voting, but she said that as a legislator she has to focus on the impact of the law just as much as the intention.

The rest operate their own registries and would have to transfer to the state’s system if Senate Bill 233 passes.

Switching over, Lockman said, wouldn’t be burdensome on the municipalities or even cost them any money — and the Department of Elections would be there every step of the way to ensure that the transition is a “positive integration.”

Pielmeier isn’t convinced that the people running municipalities want folks like her voting in elections.

“I probably would look at it a little differently if they shared that information with me,” she said. “I was shocked when I showed up to vote and they wouldn’t let me.”

She said she’s not super involved in politics, but that as a resident and citizen she doesn’t think she should have to be in order to have a say in an election.

“I’m just very proud of our police department here and have a lot of respect for the police,” she said. “So it was important for me to go down and vote.”

Pielmeier said she’s hoping Senate Bill 233 passes so that other people aren’t turned away at the ballot box like she was.

Milford has since begun the process of transitioning to the state’s voter registration system.

On Feb. 14, 2022 the city council voted to eliminate the separate system to avoid confusion and encourage voter participation.

“It’s going to be a much easier process,” City Clerk Terri Hudson said at the time. “This is a very simple ordinance but it is going to have a big impact on our elections and, hopefully, better voter turnout.”

There are some exceptions to the law.

Towns will still be able to keep their own voter rolls for non-resident voters and businesses, in municipalities where they’re allowed to vote.

Kathy Lock, the mayor of Slaughter Beach, said her support for the bill is conditional on that provision.

“We allow non-resident property owners to vote in municipal elections,” Lock said. “They don’t have to register but they do have to have proof that they own property in the town.”

If Senate Bill 233 didn’t allow them to keep their own local rules for voting, she said she would be “extremely opposed to it.”

Ultimately, Lockman said her goal is to make sure “that there are no little pockets where voters are being disenfranchised in their local elections because of this dynamic.”

The bill has the support of at least one Republican co-sponsor. It’s unclear how many others are in favor of the measure, but Lockman said she’s noticed bipartisan support.

The bill has been assigned to the Senate Elections and Government Affairs Committee and will be heard on Wednesday, March 9 at 11:30 a.m. Click here to live stream the hearing.