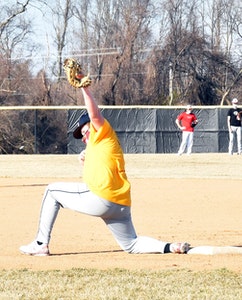 It was almost a year to the day, when I conducted interviews for what was supposed to be the Milford baseball preview for the 2020 season. Although it was unknown at the time, that season would not be played because of COVID-19. This past Thursday I caught up with Buccaneers coach Nick Brannan, as he reflected on what happened last year and what is hoped to be accomplished this year. “Last year was a very tough one for all the spring sports. It was a tough decision to make to cancel the season, but it was the right one when you consider all the uncertainty at the time. My first rule as a coach is to keep the players safe and that was just what we had to do last year,” he said.

Gearing up for this year has been a challenge; with health protocols in place and mask wearing mandatory things have been a bit different. With a predominantly young nucleus, Brannan is just happy that games are going to be played. “I promise you, if you could turn back the clock to last year, the guys would have played with bags over their heads if it meant getting on the field. High school sports go by so quickly for players and for the seniors that lost their final year, it was devastating,” he said. “However, we have a chance to get back on the field again and that is all that matters. What has happened over the last year has really forced everyone to not take simple things for granted. The health crisis is still here, and we have to be very careful not to lose sight of it, that’s the most important thing. But at the same time, we are trying to get back to normal in a safe manner.”

This year’s squad will feature a mixture of younger talent to go with a projected seven seniors on the roster. So far, the team is progressing steadily, but it has a way to go before Brannan expects them to be hitting their stride. “We have improved almost every day we have been out here and that is what you want. While some guys are a little rusty, another factor that is demonstrating itself is a bit of fatigue,” he said. “The players are trying to find a rhythm and that is going to take some time. I do think we are going to be where we want to by the middle of May, even though the participation numbers are down a bit this year.” 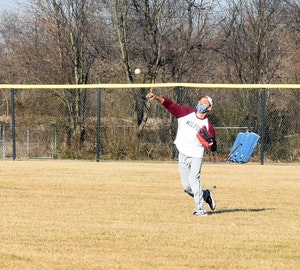 Along the youth front, Milford expects to feature a pair of eighth graders – Ryan Zimmerman and Josh Miller. Freshman Jack Hudson and Jay Scofield should see playing time as well. As with any baseball team, pitching will be the key. While the Bucs have been blessed by some big arms over the last few years who chewed up innings, this season is shaping up to have more of a committee feel to it. “The younger guys are here and will have a chance to show what they have, but we will obviously bring them along slowly. Seniors Alex Mergner, Dale Ostermann and Mason Sauers, along with junior transfer Connor Wicks will be expected to contribute on the mound as well. We have a lot of guys who will be getting innings and that is a very good thing when you are trying to be careful not to overuse any one player,” said Brannan.

Being competitive is this season’s goal, he said. “Most of the teams in Delaware are in the same situation we are in, basically having to learn or re-learn the players on our teams. It’s going to be a challenging year for everyone, at this point we just want to play our best and get better as the season goes on. We obviously play to win, but there are other factors at play that may put winning slightly on the back burner. We want our guys to be healthy and get better, that is the honest goal for this team,” he said.

Speaking with junior Mason Morris, he was thrilled to be back on the field and shares the belief that the goal is to get better. “We want to have a fluid season and get everybody on the same page. We want to help the younger guys learn and to do that, the upperclassmen have to lead by example,” he said. “Having the break last year was kind of strange, yeah, we wanted to play, but at the same time missing that season has just made us appreciate the game more. I can speak for all of us when I say we are really looking forward to this season.” 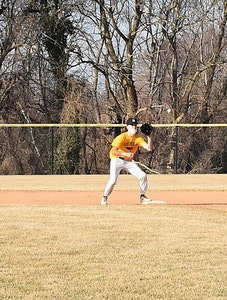 Milford opens the season on the road today (Tuesday) at Cape Henlopen before hosting Smyrna Thursday for its home opener.