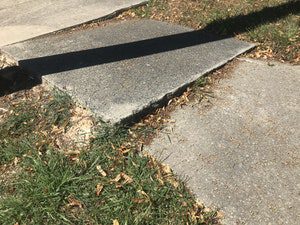 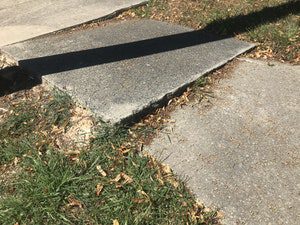 Milford City Council recently approved changes to their sidewalk ordinance. The changes included the addition of rules for right-of-way, sidewalk excavation as well as the abandonment of streets within the town. One of the reasons for the update was to deal with “paper alleys” that are on the books as streets in Milford.

“This is my second municipality dealing with alleys,” Mark Whitfield, City Manager, said. “I think I could write a book on what to do. I will tell you the general rule of thumb is 20 years. So, in other words, if someone has closed it off and it has not been used for more than 20 years, then there’s almost an implied vacation of the alley that the municipality may no longer have a claim to that alley. What happens is more likely, you have alleys that have never been improved and never been opened. That’s where we get most of our complaints. If it’s never been improved, it’s never been open, so it was nothing more than a paper street. The rule of thumb there is that people own to the center of the right-of-way. So, if it was a right-of-way that was never open, it’s an extension of the lots into the center of that right-of-way. So, if a tree falls or a tree needs to be taken down and its on what had been the alley right-of-way, it really belongs to the property owner that abuts that.”

Councilman Jason James asked if the property owner gained a title to that center line if the alley was never improved and Whitfield explained that would only happen if council took action to formally vacate the alley. A property owner has the right to ask council to do that, but council also has the ability to take action on their own, something Whitfield would like to see happen. He stated that was where issues arose when property owners were unaware that they may be responsible for the problem.

“We’ve run into issues where it’s both sides,” Councilman Todd Culotta said. “You’re giving somebody something saying we are extending your property and they say “well, you guys have taken always taken care of it.” I think previous administrations may have set a precedent that we will take care of it, so at least this way it becomes clear one way or the other.”

“It does get very complicated,” Whitfield said. “That’s why we’d really like to get a lot of these things cleared up, so it is very clear to people what the city owns, what the city doesn’t and when they are going to make a change.”

Councilman Andy Fulton pointed out that if a tree falls and damages a neighbor’s property, it would be an insurance issue. Councilman Mike Boyle asked if the tree was dead or alive to which Councilman Fulton stated it would not matter.

“Actually, it does,” Councilman Boyle said. “My neighbor’s tree came down, took out my fence and every one of my trees. His insurance company would not cover the cost because it was a live tree and considered an Act of God. If it was a dead tree, he was responsible for not maintaining it property.”

Whitfield explained that the new ordinance made it much easier for the city to begin cleaning up the paper alley issues.

“The existing procedure would be to have to file in Superior Court for abandonment and have to get DelDOT approval,” Rutt said. “You have to go through a whole process. We did that several years ago with a street that goes across SeaWatch property. The entrance to SeaWatch. There was a paper street next to that. And then we also had to do it at the end of West Clarke Avenue, there’s a section maybe 100 feet and we took it down. We had to go through the adjoining landowners, then paid after we got it all in place, paid for the cost of what expense was and they now own to the center of that land. It is a messy process. This takes care of it so you can do it.”

There was no public comment during that portion of the meeting and the ordinance passed unanimously.

In addition to the sidewalk ordinance, council also passed changes to the wireless ordinance that would require permits for internet or cellular companies to install towers. This ordinance was prompted by an issue that Dewey Beach dealt with when cell towers were placed along the beach. There was no public comment during that discussion and the ordinance also passed unanimously.