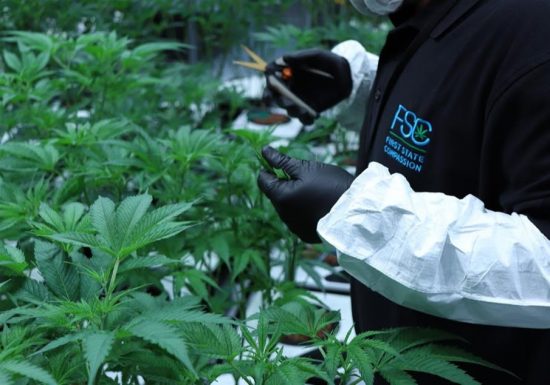 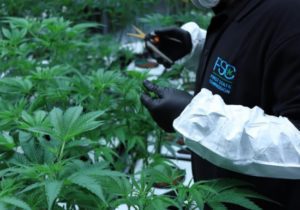 At a recent workshop, Milford City Council discussed a recommendation from City Manager Mark Whitfield and Human Resource Director Jamesha Williams to deny city employees the ability to obtain a medical marijuana card. Because the city receives federal funding, they are required to have a drug free workplace policy. Since marijuana is not approved for medical use by the federal government, the city could lose federal funding without implementing this policy.

“An employer cannot discriminate against an individual getting a medical marijuana card unless the card would cause the employer to lose a monetary or licensing benefit under the federal law or regulation,” Williams said. “In addition, we do have commercial driver’s license holders, those are our Public Works employees. So, those are employees in solid waste, electric, water and sewer. They are required under Department of Transportation to undergo drug testing, which includes they cannot test positive for the substance in marijuana. In addition, the Delaware State Police still prohibits employees and applicants from using marijuana, even if it is legalized through the state. And so, what we want to do with this change is prohibit employees from being able to obtain this Delaware registry card and test positive as an accommodation to having that card.”

Councilman Andy Fulton asked if there was documentation that the city would lose federal funding if they permitted employees to have a medical marijuana card. Whitfield stated that the policy had been reviewed by the city solicitor’s office and because the police receive federal funding, the city was required to adjust its policy.

Whitfield explained that although he shared Councilman Fulton’s sentiments, because the city received federal funding, they were required to have a policy in place that prohibits the use of marijuana. Mayor Archie Campbell pointed out that he recently went through a medical issue with his wife and, although she did not use medical marijuana, had she not had medication available, she would be “in a fix today.”

“There are people on methadone, not because they are heroin addicts, but because of the pain they experience on a day-to-day basis,” Councilman Fulton said. “They’re not heroin addicts but they’re taking methadone and methadone, you used to see methadone and you said “Oh, you’re an addict?” No, it’s treated as a pain treatment. I really can’t believe the federal government has tied the hands and said every city, an entire bank of city employees, are not allowed by federal mandates, you can’t have a medical marijuana card. And I find that really hard to believe. And I’d really like to see written documentation before I would ever want to put something that looks like this into our Milford bylaws. I understand the police, I really do. I understand this guide for police, and I understand because, you know, until they change the way people look at it, it’s a serious issue. Police departments, because it is against federal law, and you have to uphold our laws, federal laws as well.”

Chief Kenneth Brown stated that when he signs any grant documentation, some of which have as many as 14 pages, he must initial each one because they include items the city must comply with and one of them includes a drug free workplace. He also agreed with Councilman Fulton’s sentiments but explained that complying with federal law is something that is heavily tracked with federal grants. Councilman Fulton stated that he understood this rule with the police to which Chief Brown stated that the police department was not separate from the city. Mayor Campbell asked if there could be a clause that forbid the use of marijuana during working hours for those with a medical marijuana card.

“We wouldn’t be able to do that, Mayor, because all employees are in the random drug testing pool,” Williams said. “And so, what will happen is when they get pulled, they will test positive for marijuana even if they did not consume it during work hours.”

Councilman Fulton stated that there were other medications that could show up on a drug test that may make it appear an employee is using something they should not. Williams explained that when an employee goes for a drug test, they provide information on any prescriptions they are taking. The lab can then contact the doctor to confirm that the drug that appeared in their sample was prescribed and the issue only arose if there was no prescription to match a substance in their system. Whitfield also explained that Department of Transportation rules for CDL drivers require them to notify their employer ahead of time if they are prescribed any type of narcotic for pain.

“The problem with medical marijuana, there’s only one test you could do and that is THC,” Whitfield said. “The problem with THC is you cannot tell whether they smoked it two weeks ago or last night or two hours ago in the breakroom. You can’t tell. THC is just in the blood that was tested at this stage of the game. There’s a really good case right now with Kraft Foods in Dover with a forklift operator that ended up testing positive. But again, he had a medical marijuana card.” Williams stated that the case is still in the court system.

As for only applying the ban to the police department, Williams also pointed out that there are employees that work closely with the police that are not actual officers, but they must be coherent while on the job.

“I just really think we need to look at this as a wider issue,” Councilman Fulton said. “I understand about some of the facts and federal funding. I just can’t say this is a great idea. I just can’t say that. Remove a treatment from people, it’s like saying there is only one path of treatment for everybody and that’s not the right path. There’s multiple paths. There’ s different ways to treat every person, every person is an individual and they might need a different medication.”

Councilman Jason James suggested that the matter be discussed at another workshop in the future to allow city staff to gather more details. Whitfield explained that staff had been wrestling with the issue for months and bringing it to council had not been done casually.

“If nothing else in the workshop, at least council can get the education it desires,” Councilman James said. “Because you know, some of us are in industries where there’s regulations that people must follow so they don’t get hurt. I know a lot about this, but I don’t have time in this setting to go into a conversation because we will be here until, but everybody has a need to understand. We don’t disagree about it, but we need to know what the reports and regulations say for ourselves as an educational opportunity.”

Whitfield and Williams agreed to schedule another workshop in the future to discuss the matter in depth.