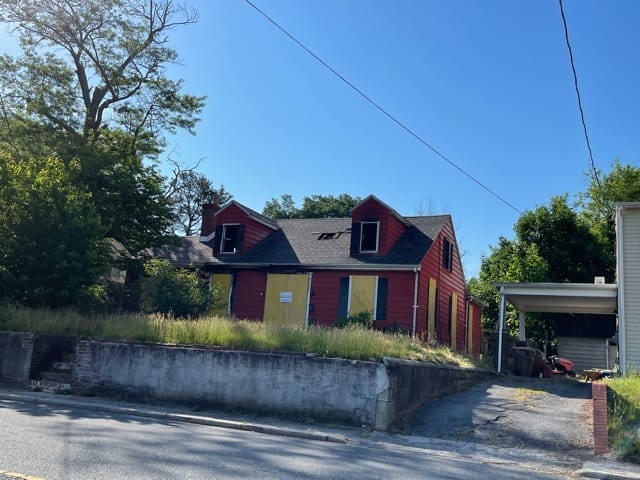 Fire damaged home located on Seabury Avenue to be demolished

Rob Pierce, City Planner for the City of Milford, submitted a request to Milford City Council for $19,500 to demolish a home located at 507 Seabury Avenue that had suffered significant fire damage. Pierce explained that, prior to the fire, the property already had several code violations that had not been addressed.

“When a property or project needs to be cleaned up, we get bids to complete it,” Pierce said. “This property had fire damage to the point that it needs to be razed as it is a hazard. There were also some outstanding violations, such as the abandonment of a swimming pool and general debris that had been in the yard for a while. We had been working with the owners to get a resolution until the fire. The lowest bid we received was for $19,500 and this expense will be attached to the property’s real estate property tax which we would attempt to recover should the property sell.”

Councilman Todd Culotta pointed out that the fire was recent, asking if the property owner had come to the city and asked them to raze the home or had the decision been made by the city to demolish the home.

“I think there is some dispute of ownership,” Pierce said. “I think the owner may have passed away, leaving no one to own the property, or no one is stepping up to own the property. We would do all the notifications if we have not done so already, asking them to raze the structure. If they don’t comply within a certain amount of time, we will do that. I’m sure it has already been set in motion. Our code enforcement would be coordinating with the state fire marshal’s office and the police department to make sure any investigations related to the fire have been concluded and that we could actually move forward.”

Councilman Dan Marabello asked if there was insurance on the property and Pierce stated that he did not know. Councilwoman Katrina Wilson asked what the urgency was to tear down the home if the fire was recent.

“If there is fire damage beyond repair, we go in and take it down,” Pierce said. “We’ve done that on South Walnut Street and we’ve done that with a couple other properties. Nobody’s stepping in to remedy the building, so it is just going to sit there, and the community is going to have to deal with it. I think we should take action, but if council wants to delay, we certainly can.”

Councilman Culotta agreed that the home needed to be demolished and Mayor Archie Campbell pointed out that the owner had a tree growing out of his swimming pool, an issue he had been dealing with for several years. Councilman Culotta asked Mayor Campbell why he had not approached himself or Councilman Andy Fulton who represent Ward Two where the home is located.

“If this has been going on for several years, why is this the first time I am hearing about it?” Councilman Culotta asked. “It would just seem that you would come to one of us who represents the ward if this has been an ongoing problem for so many years.”

Pierce explained that they tried to update the code enforcement website with outstanding violations as often as possible, at least every quarter.

“I think a lot of times people just go to the mayor with a lot of things,” Pierce said.”

Councilman Fulton asked what will happen if the lot is cleared and sold.

“It will sit until property disputes are resolved or until someone sells it off,” Pierce said. “Usually, if there is an ownership dispute, we will continue to cut grass on it until the city or county takes it to munition sale, based on what our finance department wants.”

The request to demolish the property was approved unanimously.