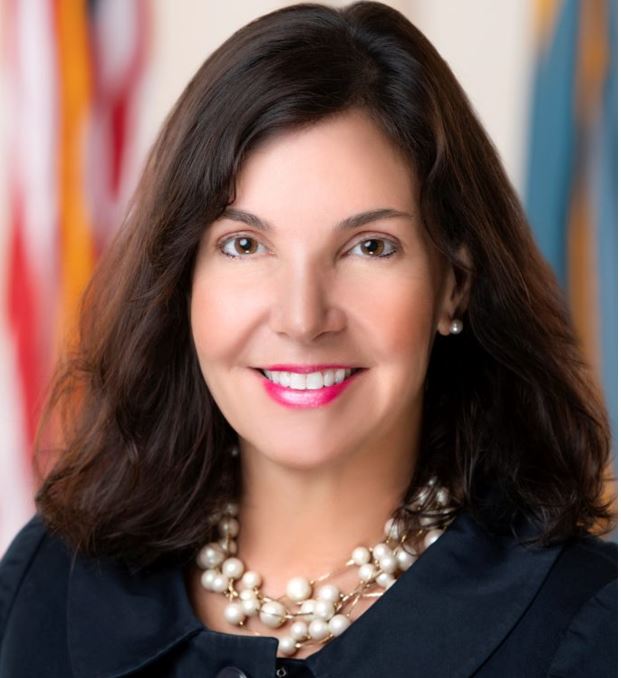 Democratic leaders in the House of Representatives won’t pursue the impeachment of State Auditor Kathy McGuiness or encourage her to step down in the wake of her criminal indictment.

McGuiness was indicted Monday on a slew of felony and misdemeanor corruption charges alleging nepotism, fraud, theft and witness intimidation.

The auditor pleaded not guilty to all charges Tuesday after turning herself in to authorities at the New Castle County Superior Court.

Reps. Pete Schwartzkopf, Valerie Longhurst and Larry Mitchell said in a Wednesday press release that if she’s found guilty, McGuiness’s alleged actions would represent a breach of the public trust that would disqualify her from holding public office.

But to pursue any of several methods of removing McGuiness from office would be “inappropriate at this time,” the legislators said.

“As the Attorney General stated, the investigation is ongoing and we do not wish to complicate, jeopardize or otherwise interfere with the investigatory process or the criminal proceedings that have been initiated,” the press release read. “We will closely follow developments in this case and are keeping all constitutional options open and available.”

Democratic leaders admitted that the ongoing investigation would make it increasingly difficult for McGuiness to fulfill her duties.

Instead, she should take a voluntary leave of absence, they said.

Meanwhile, members of their own caucus have gone a step further.

Rep. Paul Baumbach, D-Newark, said in a statement Tuesday that he appreciates and supports the principle of “innocent until proven guilty,” but that those who serve in elected office depend upon the public trust and must constantly earn that trust, not just during elections.

He said it is hard to imagine a role more closely dependent on the public trust than that of the auditor of accounts, who is charged with overseeing aspects of the operations of every arm of the state’s government.

“I therefore call for the Auditor of Accounts to submit her resignation now, to enable the office to focus on meeting its obligations to all Delawareans without these distractions, and without a prolonged reduction in the public’s trust that Delaware cannot afford.”

She never should have held the position in the first place, Morrison said.

“In 2016, I worked very hard on one of her primary opponent’s campaigns, a very smart and capable candidate with many years of state auditing experience who has always held herself to the highest of ethical standards,” he wrote. “Instead, ‘the Delaware Way’ foisted Kathy McGuiness upon us although she had never spent a day of her career in state auditing or any auditing-related profession.”

Morrison blamed powerful elected officials who “wanted anyone in office except someone who would perform the job of state auditor as they should,” and said they should all take a good look at themselves in the mirror.

Leaders of both of Delaware’s major political parties also called on McGuiness to resign.

Betsy Maron, chair of the Delaware Democratic Party, said in a statement Monday that McGuiness would be doing Delawareans a disservice if she chooses to remain in office.

“When Delaware Democrats supported Kathy McGuiness, they did so on the promise that she would serve as a watchdog to prevent waste and abuse and uphold the highest ethical standard of transparency and fiscal responsibility,” Maron said. “Our volunteers and voters put their faith in her to do right by the people of Delaware. To see that she broke the public’s trust while executing her official duties is disheartening and downright embarrassing to our Party.”

“The allegations, if true, are a very serious breach of public trust. Ms. McGuiness holds an office that was responsible and trusted with being the watchdog of our public funds. She breached that trust seriously. Ms. McGuiness is the fourth Democrat in the last six or eight months who have found themselves in trouble with the law. It’s ridiculous.”

She noted that McGuiness’ indictment comes after Rep. Gerald Brady, D-Wilmington, used a racial slur in a June 27 email, Sen. Darius Brown, D-Wilmington, was arrested on two misdemeanor charges related to an alleged domestic dispute in late May and Rep. Andria Bennett, D-Dover, was charged with third-degree assault in 2020, with charges dropped by the victim in May.

Since her indictment, McGuiness has continued to post regularly on her official Facebook page — but not about the charges she’s facing.

Speaking through her attorney, Steven Wood, the auditor said she is “absolutely innocent of these charges.”