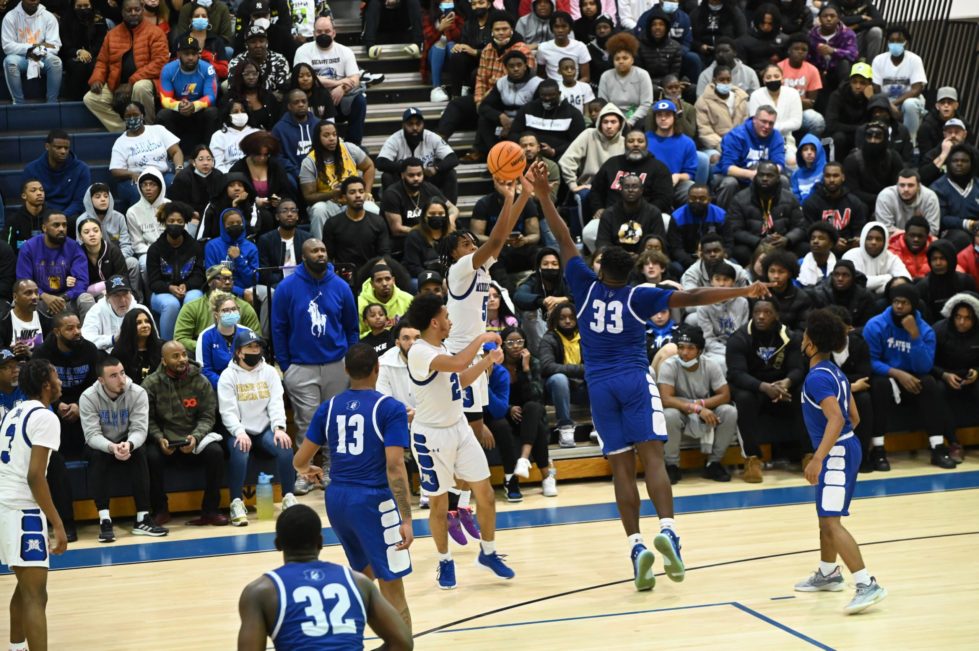 The DIAA boys basketball second round matchup between No. 9 seed Dover and No.  Middletown promised to be an exciting game in front of a boisterous sellout crowd, and it was … for two quarters.

The Dover defense held host Middletown to just 44 points, its lowest offensive output of the season in a convincing and surprising final of 70-44 Thursday night.

These two met Dec. 9 at Dover with the Senators coming from 19 points down for a 58-53 victory. Just like that game, Middletown opened up an early lead of 11-3 with 2:39 to go in the 1st quarter as three different players drained long range shots.

Juniors Ty’renne Hynson, Jaiden McGhee and senior Daren Pope dialed up three-pointers and the Cavalier fans were on their feet. Dover made sure not to fall further behind as they closed the quarter on a 7-2 run to make the score 13-10 going into the second period.

Two minutes into the 2nd quarter, the Cavs still held a 3-point lead, then Jaheim Harrell went on a personal 6-0 run to put the Senators out front for the first time.

After a Jaden Rogers bucket pulled the Cavs to within a point, Elijah Sessoms scored on a “put-back,” Amir Hite nailed a three, and Harrell attacked the rim for another basket to put Dover up 28-18. In the final minute of the half, McGhee made two foul shots and Hynson scored at the buzzer to make the score 28-22 in favor of Dover at the break

The third quarter began with both teams trading baskets. Dover held an 8-point advantage midway through the quarter, then with full-court pressure, created several turnovers that led to an 8-0 run for a 41-25 lead at the 2:30 mark.

The Cavaliers could get no closer than 15 points in the final quarter. With barely 3:30 to go, Dover’s Amir Hite completed the rare “4-point play” making a right-wing three and converting the free throw to make the score 60-37. At that point, the final score was the only thing in doubt.

The Senators out-scored the Cavaliers 42-22 over the final 16 minutes of play to advance to Saturday’s quarterfinals and a date with top-seeded Salesianum on the road.

Dover received balanced scoring as Harrell and Lance Rainford both tallied 16 points. Hite added 15 including 3-three’s, while senior Sessoms contributed with 9 points and a plethora of rebounds. The Senators improved to 19-3 with the win.

Middletown was led by juniors Hynson and Rogers with 9 points each, while juniors McGhee and Amir Cunningham both added 8 points. Those four provide a bright future for Middletown fans next season as the Cavs finished with a record of 15-7.