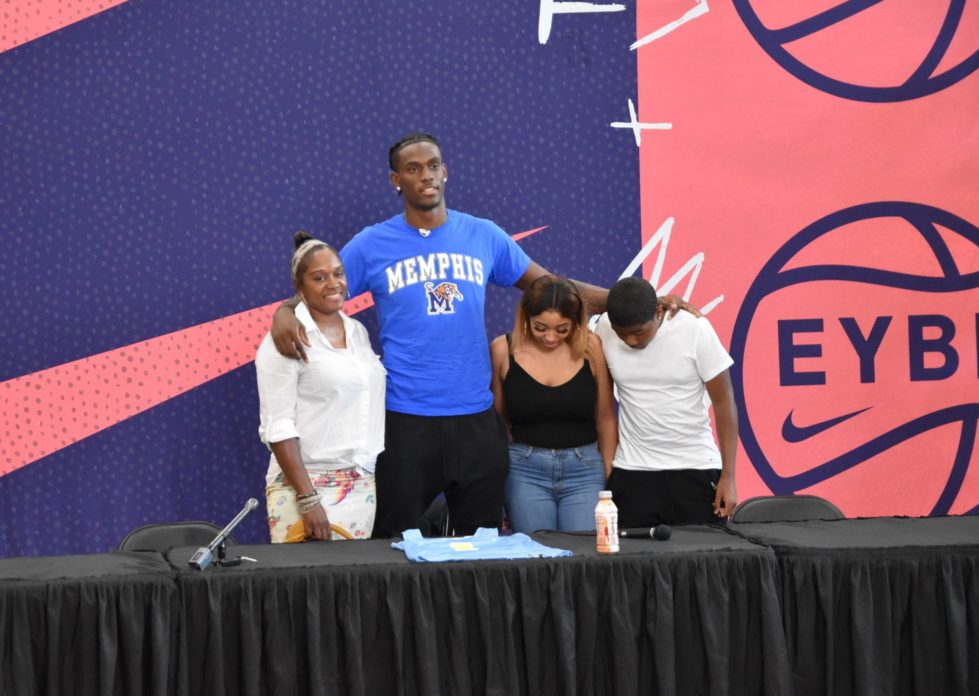 Jalen Duren officially picked Memphis University as the college where he will play his college basketball. In front of the media, fans, friends and family at the Grail Sports Complex Duren made the announcement then removed his jacket to reveal the Memphis shirt he was wearing to make his pick official.

Duren said he knew right after his visit to Memphis that it was at the top of his list of places he wanted to play. Jalen had his list down to 3 colleges: Kentucky, Miami, and of course his choice Memphis plus two professional options of the NBL and the NBA G league.

What really helped him pick Memphis was quote “the atmosphere; it was a welcoming place. He said his decision was made “Mainly on my development, and comfortability. I wanted to be comfortable in my atmosphere, and have the people around me to be comfortable and like I said got the vibe from them. The team I got a lot of love from them and the coaches it was just a very welcoming atmosphere”

Penny Hardaway was a #3 overall pick & had a great professional career with the Orlando Magic playing beside Shaquille O’Neal for a few years. Larry Brown is probably most recognizable in our area because of his time coaching with the 76ers where he led them to the conference finals behind the leadership of Allen Iverson. Larry has spent time in the NBA and the NCAA and is the only coach to ever win a championship in both.

Jalen is the consensus #1 high school player in the country for 2022. However, making his decision to reclassify he will be enrolling at Memphis early which will make him eligible to play for Memphis this season. Duren was asked about the reclassification and he said” I feel like where I am at with my game I need more. I needed to be challenged a lot more. It’s time for me to move up to the next level.”

In his junior year Jalen transferred to national powerhouse Montverde Academy in Florida to play on a national level. Montverede was ranked #1 in the country and won  the national championship with Duren being a big part in that. He was named MaxPreps Florida High School Basketball Player of the Year averaging 15.5 points, 10.6 rebounds and 2.4 blocks per game in NIBC conference play, leading the Eagles to a 12–1 league record (20–1 overall)