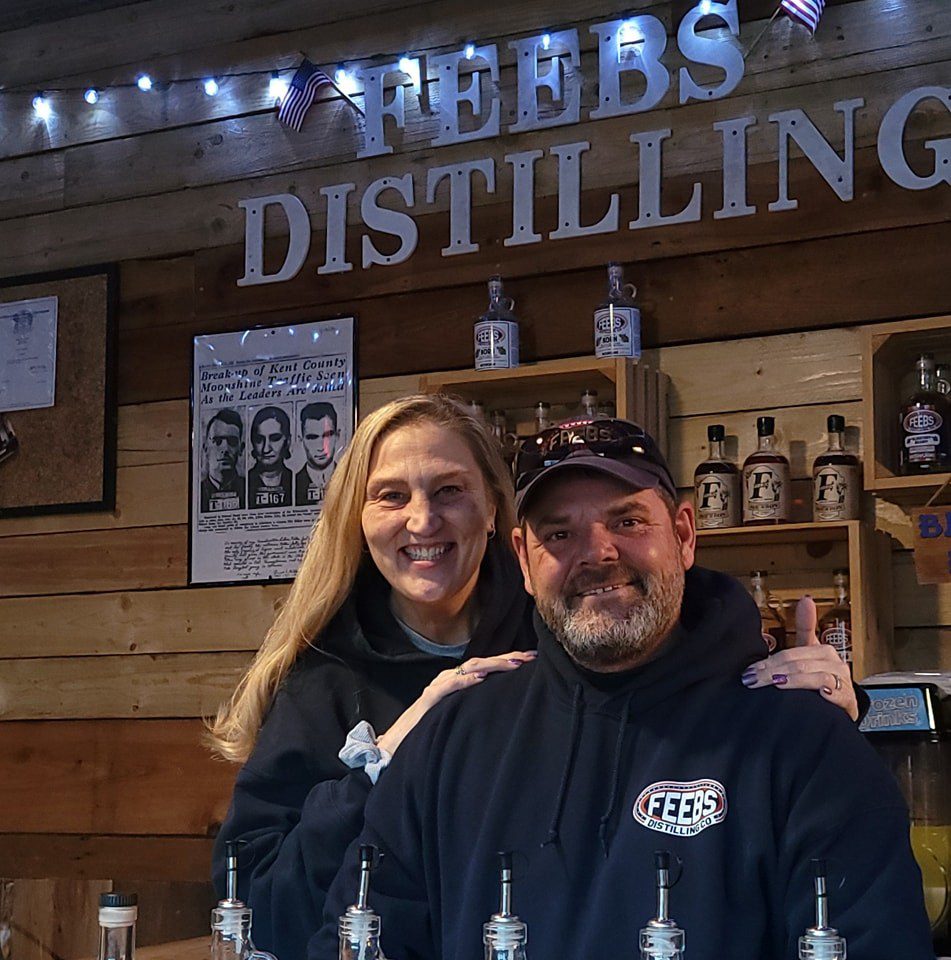 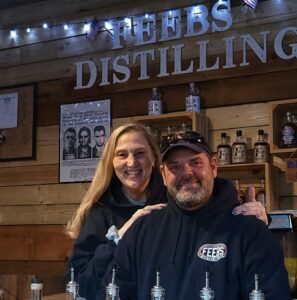 Stacey and Eric Fibelkorn, owners of Feebs Distilling, were given permission to establish outdoor seating at their McColley Street distillery (Photo courtesy of Facebook)

After Milford City Council approved a conditional use permit for Feebs Distilling recently, the tasting room, located at 733 McColley Street in Milford will now offer outdoor seating. This will add 11 seats to the tasting room which already has space for up to 11 people.

“We have a copy of the survey that shows where the outdoor seating will be,” Rob Pierce, City Planner, said. “It would be on the south side of the building. They are also proposing additional parking spaces out front that would meet the parking requirements outlined in city code. The Planning Commission reviewed this conditional use amendment on August 16 and recommended approval by unanimous vote.”

Stacey Fibelkorn, one of the owners of Feebs Distilling, spoke to council about the request.

“Our current space is about 17,000 square feet and 256 of that is my retail space or my tasting room,” Fibelkorn said. “We’re looking to expand that. We recently won Best of Delaware, so we’ve got an influx of people and are bringing a lot of business into Milford. We just want to be able to accommodate those people. We are proposing a 20 by 20 space just outside our overhead door.”

Councilman Jason James asked how far away the nearest residence was to the distillery. Pierce showed an aerial photo of several houses nearby. He explained that the area was zoned I-1, which means it should be all industrial, so the houses were actually non-compliant with the zoning for the area. He also pointed out that the outdoor seating would be on the other side of the building, away from the residences. Councilman James asked if the distillery planned to offer food or anything of that nature or would it just be entertainment and liquor tasting.

“We are a distillery so we make liquor, so there would be liquor tastings and we do offer slushies both for on and off sale,” Fibelkorn said. “When we do events, loud musical things, we apply for the special permit through the City of Milford. As far as the residents, they all receive the same notification, and they were all informed we were a distillery, so they had the right to speak against it when we initially opened there.”

“For the most part, yes,” Fibelkorn said. “As far as my seating goes, if there are extra cars, there’s ample additional parking. Nothing around us is open on the weekend so we are the only business that is done there. We’ve discussed all this with other tenants in the area and they are all aware of what we do.”

The conditional use was approved unanimously. Councilman Mike Boyle stated that this would help an emerging business in Milford and help grow the town’s economy. Councilman Fulton felt the outdoor seating would be a major plus especially if there was ever another need for quarantining.

“I vote yes,” Councilman Todd Culotta said. “This is a perfect example of a small business in Milford that’s had a lot of growth, a lot of success and they have put hard work into building their brand. It’s exciting and I’m excited to see them grow.”

Councilman Dan Marabello was “happy to say yes while Councilwoman Nirmala Samaroo felt outdoor seating was a great idea. Councilman Brian Baer voted yes commenting that he had tried the blueberry liquor there. Councilwoman Katrina Wilson voted yes, commenting she had not been there yet but planned to do so.

“I vote yes,” Councilman James said. “No one knows when the next pandemic will hit. It may be something different than COVID, so outdoor seating is the way a lot of businesses are going for understandable reasons. There are also no objections from their neighbors.”