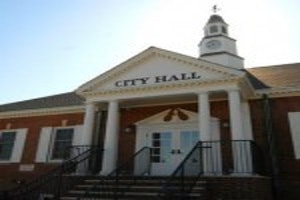 On Mar. 8, the City of Milford Finance and Public Works Committee received an update on capital projects as well as fund balances that remained for many of those projects. James Puddicombe, City Engineer, began with information about water infrastructure projects.

“We received corrected plans for a new vault placement at the Water Tower Altitude Valve at the Caulk Tower,” Puddicombe said. “We are in contact with the contractor and hope to have a quote soon. We did not order the vault yet because, in order to save costs, we will have the vault sent when the ground is opened to avoid hiring a crane to come back out. We can do the adjustments ourselves. A walkthrough was conducted for the Southeast 2nd Street lead service line replacement and a few items identified that are scheduled for completion in the next week or so.”

Well drilling has been completed for the 10th Street Water Facility which will replace Well #1 and construction will begin soon on replacement of Northeast Front Street water lines. The replacement of lead service lines is ongoing and funds within street projects used when opportunity presents itself. The Mispillion Street project includes 21 anticipated lead service line removals. Grant applications were approved to investigate potential solutions for problems at the Southeast treatment facility. Design work to replace Well #16 will begin soon. Concrete asbestos pipe removals are also ongoing, and Mayor Archie Campbell asked Puddicombe to explain why these pipes needed to be removed.

“There is risk anytime you have asbestos because the product is fibrous,” Puddicombe said. “When concrete has asbestos, it usually also has a coating that keeps the asbestos from entering the system. If those pipes crack, you run the risk of small amounts entering the system. We check levels and there has never been anything we need to be concerned about, but since some of these are wastewater lines, the water ends up in a treatment facility that does not treat for asbestos which means small amounts could end up on land as sludge.” City Manager Mark Whitfield explained that because asbestos gets brittle as it ages, there is a risk if a street is paved using a vibratory roller, it could break or crack one of the pipes.

Street surfacing and rehabilitation is also an ongoing project throughout the city and the final utility design for the 2020 streets project is complete. Puddicombe worked with the design engineer to correct ADA conflicts and work should be completed by fall of 2021. KCI provided the city with documents for the Walnut Street pedestrian crossing which will be located on the Walnut Street bridge for review.

“There is a significant lag from when work is authorized and an invoice paid or reimbursed,” Puddicombe said when reviewing financial information about capital improvement projects. “It can take as much as 60 to 90 days. Although only about one-third of funds have been expended, every project is active.”

“The council approval of items has a three-year life, so those 2019 items will fall off and will no longer be appropriated as of June 30, 2021 unless the department heads put them back on the capital improvement plan,” Puddicombe said. “When we bring the new budget to council this spring, we can provide a list of what will fall off the list for next fiscal year.”